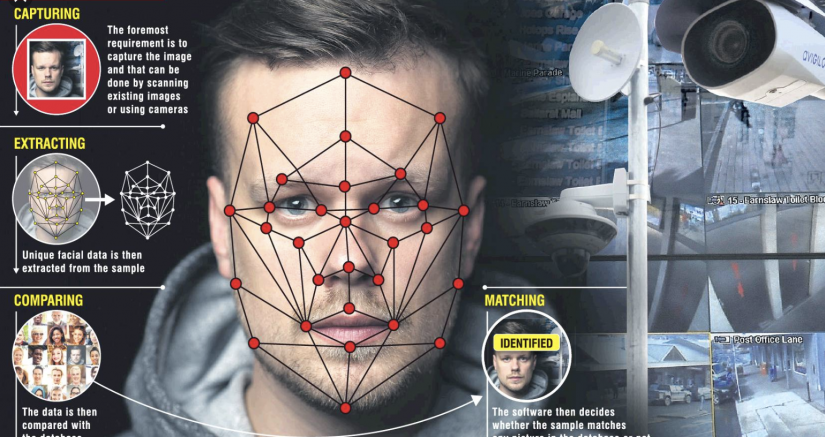 At TruePublica we have written endlessly about the continued slow strangulation of civil liberties and human rights in Britain. We have warned about the rise of a techno-Stasi-state where technology is harnessed and used against civilians without any debate or indeed any real legal framework.  We have alerted the public on the illegal mass data collections by the government and subsequent loss of much it by MI5 who should not have had it all in the first place. We warned against ‘digital strip searches‘ – an activity of the police of the victims in rape cases, and the fact that Britain is becoming a database state. At TruePublica we have tried to press home the story that surveillance by the state on such a scale, described as the most intrusive in the Western world – is not just illegal, it’s immoral and dangerous. (see our surveillance database HERE).

Here is more evidence of just how dangerous and out of hand this creeping surveillance architecture is becoming. An investigation by Big Brother Watch has uncovered a facial recognition ‘epidemic’ across privately owned sites in the UK. The civil liberties campaign group has found major property developers, shopping centres, museums, conference centres and casinos using the technology in the UK.

Their investigation uncovered the use of live facial recognition in Sheffield’s Meadowhall, one of the biggest shopping centres in the North of England, in secret police trials that took place last year. The trial could have scanned the faces of over 2 million visitors.

The shopping centre is owned by British Land, which owns large areas within London including parts of Paddington, Broadgate, Canada Water and Ealing Broadway. Each site’s privacy policy says facial recognition may be in use, although British Land insists only Meadowhall has used the surveillance so far.

Last week, the Financial Times revealed that the privately owned Kings Cross estate in London was using facial recognition, whilst Canary Wharf is considering following suit. The expose prompted widespread concerns and the Mayor of London, Sadiq Khan, to write to the estate to express his concerns. The Information Commissioner Elizabeth Denham has launched an investigation.

Last year, the Trafford Centre in Manchester was pressured to stop using live facial recognition surveillance following an intervention by the Surveillance Camera Commissioner. It was estimated that up to 15 million people were scanned during the operation.

Big Brother Watch’s investigation has also revealed that Liverpool’s World Museum scanned visitors with facial recognition surveillance during its exhibition, “China’s First Emperor and the Terracotta Warriors” in 2018. Director of Big Brother Watch Silkie Carlo described it as “dark irony” noting that “this authoritarian surveillance tool is rarely seen outside of China” and warning that “many of those scanned will have been school children”.

The museum is part of the National Museums Liverpool group, which also includes the International Slavery Museum, the Museum of Liverpool and other museums and art galleries. The museum group said it is “currently testing the feasibility of using similar technology in the future”.

Big Brother Watch’s investigation also found that the Millennium Point conference centre in Birmingham uses facial recognition surveillance “at the request of law enforcement”, according to its privacy policy. In recent years, the area surrounding the conference centre has been used for demonstrations by trade unionists, football fans and anti-racism campaigners. The centre refused to give further information about its past or present uses of facial recognition surveillance. Millennium Point is soon to host a ‘hackathon’.

A number of casinos and betting shops also have policies that refer to their use of facial recognition technology including Ladbrokes, Coral and Hippodrome Casino London.

There is an epidemic of facial recognition in the UK.

The collusion between police and private companies in building these surveillance nets around popular spaces is deeply disturbing. Facial recognition is the perfect tool of oppression and the widespread use we’ve found indicates we’re facing a privacy emergency.

We now know that many millions of innocent people will have had their faces scanned with this surveillance without knowing about it, whether by police or by private companies.

The idea of a British museum secretly scanning the faces of children visiting an exhibition on the first emperor of China is chilling. There is a dark irony that this authoritarian surveillance tool is rarely seen outside of China.

Parliament must follow in the footsteps of legislators in the US and urgently ban this authoritarian surveillance from public spaces.