BigBrotherWatch – The Surveillance State In 2018 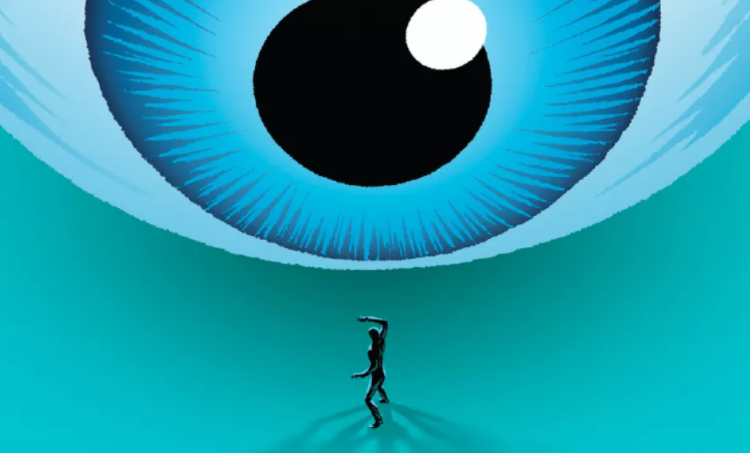 By BigbrotherWatch: We’ve already been given an idea of some of the key surveillance threats to the public’s privacy and civil liberties to come over the next year: the Surveillance Camera Commissioner, Tony Porter, has published his Annual Report for 2016/17.

The Surveillance Camera Commissioner’s Report reveals an expanding of both older and newer tools of the surveillance state, such as Automatic Number Plate Recognition (also known as ANPR) and Automated Facial Recognition (also known as AFR) by the police. While the Commissioner warns about some of the growing risks posed by emerging surveillance technologies, we would also like to see him take urgent action in these areas.

In the Report, the Commissioner lays out the vast amount spent on watching the UK public through CCTV and other surveillance camera technology: estimated at £2.2billion per year. He also states that this figure “may now be much higher than this estimate given the proliferation of cameras being adopted by a wide range of organisations and the increasingly intrusive nature of new and emerging technologies”.

The Commissioner acknowledges the need for public scrutiny of new and integrated surveillance technologies, including Automated Facial Recognition used by the police, echoing Big Brother Watch’s calls for public scrutiny and debate on the unregulated and legally questionable use of this technology by UK police. He recognises the “lack of transparency of its use” and notes that “new and advancing technology, new uses and greater reach into privacy are too important not to give the public a voice and to listen to what they have to say”.

Concerningly, the Commissioner reports that facial recognition was used by the Metropolitan police at Notting Hill Carnival in 2016 only after the Met had “ensured there was significant and meaningful public engagement concerning its use… and this appeared to significantly assuage most people’s fears that its use of modern technology, such as AFR, was not appropriate”. This statement is simply out of touch with reality. There has been a distinct lack of meaningful public engagement on this important topic, and deployments of the technology have sparked outrage and campaigns across civil society.

As to oversight of Automated Facial Recognition, it’s a legal and regulatory grey area, and a policy black hole. The Surveillance Camera Commissioner’s Report rightly criticises “the gaps and overlaps in regulatory oversight of some of these technologies” and questions “which regulator is responsible for oversight of use of AFR [Automated Facial Recognition]?”. The Commissioner concludes that he awaits the Government Biometric Strategy – now six years overdue – to provide “some clarity” as to whether it is up to the Surveillance Camera Commissioner, the Information Commissioner, or the Biometrics Commissioner to scrutinise this invasive technology and to deal with “the increasingly complex issues emerging from this technology”.

In a letter to the House of Commons Science & Technology Committee in late 2017, the Home Office admitted that the Biometric Strategy needed further work and would not be published until some unknown date in 2018. The same Home Office letter also deferred responsibility for the police’s use of Automated Facial Recognition, terming the controversial deployments “operational” decisions for the police. The Surveillance Camera Commissioner’s also notes in his Report that the Government “appears to leave oversight and management of this process solely to the police”. This is simply policy by the back door.

The significant lack of meaningful Government action in this area is a real cause for concern. It is unacceptable that an intrusive technology which engages such significant legal rights as Automated Facial Recognition has not been subjected to public or parliamentary scrutiny. We call on Parliament to urgently consider the infringement of people’s privacy and liberties in police use of Automated Facial Recognition technology.

In addition to the vast network of video cameras watching the every move of UK citizens, the Report notes that police use of Automated Number Plate Recognition, which scans 25 to 40 million car number plates today across UK roads, has created “one of the largest non military databases in the UK”, holding “up to 20billion ‘read’ records”.

The Commissioner reveals that Transport for London is not currently subject to his oversight and is not required to adhere to the Surveillance Camera Code of Practice. The Commissioner argues it should be, and we agree, especially in the context that TfL has recently agreed to share thousands of its ANPR cameras – from a total approx. network of 20,000 ANPR and CCTV – with the Metropolitan Police. The Report also notes that universities, schools, and the NHS are significantly outside the scope of regulation by the Surveillance Camera Commissioners.

With regards to Body Worn Video, the Surveillance Camera Commissioner criticises the fact that “where digital evidence had been part of an investigation”, including Body Worn Video, Automated Number Plate Recognition and CCTV, there is no data “to show how they assisted in tackling crime”. Our 2017 report on police use of Body Worn Camera laid bare the lack of statistics kept by the police evidencing the effectiveness of body worn camera in securing convictions – there were none. This is echoed by the Commissioner in his Report, and we agree with the SCC that “given the investment in video camera technology this is clearly not acceptable”.

One particularly worrying note in the Commissioners report is his uncritical consideration of the idea that all surveillance cameras run by local authorities, the 43 police forces across England and Wales and the thousands more owned by private and public sector organisations could be “joined up to provide a more holistic and smart approach to surveillance” in a colossal, unified surveillance network. The Commissioner is responsible for providing advice on the effective, appropriate, proportionate and transparent use of surveillance camera systems – surely he should recognise that the suggestion of such a network of nationwide surveillance cameras is absurd.