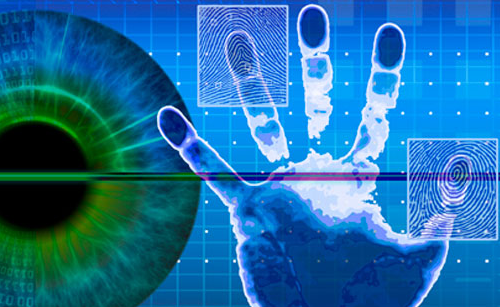 By BigBrotherWatch: The Biometrics Commissioner has published his third annual report on the Retention and Use of Biometric Material.

Whilst not telling us anything we didn’t already know, the Commissioner has seen fit to publish, in black and white, exactly what the current game of play is with regards to the Home Office’s desire to see the use of facial biometrics become a critical part of policing going forward. It doesn’t look good.

For those of you following our FaceOff campaign and the work we are doing on the creation and use of facial biometrics by the police in the UK, it makes for some essential reading. In particular around the request for removal of custody images, the control of the databases images and facial biometrics and the intention of Government to further advance facial biometrics despite continuing to fail to publish a biometric strategy. Here’s an overview of what was said by both the Commissioner and in response the Government.

The Commissioner makes 100% clear that “the use of facial images by the police has gone far beyond using them for custody purposes.”

He challenges the Home Office’s belief that deletion of a custody image should only occur following a request for removal.  He makes clear that the Government’s proposals for removal by request rather than automatic deletion “are complex and will require a great deal of individual decision making resulting in high compliance costs and, in spite of guidance, may lead to forces exercising their discretion differently thereby resulting in a postcode lottery.”

He adds emphasis to this by showing that the current process of requesting removal of DNA and fingerprints is “restrictive” and therefore “not encouraging” when it comes to creating a reliable process of removal for images and facial biometrics based on the Government’s preferred approach of request for removal.

He indicates that the Home Office, despite encouraging the National Police Chiefs Council (NPCC) to take over responsibility for developing and owning police IT systems, are intent on maintaining control of the main IT systems for fingerprints, DNA and therefore most likely the database for facial biometrics.

The Programme, and therefore the Home Office, the Commissioner says, are “developing replacement biometric databases apace but not developing quality or governance processes in parallel” indeed he emphasises that there is a “lack of clarity about future governance”.

This is profoundly worrying and appears to be a signal that the protection of freedoms of citizens faces, images and facial biometrics are of no concern or consequence to the Home Office and the Government as a whole. They are willing to invest vast sums in the new intrusive surveillance technology, but not in the systems needed to make them safe, accountable and fair.

Our privacy and civil liberties therefore are at risk. As the Commissioner himself emphasises, though in rather complex language, we all “leave records of our activities across public and private databases and in public spaces which, if analysed holistically, provide multiple ways of checking identity, modelling the patterns of our social behaviour, collecting or inferring our attitudes and recording our activities, movements and decisions.”

He rather chillingly adds that “we should now add sociometrics” to biometrics – the idea that there is no aspect of society which cannot be tracked, monitored, analysed, assessed and stored.

In the Government’s response, also published today, we found little to indicate they have taken on board any of the Commissioner’s grave concerns.

The response expressed ongoing support for the request for removal process which they announced in their Review of the Use and Retention of Custody Images published in February 5 years late, indicating that they believe this approach as opposed to automatic deletion, “strikes a reasonable balance between privacy and public protection”.

Furthermore, the response indicates that the Government believe because big business already do “big data” analytics on us all, they think the public won’t mind if the Government do the same.

This approach is frankly tiresome and one we hear all the time from the Government. To be blunt, Government should not be taking the lead from business, but should be developing and promoting an alternative approach not based on hoovering up data, creating biometrics and conducting “sociometric” analysis on citizens.  They should be encouraging a more ethical, more moral, more privacy and security friendly approach to data and biometrics and citizen privacy, security and civil liberties.

It is abundantly clear that the Home Office are blithely encouraging police forces to build, use and embed facial biometric recognition technology into policing, whilst ignoring the need for parliamentary oversight, scrutiny, regulation or legislation of their plans. Hardly the actions of a democratic Government.

If you want to take action against their plans and actions surrounding facial biometrics, YOU NEED TO TELL YOUR MP what is going on and ask them to speak out and challenge the Home Office’s approach.  Only with your support might we stand any chance of evoking change.

Go to the FaceOff campaign today, sign the petition but more importantly take 10 minutes to WRITE TO YOUR MP.