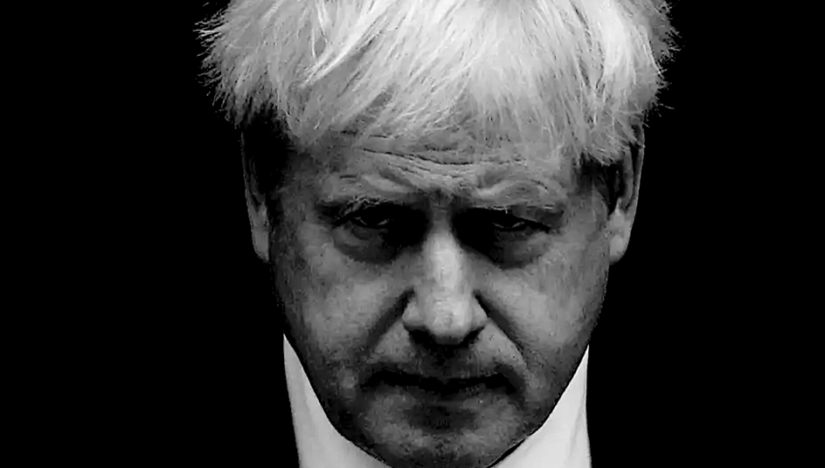 By TruePublica: Boris Johnson is accused of a ‘cover-up’ over Kremlin interference, just as major new Russian donations to Conservatives are revealed – much to the astonishment of supportive nations around the world. Despite previous Tory pledges to distance themselves from Russian money as a result of the biggest global expulsion of Russian diplomats in history – the British government is found to be awash with money from a hostile foreign power.

It was June 29th when Theresa May told President Putin that Russia cannot have a normal relationship with Britain until it halts its “irresponsible and destabilising activities.” Just hours earlier the Russian president has declared liberalism obsolete. Mrs May then vowed to “unequivocally defend liberal democracy”. The diplomatic fallout emanated from the poisonings in Salisbury.

Subsequently, twenty-three Russian diplomats were thrown out of the country. America threw 60 out. Then another twenty countries, from Australia to Finland acted and threw scores of Russian ‘diplomats’ out of their territory on the basis that they too were Russian spies.

“Together we have sent a message that we will not tolerate Russia’s continued attempts to flout international law and undermine our values” – Mrs May said. The Russian government called the expulsions “a provocative gesture” and said it would retaliate in kind.

America, Germany, France, Poland, Lithuania, Czech Republic, Denmark, Italy, Netherlands, Estonia, Latvia, Croatia, Finland, Hungary, Sweden, Ukraine, Albania, Macedonia, Canada, Australia and Romania all backed Britain. Iceland announced it would not be sending officials to the World Cup in Russia and a handful of other countries stood in solidarity with Britain at her request.

It was the largest collective expulsion of Russian intelligence officers in history – at Britain’s request.

It was the largest collective expulsion of Russian intelligence officers in history – at Britain’s request.

Those countries that stood behind Britain will be looking at her in utter astonishment that the current British government is in fact part-funded by the Kremlin. It is an international act of absolute betrayal, one that will cost Britain in the future.

openDemocracy has investigated and found well-connected Russian oligarchs and companies heavily involved in lobbying for Russian interests who have stepped up their funding of the Conservative party in recent months.

The news comes as Boris Johnson stands accused of presiding over a “cover-up” over his government’s refusal to release a report into alleged Russian interference in British politics.

By far the largest recent Russian donor has been Lubov Chernukhin. The wife of a former Russian deputy finance minister, Chernukhin has donated more than £450,000 to the Conservatives in the last year.

With the Conservatives looking to raise £30 million ahead of December’s general election, major funders to the Tory campaign war-chest are expected to include a number of existing Russian donors.

According to filings at the Electoral Commission – between November 2018 and October 2019, the Tories (have officially) received at least £489,850 from Russian donors’ In May, the Conservatives also received almost £20,000 from a lobbying company closely connected to both Russian interests and the upper echelons of the Tory party.

Founded by former Ulster Unionist MP David Burnside, New Century Media was paid by the Kremlin to promote a “positive image” of Russia in the UK in 2013.

New Century Media, which has donated more than £177,000 to the Conservatives over the last decade, previously arranged for Vladimir Putin’s judo partner to meet then-prime minister David Cameron at a major Tory fundraising event in 2013. Burnside has also represented Dmytro Firtash, a Ukrainian oligarch close to Putin, who is wanted by the FBI on bribery charges.

New Century Media has also represented Gerard Lopez. The former Formula One chief who has close business ties with senior figures in Putin’s Russia came under fire from Labour MPs when he donated £400,000 to the Conservatives in 2016.

Lubov Chernukhin, the most generous Tory donors in recent months, is a long-standing party supporter who has donated more than £1.2million to the Conservatives. In February, Chernukhin attended the exclusive Black and White Ball for major Tory donors in Battersea Park, where she also paid £135,000 at an auction to have dinner with Theresa May. Chernukhin also gave almost £15,000 to the constituency office of then Conservative Party Chairman Brandon Lewis MP, now the Minister of State for Security.

Chernukhin had previously paid £160,000 to play tennis with Johnson and David Cameron in 2014. She has also paid £30,000 to have dinner with Defence Secretary Gavin Williamson.

Alexander Temerko has also been a long-time supporter of the Tories. Temerko, a regular attendee at the Conservative Leaders Group of major donors, has links to the highest levels of the Kremlin.

Temerko has presented himself as a critic of Brexit, but earlier this year, a Reuters investigation reported that the Russian magnate had privately argued pro-Brexit views, and had admitted being involved in an unsuccessful attempt led by members of a group of hardline Conservative MPs, the European Research Group, to remove Theresa May as leader in December 2018.

The Russian magnate had privately argued pro-Brexit views, and had admitted being involved in an unsuccessful attempt led by members of a group of hardline Conservative MPs, the European Research Group, to remove Theresa May as leader in December 2018.

Temerko is said to be particularly close to Boris Johnson. The two men sometimes call each other “Sasha”, the Russian diminutive for Alexander, which is Johnson’s real first name, and which his closest friends call him. The Russian businessman told Reuters that when Johnson was Foreign Secretary, the pair would often “plot” late into the evening over a bottle of wine on the balcony of Johnson’s office at parliament.

Labour MP Ben Bradshaw has said that openDemocracy’s new findings make the release of the Intelligence and Security Committee report even more urgent. “We know the Kremlin interfered in the 2016 US presidential election and in our EU referendum, and nothing has changed since then. We are now embarking on the most important general election of our lifetimes without any confidence that it won’t be subverted by a hostile foreign power.”

Tamasin Cave from transparency advocacy group Spinwatch said: “Why are powerful Russian interests donating money to the Conservatives? Is it political, or commercial, or both? What are their interests in propping up Boris Johnson’s government? And particularly a government that is refusing to release a report into Russian interference in our politics?”

Boris Johnson’s policy writer and architect of this December’s election manifesto is Munira Mirza. She was a member of the Revolutionary Communist Party, a small Trotskyist group that dissolved in 1997. She contributed to its magazine, Living Marxism, which was dissolved after losing a libel case to ITN over the Bosnian Genocide. The magazine was replaced by Spiked for which she has written articles. Spiked is part-funded by an extreme free-market right-wing American outfit called the Charles Koch Foundation which has been largely attributed with corrupting American politics for decades. The Koch business has continually attracted controversy and been accused of stunning business malfeasance. More recently, their involvement in distributing ‘dark money’ has come to light – and is again, linked to Brexit.

Add to this that now Dominic Cummings, Johnson’s most senior political advisor has questions to answer over his three years spent in Russia and connections to the Kremlin and it is not hard to join the dots. The current Conservative party has swung very hard right. That direction leads to authoritarianism and the international expert of that is Russia.

“With loyalist security forces, a subservient judiciary, a controlled media environment, and a legislature consisting of a ruling party and pliable opposition factions, the Kremlin is able to manipulate elections and suppress genuine dissent. Rampant corruption facilitates shifting links among bureaucrats and organized crime groups.”

If Boris Johnson wins this election and a new five-year term, it is not in the slightest a difficult jump for this government to reach the lower edges of that description. We now have a Terrorism Act where state agencies can have people arrested for not paying parking fines, an Espionage Act where whistleblowers and journalists can be jailed as foreign state spies and a police force just found guilty of closing down the capital and illegally arresting hundreds of peaceful protestors. It is, as I keep saying – Britain’s current political trajectory.