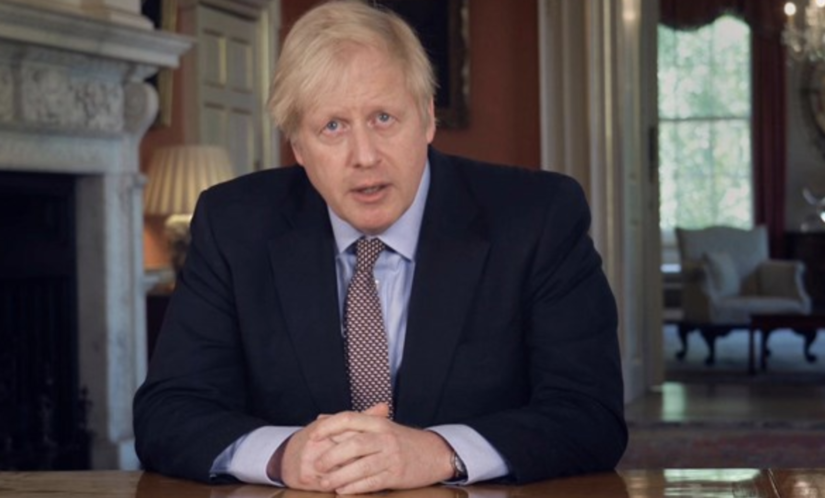 By Rob Woodward – TruePublica: Many are very angry at Boris Johnson’s pre-recorded speech last night to the nation, not least, his own cabinet who were essentially left out of the discussion prior to recording. I’ve also spoken with a few members of the Tory backbenchers who are not satisfied that the speech did anything at all to help business and there is growing anger that the government is losing control of the crisis.

The leaders of Scotland, Northern Ireland and Wales are unified – they are not doing what Westminister is telling them to do because the messaging around government by slogan has gone wrong. Boris Johnson is losing the informational war quite quickly now, is getting desperate and is visibly shifting the blame onto the public.

The Prime Minister is urging millions of non-essential workers to go out to work – but also telling people they still can’t see family or friends even if they maintain the same social distancing rules as non-essential workers at work. This is not supposed to make sense – it is designed to cause confusion because the very same people who convinced millions to vote for Brexit and for Johnson at the last election don’t mess up messages like this.

Even the MSM media is moving against the PM.

Krishnan Guru-Murthy – Channel4 News opines – “It seems to me the significant thing that happened tonight was that the government placed responsibility for the infection rate on the public taking sensible decisions. So if infections and deaths go up again it will be the public not the government that caused it.”

Adam Boulton – political editor at Sky News asks: “I’m confused? What when where how?”

Laura Kuenssberg from the BBC had nothing to say!

Comedian Matt Lucas posted a 17-second video on Twitter than in just a few hours had been watched over 2 million times. It focused on Boris Johnson’s mixed message.

The No1 trending hashtag in Britain last night was #BorisHasFailed

At first glance, it is easy to come to the conclusion that it’s hard to imagine a greater display of inept leadership and muddled thinking than Boris Johnson just put out there. But there’s a plan in play here – and its a desperate one.

First, it was the experts who got thrown under a bus by Johnson’s team as they saw they were losing the propaganda war. They are now attempting to distance themselves from a government becoming more toxic by the day. Then it was Public Health England who realised they are next in the firing line and are fighting their own battles to ensure blame is deflected away from them – and as TruePublica quite rightly predicted, third in line is Matt Hancock, who last night ended up defending himself publicly against negative briefings over his competence.  Finally, of course – the public will be at fault.

All of this is confirmation that the Boris Johnson government have completely failed the challenge that COVID-19 has brought. For perspective, Japan is an island nation and has a full democracy that punishes its leaders for failure and especially for lying to the electorate. It has a population of 126 million – has had 624 deaths at 5 deaths per million as a result of COVID-19.  The UK has a population of 67 million had nearly 32,000 officially recorded deaths at 429 deaths per million (source: worldometer)

If ever there was a demonstration of abject failure it is that the UK government has failed its people miserably and with deadly consequences – and is then attempting to blame them for it.