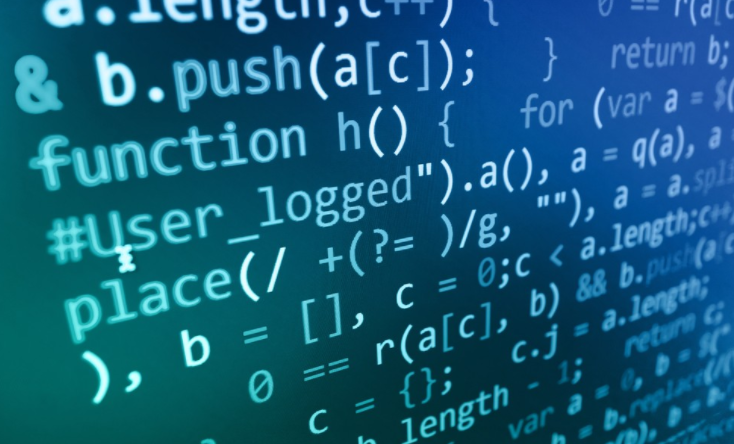 “This is Britain in 2017. A Britain that increasingly looks like a “managed” democracy. Paid for by a US billionaire. Using military-style technology. Delivered by Facebook. And enabled by us. If we let the EU referendum result stand, we are giving it our implicit consent. This isn’t about Remain or Leave. It goes far beyond party politics. It’s about the first step into a brave, new, increasingly undemocratic world.”

By Graham Vanbergen: This was the last paragraph of a near on 6,000 word piece written by Carole Cadwalladre entitled “The great British Brexit robbery: how our democracy was hijacked” – and it was by far the most important article The Guardian has printed for some time. I’ve spoken to several friends who I shared the link with and not one got to read this paragraph. The article was too long and too technical. They struggled to comprehend the implications of what was written and this is understandable given the complexity of the detail. It was really three articles mixed into one. They gave up about half way through and were little the wiser. But its importance cannot be understated.

Cadwalladre starts her disturbing piece describing how “a shadowy global operation involving big data, billionaire friends of Trump and the disparate forces of the Leave campaign influenced the result of the EU referendum.” I did a piece that laid out a similar scenario a month earlier entitled “The Link Between Brexit And The US Election, MI6, Fake News And Dark Money” but it didn’t delve as deeply into this shadowy operation in quite the same way – but my instinct for all this skullduggery was spot on. This might already seem difficult to absorb, but bear with me, it’s only a five minute read from here.

Cambridge Analytica (CA) are at the heart of this operation. Its parent company was SCL (Strategic Communication Laboratories) Group, a private British behavioral research and strategic communication company. They use psychological warfare strategies to win elections in the kind of developing countries that don’t have many rules. A secretive hedge-fund billionaire owns CA. Another character involved in this sordid tale is the billionaire co-founder of eBay and PayPal.

The article demonstrates that an authoritarian surveillance state is being constructed in the US and how democracy in Britain was overturned and corrupted by US billionaire’s. There are references to a right-wing ‘propaganda machine’ and the link with Donald Trump and his chief strategist Steve Bannon – a former media executive and film producer and Goldman Sachs banker with very right-wing attitudes.

Then we have accusations of improper use of funds, illegal use of data and that the activities of CA went far beyond the jurisdiction of UK laws. Illegal coordinated campaigns between rival political parties to secure Brexit are mentioned as are huge sums of money poured into database collections and even military strategies that may have been used in British and US elections. Financial caps and regulations enshrined into British law to protect democracy were disregarded.

Cadwalladre makes the point that a military contractor is using military strategies on a civilian population to sway a national result, in this case, Britain’s EU referendum. Cadwalladre is supported by a UK based professor of sociology who says it is “an extraordinary scandal that this should be anywhere near a democracy” where psychology, propaganda and technology are fused together.

And who facilitated this huge data bundle that usurped Britain’s democracy – another American transnational corporation called – ‘Facebook.’ As the article points out “Facebook was the source of the psychological insights that enabled Cambridge Analytica to target individuals. It was also the mechanism that enabled them to be delivered on a large scale.” In last week’s Panorama documentary, Facebook were accused of not being just a social media platform but an important political player who was decisive in the US presidential campaign from which it earned $250million. Similar accusations are made with regard to British elections and especially the EU referendum.

Other campaigns used negative systems such as voter disengagement and suppression tactics – used to persuade some voters to say at home.

“This is military-funded technology that has been harnessed by a global plutocracy and is being used to sway elections in ways that people can’t even see” – says another expert. The general consensus is that we (the people) are in an information war with the billionaires who end up controlling government and that we are in very ‘worrying times’ and that all this is ‘profoundly unsettling’.

But what it’s all about is that so much data is in the hands of a bunch of international plutocrats to do with it what they will, is absolutely chilling.

And this strategy is quite clearly working. The company that helped Trump achieve power in the first place has now been awarded contracts in the Pentagon and the US state department. Its former vice-president now sits in the White House.

The article continues with the big media players, who have used disinformation campaigns. More than a billion adverts reached ‘persuadable’ voters in the last days before the referendum. There is the hint that Britain and America’s spy agencies, GCHQ and the NSA have some involvement, that senior members of political parties like UKIP and activist organisations such as VoteLeave and Leave.EU were intimately involved in CA and others that intentionally swayed the result using subversive strategies intent on getting around laws.

In the end, as the article points out, “Brexit came down to “about 600,000 people – just over 1% of registered voters”. It’s not a stretch to believe that a member of the global 1% found a way to influence this crucial 1% of British voters.”

You would think the electorate and its representatives in parliament would be ‘up in arms’ to think that a small clique of American billionaires had changed the course of history in Britain. That a new referendum might be considered, inquiries demanded, that individuals warrants would be issued to those deliberately usurping British democracy and its future prospects. But nothing will happen. We now have a government that has just called a snap election specifically to shore up its power base. It has only just been conveniently let off the hook by 29 police forces for financial irregularities with regards to the 2015 election. And as Cadwalladre says it’s about an election “designed to set us into permanent alignment with Trump’s America.”

In short, Cadwalladre has echoed what I said a month earlier – America has just highjacked Britain. Even if you voted for Britain to leave the EU, you should feel outraged that in the end, this was not a clean fight. You should feel outraged that Britain, already a lapdog to the awful ideology that now America represents, is now under the jackboot of Donald Trump’s fascism?

For all of the mainstream media’s constant whining of Russian influence on both sides of the pond, it turns out our so-called closest ally – just shot us in the back.

You now know it the EU referendum was rigged in a very special and technical way. I would rather stay in the EU and influence it than be faced with what is coming down the line next. America, not satisfied with destroying its own country is coming for what is left of ours and this current government is going to facilitate it along with a few billionaire media barons.