Britain To Become A One Party, Authoritarian Surveillance State 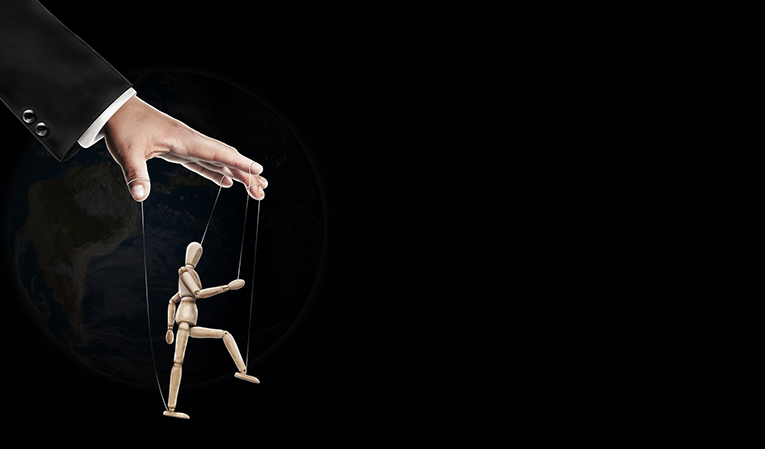 By Graham Vanbergen – Since Tony Blair took a reinvigorated Labour Party in 1997 to reform the country for the better after Margaret Thatcher introduced the American model of ‘individualism’ and extreme capitalism where a corporate feeding frenzy got underway, there was considerable hope that Britain would rise to the real challenges of the 21st Century. Instead, Blair, in his infinite wisdom, trashed not just the Labour party but damaged trust in politics like no other scandal in British history. And here we are.

Before becoming an MP and as it turned out, the longest serving (6 years) Home Secretary in 60 years, Ms May’s CV includes working at the Bank of England and in financial services.

Mrs May has a somewhat dubious voting record when considering her vow just last July to look after the interests of the many rather than just ‘the privileged few’ when accepting the role of unelected PM.  She voted for the Iraq invasion in 2003, abstained from the smoking ban in both 2006 and 2014, she voted in favour of destroying Libya in 2011, voted for the bedroom tax and against scrapping it in 2014, voted for attacking Syria and backed the Remain campaign. May is a supporter of privatising Britain’s public services.

In her role as Home secretary Theresa May resided over the Yarl’s Wood detention centre scandal, failed to identify the child rape rings of Rotherham, Rochdale, Sheffield, Bradford and Oxford and subsequent cover-ups involving the police, politicians and several ‘establishment’ judges, all of whom resigned or who kept shtum.

“The nadir of this phenomenon was Operation Midland, one of the most disgraceful episodes in the history of modern British policing. Millions of pounds were spent investigating allegations that various former ministers, intelligence chiefs and other top officials had been part of a paedophile ring that raped and murdered young boys. The fact that that both Detective Superintendent Kenny McDonald, the senior officer on this case and his boss, Sir Bernard Hogan-Howe, emerged from this sinister debacle with their jobs, was rather more illustrative of Mrs May’s real attitude to the policing establishment than her famous speech to the Police Federation in 2014.”

May left the Home Office with a fully demoralised police force and saw net migration promises of the ‘tens of thousands’ reach a third of a million a year, hardly surprising given her well documented chaotic management of the Britain’s border arrangements. The number of people refused entry to the UK fell by 50 percent whilst illegal immigration soared.

Then she was involved in the Trojan Horse affair in Birmingham’s school’s and the firing of the Education Secretary amongst a few more rather dubious ducking and diving events that has kept her image intact.

But it should not be forgotten that Theresa May has a seriously authoritarianism streak and that does not bode well for the rest of us. She doesn’t like bad press or the truth as you and I would call it. An article by Jonathan Foreman from the Telegraph headlined “Theresa May is a great self-promoter, but a terrible Home Secretary” was pulled and withdrawn from the internet after pressure from her campaign team. This has even happened with criticism directed at her by the BBC as you can see HERE.

Theresa May has real authoritarian form. She has been involved in the censoring of over 1,000 pages of information on the internet each week, introduced secret courts, proposed the scrapping of the Humans Rights Act, classified non-violent activism as terrorism, allowed ministers and government agencies to veto Freedom of Information requests, condoned the arrest of journalists under the anti-terrorism act, forced schools to hand over private pupil information and even threatened a 7 year-old with deportation. Tom Pride‘s excellent piece provides all the links for the above and quite rightly states that “Britain is fast becoming a civil liberty free zone.”

No sooner had our new prime Minster arrived at No10, she ordered a clampdown on her own ministers speaking, or even making contact with journalists without gaining explicit prior permission from her office.

The Observer and Guardian headlined “Ministers Alarmed Over No10 clampdown on Media Links “and went on to say “three government ministers separately told the Observer that they found the level of control alarming, and that they believed it had been introduced to ensure the government spoke with one mind and consistently on all policy matters. One said: “Any media bid now has to be approved, any quote has to be approved, even if it is with a local television or a radio station on a local issue. It is very frustrating and there is a lot of irritation. It means nothing can be done spontaneously even if it is on subjects that are entirely uncontroversial and show the minister and government in a good light.” They were highlighting what they termed ‘control freakery” at the heart of the new government.

Another article reports that: “The slide towards authoritarianism was clear in recent assertions that much of the EU legislation currently regulating our society will be changed, not by an act of parliament, but by undiscussed ministerial orders.” Even the rabidly right-wing Telegraph complains about Theresa May “In Britain there’s an authoritarian trend” which quotes arch-enemy No2 (behind illegally imprisoned Julian Assange in London) Edward Snowden.

Vice UK describes May as “Blandly Authoritarian,” and across the pond CNN reports that Theresa May’s “extension of near-total power has become a cause for serious concern” and that’s from a country with an orange Ceasar.

A whole host of mass spying and surveillance systems introduced by our now PM is described by many commentators as; totally out of control, extreme, beyond Orwell’s worst fears, worse than scary, the most intrusive in Western history, the most spied on in the world and the worst surveillance offender in the modern world. The UN has valid concerns as well by saying “that the impact of this extreme legislation (Snoopers Charter) will be felt around the world, and copied by other countries.”

As Home Secretary Theresa May presided over the completely illegal practices and antics of MI5 and their accomplices at MI6 along with the lawlessness of America’s NSA and CIA involving all sorts of projects and missions too numerous to mention, but some of the most notable; involvement in the illegal extra-judicial assassination‘s of British citizens, citizenship stripping, spying on friendly nations and leaders, not to mention knowledge of kidnap, complicity in forms of torture and doing little to stop executions of political dissidents and opponents.

TechDirt summed it up two years ago “We’ve written a few times about Theresa May, who seems to have scarily authoritarian, anti-democratic and anti-free speech views.”

The fact is this; we have a leader about to ascend to the throne of absolute power with no opposition who clearly harbours authoritarian views at the centre of the worlds biggest and largely illegal surveillance system who views civil liberties and human rights as little more than an inconvenience. Make your own mind up as to where you think this is going.