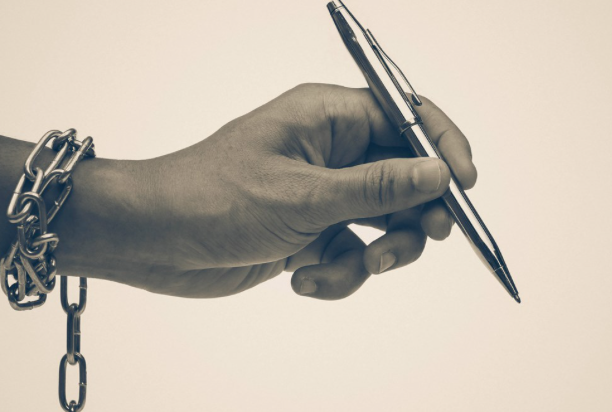 By Graham Vanbergen: There is something really quite worrying happening to Britain. We now have the most draconian state surveillance powers ever devised hanging over the entire population. Just six billionaires now run over 80 percent of the media where true editorial independence simply doesn’t exist and where corporate advertising revenue leads to censorship of their awful behaviour. Internet service providers and search engines now have the power to censor any information at will and given the scale of complaints globally by independent media outlets, they are using that capability to the full. In the meantime, the British government continues its assault on press freedom and by implication – democracy itself. There’s a reason.

We have known for years that the British intelligence services manipulate the press. Roy Greenslade, who has been a media specialist for both the Telegraph and the Guardian, said: “Most tabloid newspapers – or even newspapers in general – are the playthings of MI5.”

What is worse though than blatant propaganda is that press freedom in the UK is plummeting and doing so by design. This is confirmed by the fact that the UK has fallen two places to 40th out of 180 countries, down 12 places in the past five years alone. We lag well behind countries such as Ghana (26th), Namibia (24th) and Surinam (20th). At this rate, Tonga and even Botswana will be ahead of Britain in just two years time! In one example, the Botswana government stands accused of conducting a vicious cyberattack last year against an independent newspaper that destroyed more than a decade’s worth of its archived data. Botswana also remains without access to information laws and press freedom and neither is guaranteed in its constitution. But Botswana will have more press freedom than Britain does soon.

Other leading democracies have also fallen. It is not surprising that the US fell to 43rd – in a year in which the new president and leader of the (so-called) free world – called the press an “enemy of the American people” and anything he does not agree with as ‘fake news’.

The 2017 Press Freedom Index by Reporters Without Borders (Reporters Sans Frontières or RSF) were pulling no punches when it came to describing why Britain is doing so badly.

“A heavy-handed approach towards the press – often in the name of national security – has resulted in the UK slipping down the World Press Freedom Index. Parliament adopted the most extreme surveillance legislation in UK history, the Investigatory Powers Act, with insufficient protection mechanisms for whistleblowers, journalists, and their sources, posing a serious threat to investigative journalism. Even more alarming, the Law Commission’s proposal for a new ‘Espionage Act’ would make it easy to classify journalists as ‘spies’ and jail them for up to 14 years for simply obtaining leaked information. Section 40 of the Crime and Courts Act 2013 remains cause for concern – in particular, the law’s punitive cost-shifting measure that could hold publishers liable for the costs of all claims made against them, regardless of merit. The seizure by UK border authorities of a Syrian journalist’s passport at the request of the Assad regime sent the worrying signal that critical foreign journalists traveling to the UK could be targeted by their own governments.”

Just two years earlier RSF voiced their concerns over the rapidly declining levels of press freedom and state surveillance by the police, GCHQ and other government departments, along with many other issues (which you can read here). All of this is happening through a rather vague but real threat of terrorism, or national security, which is itself allowing the long-established values of freedom of speech to be weakened. This gives rise to the suspicion that our government is not as honest as it should be as it instead uses ‘national security’ as a shield against proper accountability.

However, the story of what is really happening starts to emerge when you combine a rapidly declining environment of press freedom, in conjunction with reductions of civil liberties and human rights along with the alarming rise of foreign billionaires, typically American ones, intervening in Britain’s most important political decisions, in this case, the EU referendum.  You would be forgiven for thinking that we are in fact entering some form of dismal imaginary place of the future.

Alex Younger, head of MI6, said in December, 2016″ acknowledges this point by saying:

“The connectivity that is the heart of globalisation can be exploited by states with hostile intent to further their aims.[…] The risks at stake are profound and represent a fundamental threat to our sovereignty.”

Younger was right. Foreign billionaires, home grown politicians and transnational corporations are now teaming up against social democracy and civil society, in fact democracy in general in Britain. The Guardian found out to its cost recently in its publishing of such details – and reporting it has led to a nasty legal fight designed to intimidate news outlets and commentators – national or otherwise.

In today’s Britain we have legislation to silence charities from criticising government, massively increased public space protection orders to inhibit legitimate public protest, provided police unprecedented powers of surveillance, expanded secret courts and given all sorts of agencies the use of terror laws to chase fines and overdue payments. It all feels like we are being prepared or ‘managed’ for something much worse.

Freedom of the press is one aspect of our lives, it was born in an environment of liberal democracy. It is confirmation that our democracy is in fact functioning as it should. But something very unsettling is beginning to emerge from all of this.

Rebecca Vincent, RSF’s UK bureau director, said this year’s press freedom ranking would have actually been worse were it not for a general decline in press freedom around the world.

Quite unbelievably, for a so-called democratic nation like Britain, making journalists in Britain only comparatively better off than those in countries such as Turkey and Syria (said RSF) should be something of a national scandal prompting serious public protest.

“Donald Trump’s rise to power in the United States and the Brexit campaign in the United Kingdom was marked by a high-profile and highly toxic anti-media discourse that drove the world into a new era of post-truth, disinformation and fake news,” RSF said in a statement.

The organisation’s secretary general, Christophe Deloire, added: “The rate at which democracies are approaching the tipping point is alarming for all those who understand that if media freedom is not secure, then none of the other freedoms can be guaranteed.”

Deloire included Britain in that statement – that a tipping point is close. RSF points to the “token resistance within parliament, despite giving UK intelligence agencies and police the most sweeping surveillance powers in the western world.” They made comment that a “death sentence” (their words not mine) had been passed to investigative journalism in Britain, owing to its lack of protections for whistleblowers, journalists and their sources.

Politicians put up no resistance whatsoever with the new espionage act. What this does is classify investigative journalists in the same threat groups as foreign spies.

Jim Killock, the executive director of the Open Rights Group, said – “The government failed to protect journalists when it passed the Investigatory Powers Act. Now, the Law Commission has proposed to send them to prison if they so much as handle official data – this is a deeply worrying trend that needs to be addressed.”

What is really worrying is the reason why Britain is going in this direction right now. Extreme surveillance powers are now slowly being matched by restrictions on press freedom just as the country enters a critical political point in its history – Brexit.

For instance, Liam Fox’s trade department quietly released an exchange of letters between the UK and the office of the US trade representative agreeing to mark exchanged information, papers and discussions as either “sensitive” or “confidential”, with both sides also agreeing to keep the information “held in confidence” for four years after the conclusion of the Brexit trade talks. In other words, to report any leaked information of US/UK Brexit talks that will affect everyone in Britain is now an offence equivalent to a foreign operative attacking Britain’s national security.

During an interview with the BBC’s Today programme on November 7th, Fox said he intended to learn the lessons of the backlash against the Transatlantic Trade and Investment Partnership trade deal, better known as TTIP.  It was negotiated between the EU and US amid heavy secrecy. Talks subsequently failed amid massive high-profile public protests, where millions of citizens suddenly became activists in defence of their rights.

Fox went on to state that he and the American negotiating teams did not want to complete a “huge amount of work, only to find the public won’t accept it.”

Fox also knows that Britain will get a really poor deal with the Americans. Greenpeace reported on December 20th that “letters were also signed less than two weeks after Unearthed revealed through information obtained through US Freedom of Information (FOI) laws that Fox’s 27-strong UK delegation to the first US-UK working group meeting was lacking in any experts with substantial trade discussion experience. In contrast, the US team was 77 people strong and included at least 20 officials with direct experience of negotiating and enforcing trade deals.”

Why Liam Fox is so loyal to the Americans and so disloyal to his own country is a mystery. But one only has to read this article dating back to 2011 to be appalled by his association with the think tank Atlantic Bridge, his scandal involving Adam Werrity (an issue of national security) and connections to Donald Trump’s US Republican party. Fox has connections with ALEC (American Legislative Exchange Council), a political pressure group that forces the free market on health and education, whose Neo-Cons destroyed the Middle East and peace across the world in favour of the military industrial complex.

Soon, there will be serious consequences for criticising the government on matters such as Brexit. Then, it will be too late. This is the reason why press freedom in Britain is rapidly falling. But it does so in an environment where citizens rights are being dramatically eroded.