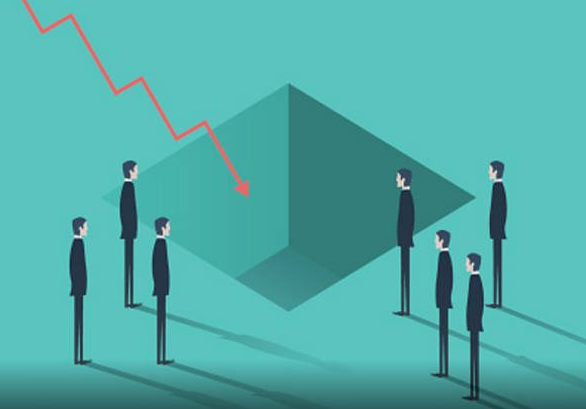 The Department for Work and Pensions now has the power to disclose social security information on a bulk basis to all local authorities, police and schools. Your data is being shared with dozens of government agencies with tens of thousands of public workers and an undisclosed number of private organisations being given access to it.

The government have been cavalier with our personal data, to such as extent that it now poses a greater threat to our own personal security than any other threat ever likely to happen to you.

A small example would be that identity theft jumped 57 percent just last year with around 150,000 seriously affected. In contrast, car theft fell to 69,547 units in the same year, its lowest level for 50 years. Technology is responsible for both changes of crime.

Government collects massive amounts of data but agencies such as county councils and authorities have lost so much private and personal data it’s hard to fathom quite how they achieve such outstanding breaches of basic security. From the loss of personal data on every child in the country, including the national insurance numbers and bank account details of parents and carers claiming child benefit by the tax office to millions of personal records lost at the Dept for Work and Pensions. From names, addresses and bank details of company employees to visa applications lost by the Foreign and Commonwealth Office – the list is never-ending. In just one single incident the tax office HMRC lost the personal data of 25 million Britons, 40 percent of the entire population.

According to the National Audit Office, in 2014-15, there were 9,000 successful data breaches across government departments alone. Of all entities in this world, the government, any government, cannot be trusted with personal data, let alone everything known about you.

Although the government has denied it, there are fears that combining all this data between departments will lead to a single ID database – and that would be a total disaster for all of us. In fact the entire Bill has been branded “a disaster waiting to happen” by many advocates of privacy and security. But the reality is a single ID database has already been constructed. A rampantly out of control and largely ungoverned security service is operating in Britain in the guise of GCHQ and MI5. Millie Graham Wood, a legal officer at the campaign group Privacy International, said of orders imposed on internet and telephone communication companies that in report findings it was “a damning verdict of the government and intelligence agencies’ use of very vague powers as a justification of mass surveillance of innocent people”.

These combined databases have your entire life information stored; name, address, gender, sexual preferences, income, expenditure, tax records, friends, family, likes, dislikes, subscriptions, biometric data such as eye-colour, finger-prints, facial recognition maps, personal opinions along with health records and any breaches of the law such as parking fines, dog fouling etc. Millions have even been photographed naked. Thousands upon thousands of employees of local authorities and private companies have access to this information. This level of intrusion is a government wet dream and a hackers paradise.

Nowhere in the Digital Economy Bill is there a provision made for the online security of citizens. Perhaps government officials do not see this Bill as being the right vehicle. It does however cover access to broadband, its infrastructure, copyright protections, authorises the sharing of our personal data, regulation, responsibility of the BBC Trust and so forth but no real efforts to protect us from online crime or abuse.

In another example of the failings of this Bill is protection against Copyright trolls. As OpenRightsGroup explains; Copyright trolls are legal firms that send letters to people who they – often incorrectly – suspect of unauthorised downloading of copyright works. The trolls threaten court action unless the individual pays a large sum of money to go away. It’s tantamount to extortion.”   Bear with me – it gets worse!

The government is even allowing for a ten year prison sentence for copyright infringements. If copyright trolls can tell people they could go to prison for 10 years, it will frighten more people into payment whether they’ve done anything wrong or not.

The Bill criminalises even minor copyright infringement for no logical reason. The Government says they only want to increase the penalties for activities like running websites that help people download copyright works. But as OpenRightsGroup says “But that’s not what the proposed legislation says. The offence criminalises infringements where money hasn’t been paid or there is a “risk of loss” – which means nearly anything published online without permission could attract a jail sentence. It could be file-sharing, or even reusing a Disney character in a gif.”

The Government has now been told in Parliament twice that they risk helping copyright trolls and yet no amendment has been made. They have also been warned and ignored that this Bill is a further deterioration of the rights and liberties of the people.

Referring to the Bill, Renate Samson, the chief executive of Big Brother Watch, an organisation that scrutinises the government to protect individual privacy said “It’s horrid and it’s complex and it’s going to impact all of us.”

Under these new laws the government could force ISP’s (internet service providers) to block websites such as Reddit and according to PrivateInternetAccess, the UK government will soon have the power to block any sites they have issue with.

Suing websites for such minor infringements of copyright may well force TruePublica, and many more off the internet for fear of legal battles. Many will simply close down (as have many in Britain already) before being threatened in what can only be seen as the next step in the campaign to censor basic free speech.

The Digital Economy Bill, far from looking into the future and using technology to the advantage of the nation, along with many other laws that have come to being in the last few years, demonstrates a clear ambition of a paranoid government who is slowly but surely legislating Britain into authoritarianism.

For clarity, the description of authoritarianism is “the enforcement or advocacy of strict obedience to authority at the expense of personal freedom” – is there something in that description you already recognise?