Britain’s government – entangled in its own corruption 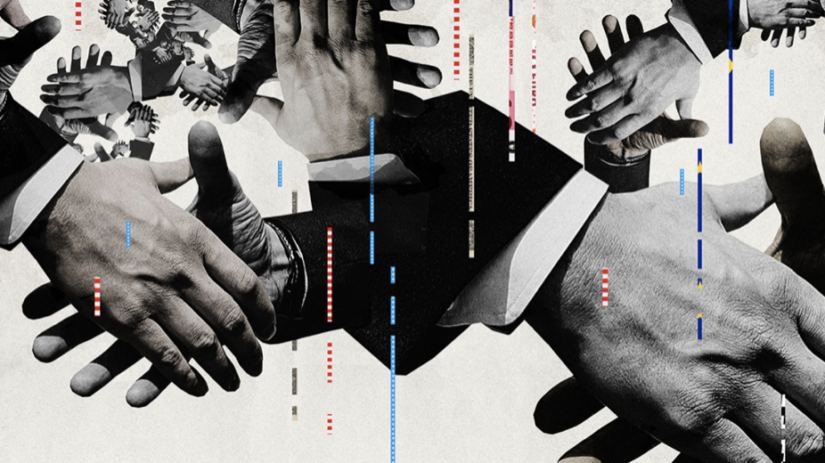 By Rob Woodward – TruePublica: Thatcherism, as it is known, was made of up of principles comprising economic, social and political ideals that described the Conservative Party that undoubtedly shaped Britain for nearly fifty years. The economic policies that came with Thatcherism really amounted to little more than deregulation. It was and still is a total rejection of the ‘post-war consensus’ that drives privatisation, nationalisation and unleashes ‘corporatism’ – the so-called efficiency of the free-market and the fiction sold to everyone as a ‘trickle-down’ effect.

But that wasn’t enough for the corporations who profited more and more as each decade turned into the next.

Take for instance, Britain’s water supply which was nationalised in the early 20th-century because the private water companies profited from delivering a terrible service throughout the previous century. A hundred years ago, water was considered by politicians a public health necessity but when Thatcher arrived in government nearly a century later, privatisation was the only way. However, Thatcher needed a lie to achieve it. She then hugely restricted the ability of the nationalised water companies to borrow money. That led to the equivalent of financial strangulation and when the service delivery fell (pipe breakages, building disrepair, maintenance etc) to unacceptable levels, calls were made by the Tories to privatise it. Thatcher effectively financially strangled the water companies and then blamed them for not maintaining and building on the infrastructure with a rising population. The same tactic is being used on the NHS.

The full privatisation of water in Britain – the first in the world, involved the new water companies paying £7.5bn for ten water authorities, which was highly publicised as a great financial success. What the public were unaware of at the time was that the state paid £5bn of water company debts and added nearly £2bn in grants – effectively handing each water company over for free. In the year 2018-19, the average wage packet of CEO’s of these water companies was £7.5million and shareholders pocketed £6.5billion in dividends. The delivery of water is no better today than it was in the 1970s and in many respects – worse. According to a study from the National Audit Office, water bills have increased at a rate of 40% above inflation since the industry was fully privatised in 198os. Water privatisation delivered nothing better, made the public worse off and created some fat cats. And to add insult to injury, hosepipe bans are looking increasingly likely for 2020 because the infrastructure is not there in the first place.

The story of water privatisation is not new. The railways provide us with a much worse story and whilst its difficult to attach any of this to corruption – you might think that the sale of 600 buildings originally owned by the state and used by the tax collection service HMRC, which were sold to a company located in a tax haven is indeed corruption. If not, it is nothing short of fraud as it defrauds the taxpayer of a stable income source from its own asset and disposes of it to a tax dodger. The irony is at best painful.

By setting out these examples – and there are many of them, private companies take their lead. The result is that four million companies operating in Britain, do so in anonymously owned shell structures. That is a staggering one in ten companies in the UK operating illegally. And it is now a note of public record that 70 per cent of corruption cases involve opaquely-owned companies such as these.

When the Tories came to power in 2010, they did so on a campaign to make government the most transparent ever and to clean up corporate corruption. Ten years later, the government is actively seeking to hide its activities away from the public eye, shut down scrutiny or even questioning it and corporate corruption has escalated.

The New Statesman recently reported that for Britain – “Cronyism and issues of money buying access to power, are widely recognised and widely criticised” and that “we may be so used to corruption that we are effectively immune to anything but the most high-profile coverage of it.”

The LeaveEU and Cambridge Analytica scandal is just one of many examples along with numerous other dodgy business deals where government contracts are handed out without public scrutiny. Amongst all of this is the lifting of extremely sensitive private data that has been gifted to the likes of Palantir – a company who was deeply involved in the aforementioned Leave EU/CA Brexit scandal.  The government refused point-blank to divulge information relating to these contracts under Freedom of Information requests – but only did so after being sued and even then only four hours before court proceedings.

Britain’s Prime Minister is at the centre of another scandal by suppressing the House of Commons Intelligence Committee report on Russian threats to our democracy. The dossier reportedly illustrates how the Kremlin interfered in the 2016 referendum – and names nine Russian donors to the Conservative Party. It’s bad enough to know that Electoral Commission, the Police, National Crime Agency were all involved in this investigation – all have been leant on – and that the government has ducked accountability. It’s worse to know that a hostile foreign state is deeply involved in a fraudulent Brexit campaign that led to the division of an entire nation and the actors involved have somehow got immunity from investigation.

The Russia Report is quite possibly a game-changer. The results of the inquiry from the Intelligence Security Committee, begun in November 2017, were passed to Boris Johnson in October last year.

Johnson then promised MPs it would be published – which still hasn’t been. Under pressure, he then said on February 4th this year that it would be disclosed after the committee, which was disbanded at December’s election, is up and running again. Somehow, the Committee have not put forward any nominees. There are two legal actions against the government to force the report out into the open. Both look set to fail.

Corruption is now at the heart of Downing Street and is intertwined with everything they do. Having lied their way in, they have now broken just about all of their election promises already (as they did with UK farmers, scientists, new trade deals, an oven-ready EU deal, a guaranteed treaty, no Irish border and so on) or will do. Then add a dash of undisclosed holidays to tropical island hideaways, cover-ups over accusations conflict of interest and a myriad of yet to be discovered wrong-doing and what we really find is a state tearing apart the rule of law and therefore the boundaries of what is right or wrong.

What this does is open the door for genuinely corrupt people to enter political life as voters become ever more anaesthetised to corruption. In turn, it makes politicians accuse each other of being charlatans and liars thereby changing both internal and external perceptions of the UK both domestically and internationally.

Just as corruption is created in the dark corners of the corridors of power, for the first time in more than a century, this makes British politics look and feel more corrupt. And as the pandemic swept across the nation, the government very much decided not to waste the opportunity that a crisis inevitably brings to those with bad intent. And what it showed was a government unable to govern with any moral authority whilst exposing corruption that now appears to be endemic to the office of Downing Street.