Britain’s Rise As A Techno-Stasi State 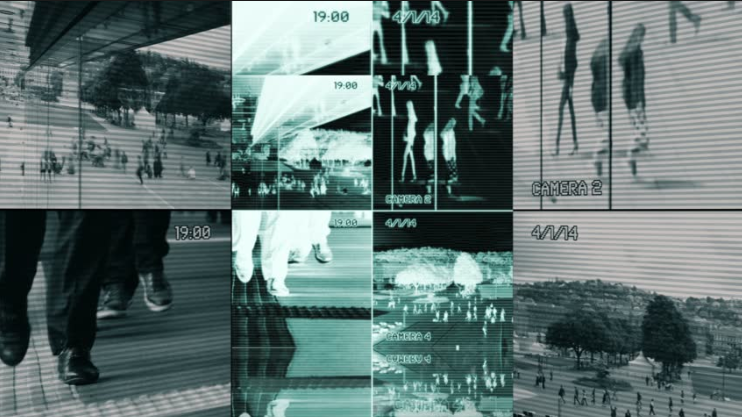 The government is acting on the imperative that something needs to be done. But MI5 — officially known as the UK domestic Security Service and the lead organisation in combating terrorism within the UK — has already, since the start of the war on terror, doubled in size and has also been promised yet more staff over the next two years.

Yet despite these boosted resources for MI5, as well as increased funding and surveillance powers for the entire UK intelligence community, virtually every terror attack carried out in the UK over the last few years has been committed by someone already known to the authorities. Indeed, the Manchester bomber, Salman Abedi, had been aggressively investigated but MI5  ignored vital intelligence and closed down the active investigation shortly before he carried out the attack.

This failure to target known threats is not just a UK problem. Attacks across Europe over the last few years have repeatedly been carried out by people already on the local security radar.

New approaches are needed. But this latest offering appears to be a medley of already failed initiatives and more worryingly a potentially dangerous blueprint for a techno-Stasi state.

The main points of the new Home Office plan include: making MI5 share intelligence on 20,000 “subjects of concern” with a wide range of organisations, including local councils, corporations, local police, social workers, and teachers; calling on internet companies to detect and eradicate extremist or suspicious content; making online marketplaces such as Amazon and eBay report suspicious purchases; increasing surveillance of big events and infrastructure; and passing even tougher anti-terrorism laws.

This all sounds reasonable to those who are fearful of random attacks on the streets or at events – that is unless one has seen in the past how some initiatives have already been proven to fail or can foresee in the future wholesale abuse of increased surveillance powers.

It sounds reasonable until you realize how similar initiatives have failed and how the new plan can make wholesale abuse of surveillance powers more likely.

Intelligence is not Evidence

The most chilling part of the MI5 plan is sharing intelligence on 20,000 subjects of concern. First of all, this is intelligence – by nature gathered from a range of secret sources that MI5 would normally wish to protect. When communicating with counter-terrorism police, intelligence agencies will normally hide the source, but that will require an immense amount of work for 20,000 cases before the information can be shared. Secondly, bear in mind that intelligence is not evidence.

Effectively MI5 will be circulating partially assessed suspicions, perhaps even rumours, about individuals, very widely about people who cannot be charged with any crime but who will fall under a deep shadow of suspicion within their communities.

Also if this intelligence is spread as widely as is currently being suggested, it will land in the laps of thousands of public bodies – for instance, schools, councils, social care organisations, and local police. Multiple problems could arise from this. There will no doubt be leaks and gossip within communities – so-and-so is being watched by MI5 and so on.

There will also be the inevitable mission-creep and abuse of power that we saw almost 20 years ago when a whole range of the same public bodies were allowed access to the new eavesdropping and surveillance law, the Regulation of Investigatory Powers Act (2000). Back then, local councils were abusing counter-terrorism legislation to catch people who might be trying to play school catchment areas (districts) to get their children into better schools, or even, and I kid you not, might be cockle-rustling on their local beach. Of course, such intrusive electronic surveillance powers have been significantly increased since then, with the Investigatory Powers Act 2017, that allows bulk storage, bulk dataset hacking and hacking per se.

All this follows the notorious Home Office counter-terrorism PREVENT scheme – the failed parent of these new proposals.

A decade ago PREVENT was designed to reach out, build bridges with Muslim communities across Britain, encouraging them to report any suspicious behaviour to the authorities to nip incipient radicalisation in the bud. Unfortunatel,y it did not quite work out that way. Young Muslims told stories of pressure from MI5 to spy on their communities. It destroyed community trust rather than built it.

Unfortunately, this new Home Office scheme goes even further down the wrong path. It asks teachers, social workers, the local police and other authority figures to go beyond reporting suspicious behaviour to actually be given a list of names to keep a watch on “subjects of interest”.

The last time such a system of community informants used in Europe was ended when the Berlin Wall came down in 1989 and East Germany’s Stasi system of a vast network of informers was revealed in all its horror.

How ironic that the same system that was devised to protect the East German youth from the “decadent influence” of Western ideals is now being proposed in a “decadent” Western country to spy on its own youth for traces of radicalisation.

Suffice to say that if the British government cannot even make the internet titans such as Google and Facebook pay their fair share in taxes, nor call Facebook’s Mark Zuckerberg to account in Parliament about the Cambridge Analytica scandal, then good luck forcing them make a meaningful effort to root out extremist material.

But even if they do agree, this idea is fraught with the troublesome question of who gets to decide whether something is extremist material or a dissenting opinion against the establishment?  Facebook, Google and Youtube are already engaging in what can only be called censorship by de-ranking in search results material from legitimate dissident websites that they, with no history of exercising news judgement, deem “fake news”.Such established news sites such as Wikileaks, ConsortiumNews and World Socialist Web Site as well as many others listed on the notorious and unreliable PropOrNot list have taken a significant hit since these restrictions came into play on 23 April 2017.

Amazon, eBay and other retail companies are being asked to report suspicious sales of precursor materials for bombs and other weapons. Car hire companies will be asked to report suspicious individuals hiring cars and lorries. Algorithms to detect weapons purchases may be feasible, but denying rentals to merely “suspicious” individuals who’ve committed no crimes strays into Stasi territory.

Back in the era of fertiliser lorry and nail bombs, laws were put in place across Europe to require fertiliser companies to report strange purchases – from people who were not registered agriculturalists, for example, Unfortunately, this law was easily subverted by Norwegian right-wing terrorist, Anders Breivik, who simply worked to establish a farm and then legally purchased the ingredients for his Oslo car bomb in 2011.

You are Being Watched

The UK is known as having the most CCTV cameras per capita in the Western world. There have been various plans mooted (some leaked to Wikileaks) to hook these up to corporations such as Facebook for immediate face tagging capabilities, and the development of algorithms that can identify suspicious behaviour in real time and the police can move to intercept the “suspect”.

Face recognition cameras are being trialled by three police forces in the UK – with software that can allegedly watch crowds at events and in stations and potentially identify known criminals and suspects in a crowd and alert the police who will immediately move in and intercept.

Unfortunately, according to Big Brother Watch in the UK, these computer systems have up to a 98% failure rate. If the Home Secretary is really suggesting that such dodgy software is going to be used to police our public spaces I would suggest that he ask his geeks to go back and do their homework.

Do we really want to live in a country where our every movement is watched by technology, with the police waiting to pounce; a country where if we are running late or are having a stressed work day and seem “strange” to a person in a car hire company, we can be tracked as a potential terrorist; where children need to fear that if they ask awkward, if interested, questions of their teachers or raise family concerns with social care, they might already be on a watch list and their file is stacking up slowly in the shadows?

That way lies totalitariansim. I have been tracking how a state can slide unthinkingly into such a situation for years, particularly looking at such warnings from history as 1930s Germany and, over the last decade, I have seriously begun to fear for my country.

If these measures go through Britons could be living under SS-GB – the name of a book by the excellent spy writer, Len Deighton, in his envisioning of what the UK would have been like if the Nazis had succeed in invading during World War Two. The ultimate irony is that the acronym attributed to MI5 at international intelligence conferences way back in the 1990s used to be UK SS – UK Security Service. I hear it has changed now….

Annie Machon is a former intelligence officer for MI5, the UK Security Service, who resigned in the late 1990s to help blow the whistle on the spies’ incompetence and crimes. Drawing on her varied experiences, she is now a public speaker, writer, media pundit, and political campaigner.