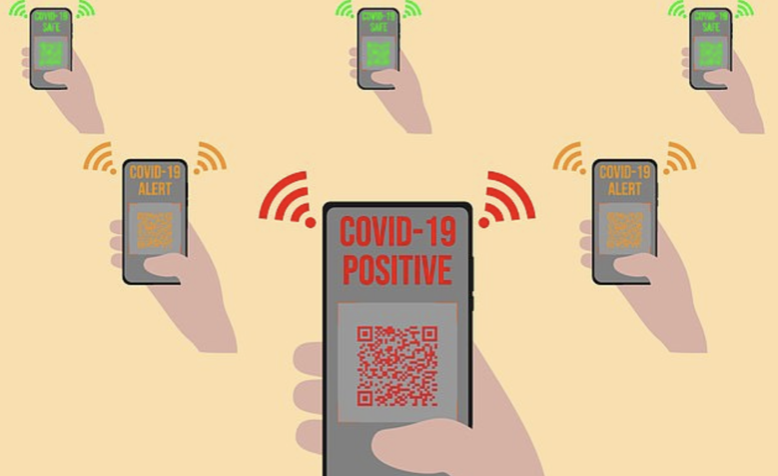 Open Rights Group is the UK based digital campaigning organisation working to protect the rights to privacy and free speech online. Jim Killock its Executive Director, has a few concerns about the Coronavirus Act 2020 that made dozens of changes to protective laws and obviously worries that some will be used to create the ‘new normal.‘ One thing we do know is that ‘big-tech’ such as Google, Facebook, Amazon, Apple and the like cannot be trusted to keep within the law as they all have a track record of civil liberty lawbreaking to a greater or lesser degree.

Here is just one concern – about the use of contact tracing mobile apps that we are reading so much about already.

The new Google/Apple API that aids a privacy-conscious, decentralised model for tracking infections has been adopted by several European countries, such as Switzerland and Austria. Others, most notably France and Germany, are sticking to a ‘centralised’ method of contact matching. The UK’s app is also centralised, so as matters stand it will prove impossible to use the Google / Apple API.

This means that centralised apps which don’t use the new API will force users to keep their screen unlocked, so that Bluetooth keeps working. This is a security nightmare, and a drain on battery. It would make the apps close to unusable.

Thus we have to suspect that the governments in France, Germany and the UK are hoping that Apple and Google simply back down and let them access their new API. The governments may have clinical reasons to stick to a centralised approach, but without an open conversation about why exactly governments want a particular solution, it is impossible to judge whether their needs are real, or capable of being met another way.

An open discussion about the advantages and disadvantages of the Apple-Google approach and government needs is critical. Without that, there is a distinct likelihood of an acrimonious argument, where governments accuse ‘big tech’ of getting in the way of helping deal with the pandemic. That is good for nobody, except policy makers seeking to avoid blame.

Nevertheless, the contact tracing discussion is moving on. As we have repeatedly said, any app will be limited in its application and reach, not least in regard of some vulnerable groups, especially the elderly. There are issues with false positives and false negatives; and ensuring it is not therefore just generating noise.

Much more fruitful is the discussion around human contact tracing, which will need to be the centre point of the Government’s efforts.

Transparency: tell us how and why decisions are made

We need to hear more from governments about their decisions and approaches. More information is crucial.

Maintaining their poor track record for transparency, the UK Government has been quiet lately on tracing apps and we are yet to hear anything substantial about the proposed approach to “immunity passports”. This weakens public trust when it is most needed.

No matter what technologies are employed, they require strong legal and technical privacy protections to build public trust, especially for vulnerable groups like migrants.