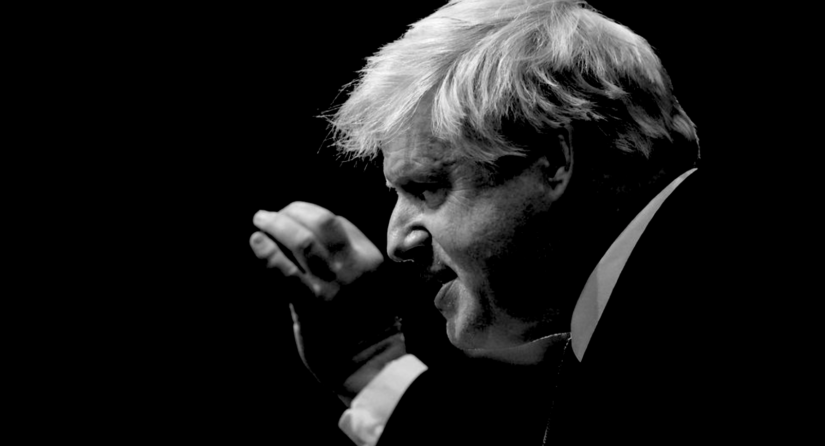 By TruePublica Editor: At the end of last week, it emerged that the chief medical officer and the government stated that they do not expect Covid-19 to approach epidemic scale till April at earliest. But they are expecting it. Looking at how Italy went from its first reported case to the lockdown of 16 million residents in just five weeks, it is not inconceivable that the same won’t happen in Britain. Downing Street says temporary emergency powers to delay the spread of virus will not become law until end of March. Then, draft laws, giving government sweeping powers to shut schools, ban big public gatherings, and force individuals or entire communities into quarantine will become law. At this moment Boris Johnson will become as powerful as China’s president quite possibly for the rest of 2020.

These laws will be temporary and should have a ‘sunset clause’ built-in to ensure they are not abused. But then again – how would we know, especially with a control freak government such as we have right now and a subservient unquestioning mainstream media.

All sorts of bad news will be buried amid the Covid-19 crisis.

The mainstream media including broadcasters such as the BBC should be pressing hard for the release of the Russia report, the Arcuri Report and the donor of Boris Johnson’s £15,000 Caribbean holiday. It feels like they are no longer doing their jobs. Sycophants are failing to hold power to account but anyone daring to challenge are facing coercion, political pressure or open-ended threats.

Covid is already providing cover from the bullets flying around over a myriad of political affairs. The Priti Patel investigation into her (alleged) appalling bullying – is likely to be conveniently brushed under the carpet as a result of the looming health crisis.

Then there’s the Muslim Council of Britain (MCB) dossier of more than 300 allegations of Islamophobia in the Conservative party that was submitted last week to the Equalities and Human Rights Commission, increasing pressure on the watchdog to launch a formal investigation. More than one Tory MP is seriously implicated for their outright racism. The MCB also highlighted the role of Dominic Cummings. He had responsibility for the Spectator website when a controversial cartoon of the prophet Muhammad, with a caption feeding into a far-right, Islamophobic trope about a Muslim “takeover”. The dossier also includes allegations, quite rightly, that Boris Johnson himself deliberately used inflammatory language that encouraged hate crimes to escalate.

Johnson and Cummings were also under fire only a couple of months ago as police handed criminal evidence on Vote Leave to the CPS for prosecution. Electoral laws were broken and Britain’s Prime Minister is implicated. That investigation was originally delayed because it was thought it would have affected last December’s election. Why was the public left in the dark over this at a time when we needed to know if our PM is a man who breaks laws that protect our democracy? And why do we still not know?

Given the parlous state of politics right now, the coronavirus is a god-send to the Boris Johnson government who will take it as an opportunity to be fully exploited

And then there are the Brexit lies that keep piling up. The £350million a week to the NHS Johnson promised was a lie. The truth was that 14,000 EU nationals working in the NHS have now abandoned ship and applications from the EU to join the NHS have plummeted 87 per cent leaving a gaping hole in the service. Just as the Covid virus gets a grip, Britain’s health service is facing being completely overwhelmed. New emergency measures have been put in place to cancel thousands of operations and in a desperate attempt – the government are calling for volunteers to help out. Over 70 per cent of retired doctors and health professionals have refused a call to return to help, citing amongst other reasons, their treatment by the Tories as the reason they left in the first place. “After the way I was treated I would rather shove a rusty six-inch nail up my backside,” said a former staff nurse from Manchester.

Hailed as a symbol of post-Brexit independence, the Galileo satellite navigation system has fallen flat on its face. Industry experts said those that were espousing this nonsense had no idea what was involved and there’s no chance of it happening anywhere near the end of 2020.

Brexit has caused race-hate crimes to soar but worse still, the big threat that worries the security services the most is now terrorism – not from all those foreigners and Muslims but from British white nationalists and the extreme far-right. In fact, keeping far-right discourse out of mainstream politics has completely collapsed says a new report.

Of course, it goes without saying that British farmers and fishermen get a special mention – they were, after all, the vanguard of Brexit itself. They have just found out that the government is about to use them as bait in the upcoming EU negotiations. It was symbolism to support them when it was convenient but the reality, the truth, is that they are merely pawns to be sacrificed in a chess match over more important trade outcomes. Just as Thatcher traded the coal and steel industry for the ‘service’ economy, Johnson will trade agriculture, fishing and manufacturing for research, technology, marketing and patents.

And, as it turns out, Britain will now employ 50,000 forms fillers to cope with new border checks that will be mandatory in just ten months time. It’s ironic that these form fillers we have to have are more important than the 50,000 nurses the NHS desperately needs for the same cost but won’t get.

It is clear we have a government today that reflects the rotten government and pocket boroughs of the 1830s. They are immersed in scandals, lawbreaking, corruption, dishonesty and in the pocket of dark money donors, bankers and geopolitical actors.

Another Brexit lie to add to the ever-growing tally is that experts have dismissed claims by Scottish Secretary Alister Jack as pure fantasy there will be no customs checks for goods crossing the Irish Sea under a Brexit free trade deal. Somehow, the Tory MP told MSPs last week he believed administrative processes for goods could be done electronically through a “smart border” even though one hasn’t been invented … anywhere in the world.

Given the parlous state of our government and the delicate negotiations for our future prosperity right now, the coronavirus crisis is a godsend to the Boris Johnson government. They will take it as an opportunity to be fully exploited. It is the perfect tool for burying or distorting bad news, using emergency powers (to gaffer tape the mouths that attempt to speak truth to power) and to push through a Brexit agenda that will inevitably deliver some good news and a lot of bad news.

The upholding of the proper standards in public life from Johnson’s Government is now a whimsical ideal and is simply not going to happen anytime soon. It is clear we have a government today that reflects the rotten government and pocket boroughs of the 1830s. It is just as clear, that they are immersed in scandals, lawbreaking, corruption, dishonesty and in the pocket of dark money donors, bankers and geopolitical actors.

By the time we find out what errors and oversights they have made it will all be too late – and a medical crisis threatening the health of the nation was used as cover for their wrong-doing.