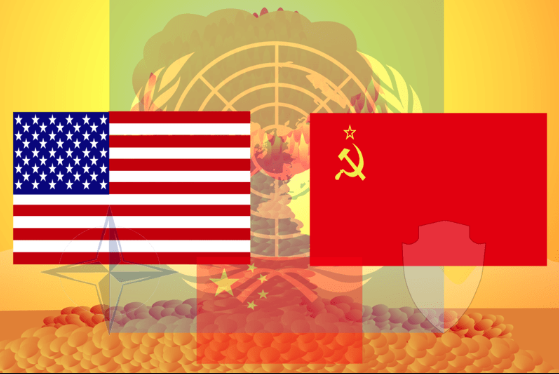 The entire “liberal” media and political establishment of the Western world reveals its militarist, authoritarian soul today with the screaming and hysterical attacks on the very prospect of detente with Russia. Peace apparently is a terrible thing; a renewed arms race, with quite literally trillions of dollars pumped into the military industrial complex and hundreds of thousands dying in proxy wars, is apparently the “liberal” stance.

Political memories are short, but just 15 years after Iraq was destroyed and the chain reaction sent most of the Arab world back to the dark ages, it is now “treason” to question the word of the Western intelligence agencies, which deliberately and knowingly produced a fabric of lies on Iraqi WMD to justify that destruction.

It would be more rational for it to be treason for leaders to blindly accept the word of the intelligence services.

This is especially true on “Russia hacking the election” when, after three years of crazed accusations and millions of man hours by lawyers and CIA and FBI investigators, they are yet to produce any substantive evidence of accusations which are plainly nuts in the first place. This ridiculous circus has found a few Facebook ads and indicted one Russian for every 100,000 man hours worked, for unspecified or minor actions which had no possible bearing on the election result.

The Russophobic witch hunt has its first real life victim in 29-year-old Maria Butina, whose life is to be destroyed for chatting up members of the NRA in order to increase Russian influence. With over 20 years of diplomatic experience, I can tell you that every country, including the UK and US, has bit part players of its own nationals who self-start in a country to make their way, and if they gain any traction are tapped by their national security service as potential “agents of influence”. I could name quite literally scores of such people but have no desire to get anyone in trouble. The elevation of Butina into a huge threat and part of a gigantic plot, is to ignore the way the United States and the United Kingdom and indeed all major governments’ Embassies behave around the globe.

The war-hawks who were devastated by the loss of champion killer Hillary now see the prospect of their very worst fear coming true. Their very worst fear is the outbreak of peace and international treaties of arms control. Hence the media and political establishment today have reached peaks of hysteria never before seen. Pursuing peace is “treason” and the faux left now stand starkly exposed.