Craig Murray: Johnson and May Hide as their Lies Dissolve 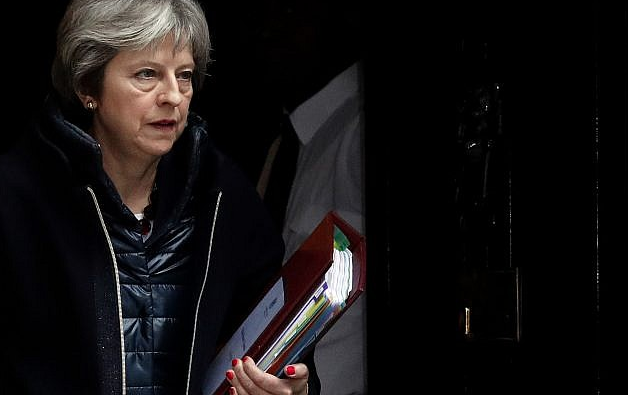 The government has attempted to control the narrative by finally admitting, as they have known for three weeks and just ahead of the OPCW experts coming out and saying so, that there is no evidence the substance used in the Salisbury attack was made in Russia. You can see the interview with the Chief Executive Officer of Porton Down only in this tweet from Sky here.

#Salisbury attack: Scientists have not been able to prove that Russia made the nerve agent used in the spy poisoning. Porton Down lab’s chief exec reveals the details in this interview pic.twitter.com/qFNgPlr6vS

In modern Tory Britain, it should be no surprise to anybody that, to be the Chief Executive of Britain’s chemical weapons establishment, they recruited a radio salesman:

Aitkenhead’s PR skills were clearly thought sufficient to get across the government’s key propaganda points, and his struggle to do this throughout the Sky interview is telling. Aitkenhead has been in an extremely difficult position for the past three weeks, standing between his scientists who are adamant they will not say the substance was made in Russia, and the government who have been pushing extremely hard for them to do so.

At 5 mins 30 sec into this interview Boris Johnson directly lies about what Porton Down had told him:

It is very plain that what Aitkenhead is saying to Sky is “the scientists cannot establish it is from Russia. But the government claims to have intelligence sources that show that it is.” His struggle to fit the formulations he has been given to parrot this sense as more effective propaganda, into answers to the pretty good questions he is being asked, is almost comic: “ummm” and “errr” come into it a lot. You have to remember that the precise forms of words to be used in official parlance had been the subject of tense negotiation between the scientists and the Porton Down bureaucrats, and then between the Porton Down bureaucrats and MOD Whitehall officials, and then between MOD officials and FCO and security service officials in the Joint Intelligence Committee, before being signed off by ministers. It is a process I know intimately from the inside. This reconciliation of conflicting interests is why at the start Aitkenhead says it is “Novichok” confidently, but at 1 min 30 sec in he says the more truthful “Novichok or from that family”, which accords with the evidence Porton Down gave to the High Court.

But the key moment comes at 3 min 27 secs in. Aitkenhead’s government minders were evidently unhappy with the interview, and the last passage is a statement, not in answer to any question, of the government’s propaganda position which is a very bad edit and clearly tacked on after the interview had finished. They get the continuity wrong – it is not only a wider shot, the camera and tripod have clearly been moved. It is in this final statement that, in a desperate last-minute attempt to implicate Russia, Aitkenhead states that making this nerve agent required

“extremely sophisticated methods to create , something probably only within the capabilities of a state actor.”

Very strangely, Sky News only give the briefest clip of the interview on this article on their website reporting it. And the report is highly tendentious: for example it states

However, he confirmed the substance required “extremely sophisticated methods to create, something only in the capabilities of a state actor”.

Deleting the “probably” is a piece of utterly tendentious journalism by Sky’s Paul Kelso. Interestingly, I have never seen such large scale and coordinated social media activity by the Tories as kicked into action immediately following Aitkenhead’s interview. Hundreds of openly identified Tory activists sprang into action using the “state actor” line – omitting the probably – and “government has other sources” line. The BBC contribution was completely to ignore the Porton Down statement and pretend nothing had happened. As part of what was clearly a coordinated PR strategy to pre-empt the OPCW and get over the hurdle of government lies while still blaming Russia, Boris Johnson and Theresa May simply lay low, unavailable to the media.

Here is my immediate reaction to Aitkenhead’s statement on Russia Today. Strangely the BBC did not invite me.