Dark ads and dodgy donors: How the Queen’s Speech failed to protect our democracy 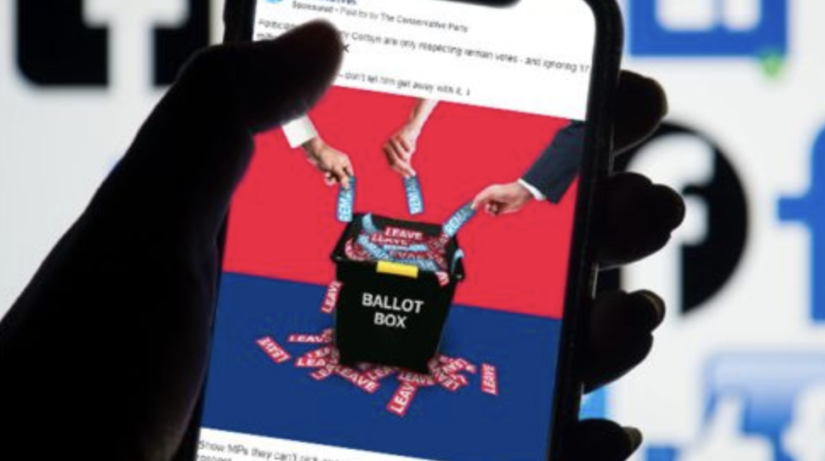 By Josiah Mortimer: There was a conspicuous silence in the Queen’s Speech. Despite announcing a bill to protect ‘electoral integrity’ (by making it harder for us all to vote), there was inaction on updating Britain’s outdated election campaign rules.

Britain’s election rules are nearly 20 years old. In many ways, they ignore the existence of the internet – which has completely changed the face of political campaigning. Take online political ads: even if they’re promoting a party or a candidate, they do not have to say who is behind them – unlike printed materials which clearly state who is behind them. It’s one of many loopholes that can and should be urgently tackled if our next election isn’t to fall victim to ‘dark ads’, disinformation and dodgy donations.

Now the Electoral Reform Society, FairVote and Transparency International are calling for new emergency legislation on campaign transparency – warning that dangerous loopholes in the current laws put free and fair elections under threat.

A new briefing from the Electoral Reform Society, published on Monday, points to over a dozen major gaps in the law that make our elections vulnerable. They include:

The current regulations have created a ‘Wild West’ open to exploitation and abuse. Thankfully a consensus is emerging to reform the system.

When our main election law came into force in 2000, just 13% of people had access to the internet. Now millions are spent at each election on online campaigning, while the internet has also opened up greater potential for making untraceable foreign donations.

The integrity of our democratic processes is too important to do nothing.

As Dr Jess Garland, Director of Policy and Research at the Electoral Reform Society, said:

“The government can no longer keep kicking the can down the road when it comes to dealing with the real threats to our democracy. With an election on the horizon we need emergency legislation now to ensure our elections remain free and fair and don’t become the prey of foreign interference.

“It is disappointing that this Queen’s Speech missed the opportunity to pledge real actions on the glaring loopholes in our electoral law – instead going after ordinary voters through their misguided mandatory voter ID plans.”

“With a probable general election and possible referendum in the near future, we urgently need emergency legislation to update our election laws.

We’ve had plenty of consultations and pledges for action further down the road. But the problems are clear, many of the solutions obvious – and we need action now.”

“Leaving democratic reform on the ‘too difficult’ pile for another day risks further eroding what’s left of the public’s trust.”

While the government goes after ordinary voters through its ‘papers please’ mandatory ID policy, the ERS are focusing on the real threats to democracy. It’s time to bring campaign rules into the 21st century.”