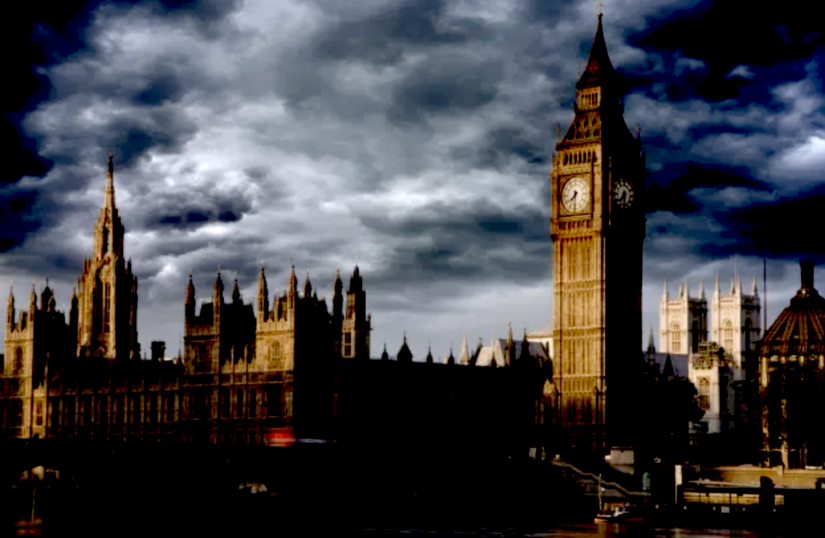 Some things in our world are dependable and just like the sun rises and sets every day, light and dark mean different things to different people. Humans like the dependable and the predictable – it comforts them to know what they are dealing with. But everything today seems to be so unpredictable and we don’t know what the future has in store for us anymore. Matters are made worse by having terrible so-called leaders in office. Trump is one, Johnson is another.

But if anyone thinks that Covid-19 will be over with the much-anticipated vaccine and having Trump out of office and Brexit done brings predictability – they are very wrong. We all know that HMS Brittania has been in choppy seas since 2016 – but the perfect storm is now but a few weeks away. It is a documented medical fact that even with a vaccine, hand washing, face masks, social distancing and restrictions will continue. With Trump staying in office, the UK is far more likely to do a damaging trade deal with the US and lose its greatest economic ally. If Biden wins – the possibility remains that the UK will be the only major trading nation in the world without a trade deal with one of the three superpowers. With Biden elected, Johnson’s hand is forced and a trade deal with the EU is much more likely to be signed – but it won’t be a good deal for Britain. The whole thing was a gamble – and we hold a weak hand, we always did.

There will be a moment of realisation in Britain that Brexit was nothing more than a con. Virtually nothing will be better for it and our standard of life – already on the way down from a decade of saving criminal banking operations, will sink further. What defences we had were crushed by a haphazard, badly managed and often ideologically motived war against a virus. Pension funds have been gutted, councils are heading for bankruptcies as are masses of businesses. Joblessness will soar, as will poverty, homelessness and crime. The NHS will be overwhelmed as millions seek delayed medical help.

Boris Johnson’s spiteful, cruel and malicious refusal to feed starving poverty-ridden children in a pandemic tells you all you need to know about the politics of vindictive class-wars. It demonstrates in technicolour their inability to rise to the challenge and put aside personal petty grudges in a time of national need. Politicians have failed us all. It shows them for what they are – reactionary, merciless and self-serving. And we have four more years of Tory failure ahead of us.

Soon, the union will be seriously threatened with Scottish independence. Northern Ireland will want to unify in fear of an uprising as borders are constructed. When the government denies them self-determination – nationalists will advance and public safety will be threatened. Throughout all of this, the economy will suffer, high streets will crater, local and national tax revenues will fall and unemployment will not top out in 2021. It makes no matter what Brexit deal is done now – it heaps more pain on an already dreadful situation.

In fact, this is the only predictable conclusion we can come to – that 2021 will be the year we start to pay for electing charlatans, fraudsters and scam artists into the highest office. Irrespective of your political alignment – you know deep down that the Johnson government will continue to fail. Dominic Cummings constructed the illegal and highly deceitful Brexit campaign that eventually saw Johnson elected. Both have turned the United Kingdom and ‘Global Britain’ into an international laughing stock. From there, Cummings has been given the authority to tear down the civil service just when they were needed the most. He has dominated over the Covid crisis, all the while pushing his prejudices and hatred of wider society in pursuit of a personal fantasy. He has proved beyond any doubt that he is the very worst person this country needs right now to be at the heart of the decisions that will affect us all. Johnson, Gove, Patel, Hancock, Grayling, Davis, Rees-Mogg, Fox, Tice and others, are already synonymous of the coming great failure – and history will not be kind to them.

It’s not like all of this is not predicted. John Pienaar, the veteran chief political BBC correspondent wrote an incisive piece for The Times last weekend entitled – “In 40 years of reporting I’ve never known such a wretched absence of leadership.” Pienaar attacks Johnson, his handling of Brexit and Covid with equal venom and ends with the words – “Of course, it is possible that this crisis might have been handled worse. But, if I’m being perfectly honest, I can’t immediately see how that might have been accomplished.”

The mainstream media have turned on this government out of embarrassment. Even the Daily Mail and Telegraph have reported the catastrophic failures of Johnson’s government. It’s an admission that what they promoted was rooted in a noxious ideology, rather than an economic model or any version of expertise. Brexit is about political sovereignty, not economic independence and the governments’ handling of Covid has been seen as an opportunity to entrench power. Both have led to the moral bankruptcy, corruption, abuse of office and national breakdown that includes a plunge of democracy that we now distressingly witness every day.

The right-wing Spectator Magazine, one of Johnson’s former employer’s headlines with – “Boris Johnson’s failed command and control administration.”  In it, Johnson is accused of running the country ‘Soviet-style’ and that he, along with Gove and Cummings are merely political mouthpieces accompanied by a maniac, that failure is their destination and that the certainty of it is a price we will all pay. The Times also goes with a story that attempts to look on the bright side but concludes that the only thing we have left to weather the short term outlook is hope.

The Billionaire media mogul Michael Bloomberg said of Britain last week it is ‘hard to understand why a country doing so well wanted to ruin it’ – and went to say Brexit is the “single stupidest thing any country has ever done, apart from the election of Donald Trump as US president”.

As we head towards the Christmas break – the one hope the country does have is that soon it wakes up from its political stupor and holds these people to account for what they have done. Unfortunately, it is more likely that they will get away with it of course, just like the bankers did – something else we are all still paying for twelve years later.

Official review: One Third Of Covid Prosecutions Were Unlawful