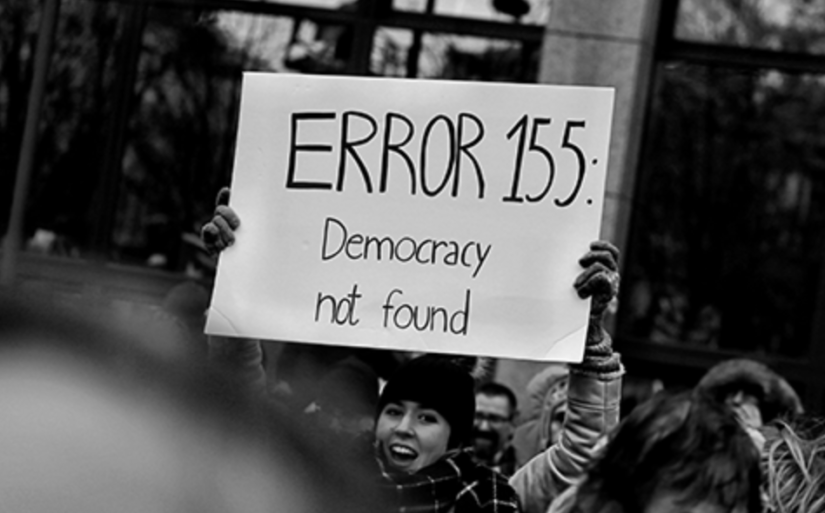 By Michela Palese: A new report by the recently established Centre for the Future of Democracy at the University of Cambridge has found that dissatisfaction with democracy has reached an all-time global high. Westminster-style democracies (the UK, Australia, Canada, New Zealand and the US) typically fare particularly badly in terms of democratic faith, with the proportion of citizens dissatisfied with the performance of their democracy doubling since the 1990s. In the UK, this proportion increased by around a fifth since then.

The global financial and economic crisis and growing within-country regional inequality are of course important factors behind decreasing satisfaction with democracy. But the Centre’s report also suggests that ‘satisfaction with democracy is lower in majoritarian “winner-takes-all” systems than in consensus-based, proportionally representative democracies’. The antagonistic and adversarial mentality inherent in the outdated First Past the Post voting system found in majoritarian, Westminster-style democracies contributes to polarisation and tribalism, making citizens less willing to compromise and to accept the mandate of rival political parties or viewpoints. By contrast, New Zealand is the only Westminster-style democracy to have avoided the trend of ever-increasing public discontent, likely as a result of having introduced a fairer voting system in the 1990s.

These findings highlight the perilous state of our democracy, with ever-deepening citizen dissatisfaction and disengagement

These findings highlight the perilous state of our democracy, with ever-deepening citizen dissatisfaction and disengagement, but sadly they do not come as a surprise. Edelman’s annual trust barometer found that trust in institutions is the lowest it’s ever been in the UK – we’re penultimate in their league table of trust, just one spot ahead of Russia. Similarly, a BMG poll for the ERS in December 2019 found that 85 per cent of people thought democracy could be improved ‘quite a lot’ or ‘a great deal’, with 80 per cent of people feeling they have ‘not very much’ or ‘no influence’ over decision-making. Just 16 per cent of the public believe politics is working well in the UK – and only two per cent feel they have a significant influence over decision-making.

Indeed, why shouldn’t they? The 2019 general election saw the views of almost 14.5 million voters (45.3% of all electors) go unrepresented, while unelected legislators continue to be appointed to the House of Lords, without a mandate from, and no accountability to, citizens.

Our broken Westminster system – with its power-hoarding tendencies, over-centralisation and short-term policy-making – combined with decades of institutional failure and lack of reform, are at the root of most of this dissatisfaction and lack of trust.

To quote Edelman’s own findings: ‘How did the birthplace of parliamentary democracy, the “mother of parliaments,” and a respected voice of sense on the world stage find itself in such an unaccustomed place?’ Our broken Westminster system – with its power-hoarding tendencies, over-centralisation and short-term policy-making – combined with decades of institutional failure and lack of reform, are at the root of most of this dissatisfaction and lack of trust.

We need to renew our democracy wholesale before it’s too late – shifting away from the centralised ‘Westminster model’ of governance, towards a consensus model which would include a move towards proportional elections for both chambers; decentralising power and sharing it across our nations and regions; and ensuring that citizens are engaged and empowered with a genuine voice over their democracy.

Westminster needs an ambitious, democratic overhaul to bring it into the 21st century. Only by switching to a fair, proportional voting system for Westminster and replacing the House of Lords with a PR-elected second chamber representing all parts of the UK, we can bring power closer to voters, while putting into practice the fundamental values of cooperation and equality – all of which are fundamental to ensuring that citizens once again are satisfied with democracy and trust their institutions.

To revitalise our democracy, the Electoral Reform Society is calling for: