Election 2019 – The key indicators that may determine the result 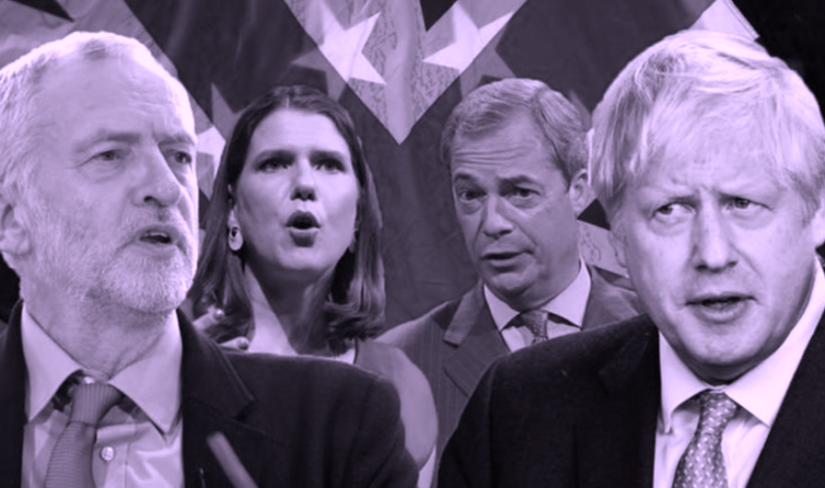 TruePublica Editor: There is no possibility of predicting what will be the outcome of election 2019. The pollsters will do everything they can to attempt to regain the confidence of … well, anyone after disastrous prediction results and their criminality at the EU referendum. At the 2015 election, 2016 referendum and 2017 snap election, they were either way off the mark or lying and their reputation in political circles lies in tatters. Forget what the pollsters say until it’s we know the actual results. An article at the London School of Economics explains that polling on vote expectations rather than vote intentions (a big mistake by pollsters since 2015) is the answer. We’ll see.

Labour will be hoping its campaign, which is focused on the very evident effects of austerity and inequality will resonate against the divisive backdrop of Brexit. Their radical reform agenda may well be more persuasive this time around to traditional working-class voters, who may finally decide that the Brexit story means nothing to them any more and solid policies do.

Other factors in play such as the high number of marginal seats, MP’s standing down, Brexit, Boris Johnson’s increasingly shady reputation and tactical voting all mean so much more this time around. Even the weather will have implications for the result. I suspect also that many who voted for Brexit will vote for a party that stops it but not the other way round. The ifs and buts are many.

Labour has said they will fight fair using their usual doorstep, community-led strategies and rally-style tactics. The Tories have already been caught out on day one using voter ‘disengagement‘ tactics in the marginal seat of Milton Keynes. Its strategy there is to ‘demotivate younger Labour voters’ and links negative news about Jeremy Corbyn to an article in the Spectator. In contrast, the Spectator is in hot water for Rod Liddle’s appalling article that suggested that the upcoming election be held on a Muslim holy day to stop them from voting at all. With Dominic Cummings at the helm of their campaign, he guarantees dirty dark money fuelled strategies just as Vote Leave did.

Politics.co.uk has a very useful and well laid out region-by-region guide to the most volatile election in memory written by Chaminda Jayanetti – a politics writer for the Observer, Guardian, Private Eye, Times, Mirror and iNews.

Here is a summary of the make or break issues in this election from that article.

There is evidence that Brexit has lost its sheen in the North East more than in Yorkshire. So while Bishop Auckland and Stockton South are do-or-die gains for the Tories, Blyth Valley and North West Durham are harder tasks. If they take those two, they’re heading for a solid majority. The midpoint is Darlington, number 47 on their national target seat list. Should the Conservatives win here, Johnson will probably stay in No.10 no matter what happens in London and Scotland.

Warwick and Leamington, a tight marginal that ought to stay Labour based on its 58% Remain vote. The Lib Dems are nowhere here – if the Tories retake this seat, tactical voting has failed, the Remain vote has split and Johnson could be in for a good night.

The Conservatives are building their entire campaign on winning over Labour Leave voters in Dudley North, Newcastle-under-Lyme, Peterborough and Derby North.  Fifteen seats could fall to the Tories on a five per cent swing from Labour.

The capital is crucial to the outcome of the election – if the Tories do badly here and in Scotland, it may wipe out their gains in the North and Midlands. If they hold on here, they should stay in power.

Working-class Leavers will decide whether Dagenham turns Tory or stays Labour. If it’s the former, the Tories are in for a very good night.

If the regional Tory-Lib Dem swing rises above ten per cent in the South-West, a whole slew of seats come into play – the likes of Thornbury and Yate, Yeovil and Taunton Deane. At that point, the Tories are in huge trouble.

In the South-East taking places like Eastleigh, Lewes, St Albans and Winchester would be a good night’s work for Swinson.

A two per cent swing across Wales from Labour to the Tories may not deliver them a single extra seat. A swing between two and four per cent would take Gower, Wrexham and Vale of Clwyd, while five seats fall on a swing four-to-six per cent. The Tories could gain votes without gaining seats – but past a tipping point, the seats start dropping like flies.

Around a quarter of Scotland’s 59 seats were won by fewer than a thousand votes in 2017, making it heavily laden with marginals.

If this election becomes a proxy referendum on Brexit or on independence, it ought to favour the SNP – support for independence has risen since 2017, while tactical voting by Remainers could win back numerous Tory-held seats. Scottish Labour is a mess and the Scottish Tories leaderless.

The SNP suffered badly from the fall in turnout between the 2015 and 2017 elections, and there’s no guarantee the party can motivate those voters back to the polls. Bet on the SNP, sure – just don’t bet the house on them.

This election is also about Jewish and South Asian communities. It’s about labour voters in the midst of the Brexit battle with working-class people – it’s about how divided the country really is and how political parties will exploit new weaknesses in civil society and about the real outcomes of austerity. How many people are out there thinking right now about the damage done between generations in their own families who just want peace and order? Will the desire for cohesion and civility play a role?

Election 2019 is about fighting on so many narrow and complicated fronts it’s impossible to say what the result will be. One thing is for sure – many will be staying up late on Thursday 12th December to witness how these key points play out on the night.