Election: LSE report on the British Press – ‘From watchdog to attack dog’ 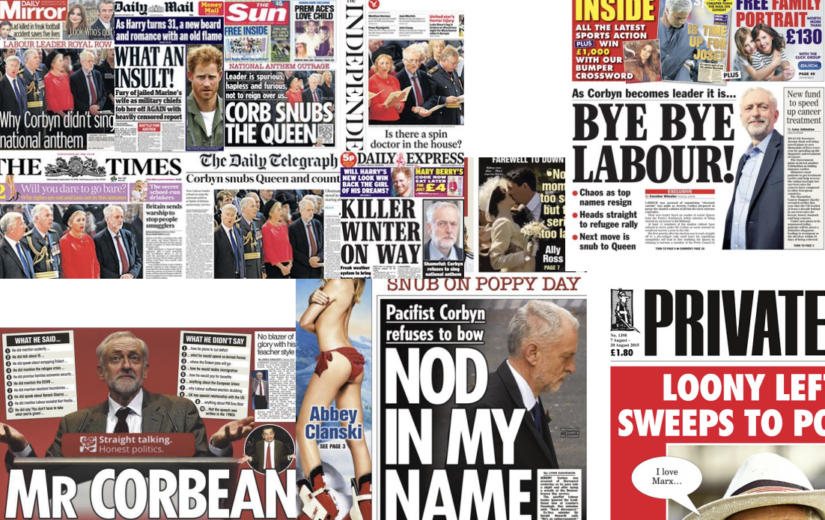 Irrespective of anyone’s political affiliation – the mainstream media has a responsibility to hold power to account, not facilitate wannabe authoritarians into Downing Street. Don’t forget these are the words from the London School of Economics, founded in 1895 for the betterment of society. Despite its name, the school is organised into 25 academic departments and institutes which conduct teaching and research across a range of pure and applied social sciences – and what its research finds from the last election about the mainstream media is truly alarming.

I would urge that you read this report and then share this article link far and wide.

From “Watchdog” to “Attack dog”

his research project provides a sound and theoretically informed analysis of the various (or unison) media representations of the rise of Jeremy Corbyn as a candidate for the Labour leadership and of him as the new leader of the largest opposition party in the UK. Furthermore, this project also aims to make a contribution to the ongoing public debate regarding the role of mainstream media and of journalists in a media-saturated democracy.

We set out to recognise and acknowledge the legitimate role of the press to critique and challenge the powers that be, which is often encapsulated by the metaphor of the watchdog. Our systematic content analysis of a representative sample of newspaper articles published in 8 national newspapers between 1 September and 1 November 2015, however, shows that the press reacted in a highly transgressive manner to the new leader of the opposition, hence our reference to the attack-dog metaphor.

Our analysis shows that Corbyn was thoroughly delegitimised as a political actor from the moment he became a prominent candidate and even more so after he was elected as party leader, with a strong mandate. This process of delegitimisation occurred in several ways: 1) through lack of or distortion of voice; 2) through ridicule, scorn and personal attacks; and 3) through association, mainly with terrorism.

All this raises, in our view, a number of pressing ethical questions regarding the role of the media in a democracy. Certainly, democracies need their media to challenge power and offer robust debate, but when this transgresses into an antagonism that undermines legitimate political voices that dare to contest the current status quo, then it is not democracy that is served.