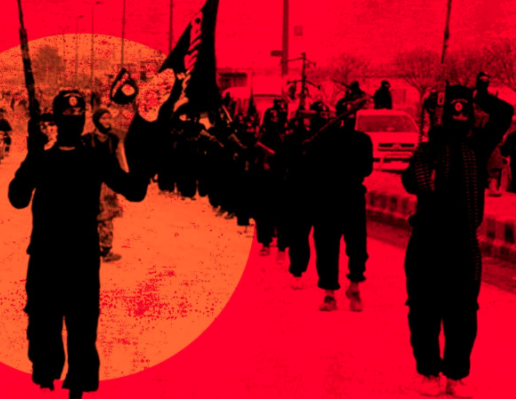 By Graham Vanbergen – The BBC has just reported that “Britain faces a level of terror threat not seen since the IRA bombings of the 1970s.” It is by implication predicting successful terror events in Britain every six months killing dozens and injuring hundreds in the very near future for decades to come.

The report goes on to say that “Max Hill QC, the new independent reviewer of terrorism laws, told the Sunday Telegraph that Islamist extremists were targeting UK cities. He credited the effectiveness of the intelligence services in limiting the level of threat to Britain. Home Secretary Amber Rudd told ITV’s Peston on Sunday that defending the UK was her “main priority”.  Ms Rudd said she agreed with Mr Hill’s assessment of the current terror threat facing the UK, adding that ensuring a country is well-defended is “the most important job a home secretary does”.

In the 1970’s Britain suffered from a campaign by terrorist organisations in Northern Ireland over its constitutional status which had an an ethnic or sectarian dimension, it was not a religious conflict. All the events were carried out by the IRA and there were no other terrorist events in Britain during that period.

There were twenty terrorist attacks. Overall 30 civilians died in 6 events, 162 were injured in nine events, one Israeli diplomat died and 12 soldiers were killed in two events.

Throughout what was termed ‘The Troubles’ or Northern Ireland Conflict, it is reported that approximately 10,000 explosive devices were used throughout the campaign. Including both mainland Britain and Northern Ireland over the entire period, more than 3,500 people were killed (by comparison 2,996 were killed in 9/11 leading the West to attack the Mid-East) in the conflict, of whom 52% were civilians, 32% were members of the British security forces, and 16% were members of paramilitary groups.

Max Hill, according to his profile at ‘Redlion Chambers, “has built his reputation prosecuting in many of the most significant terrorism trials of the past decade” and is “very persuasive and therefore able to provide a complete package to all clients and respected for being a compelling, extraordinarily logical and appealing advocate.”

Mr Hill also pledged to review anti-terror measures over concerns about any infringements of freedom – a bit late given the enormous level of privacy and freedom the British public have already had taken away for those same reasons. Hill describes our latest future fears: “It’s an enormous concern that large numbers – we know this means at least hundreds of British citizens who have left this country (Syria) in order to fight – are now returning or may be about to return”.

In other words, Max Hill is saying that hundreds of ISIS fighters, now trained terrorists are now returning from Syria, Iraq and Libya to continue their efforts against Britain in a similar organised fashion that the IRA did and his role is to protect the British people from Draconian Surveillance Laws Called “Disproportionately Dangerous” by Amnesty International, Terrifying even by the mainstream press and the most Orwellian in Europe by human rights groups.

The Gatestone Institute has described Britain’s anti-terror legislation as the World’s “Toughest” Counter-Terrorism Laws. The UN Declared that the “UK Has Weakest Oversight Of Surveillance In The Western World.” Joseph Cannataci the United Nations Special Rapporteur on privacy recently stated:  “In our case we are looking at a technology that is ever-developing, and ever-developing more sinister capabilities” and that surveillance in Britain “has gone out of control.”

Civil liberties groups counter that the measures are “draconian” in scope and represent a dramatic expansion of government surveillance powers, ones that are ripe for misuse if they are not matched by strong safeguards. Those safeguards were never put in place and anti-terror laws are now being used to hunt down non-payers of TV licences, parking fines, dog fouling, under-age sun-bed use and even feeding pigeons.

New legislation gives government, its agencies and some commercial entities total access to every citizens online and communications activity and history. This includes dozens of departments such as the tax department HMRC, council officers and even the Food Standards Agency to name just a few.

Max Hill’s ability to achieve anything whatsoever when it comes to reviewing some of the most anti-democratic, heavy-handed and oppressive anti-terror laws the West has ever seen is absurd to the extent of being comical. His words are yet more propaganda to somehow justify both his position and that of the government.