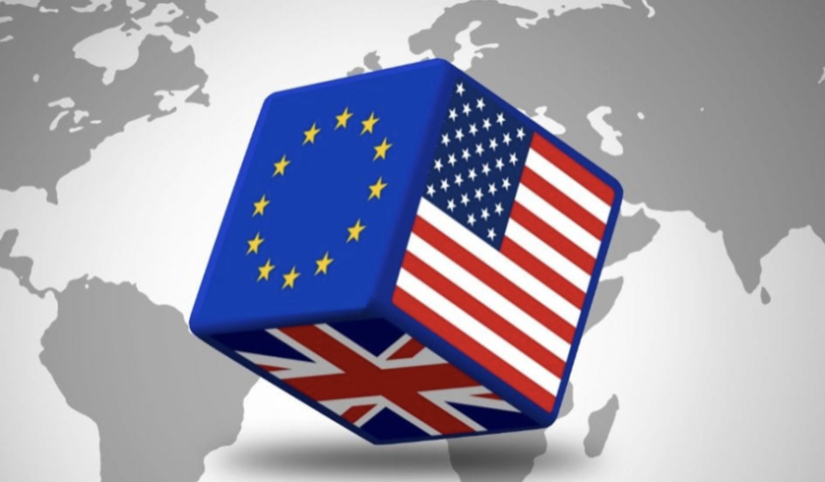 By TruePublica: The recent Huawei 5G decision for Britain was telling. Right now, Boris Johnson has to navigate some very tricky economic, diplomatic and geopolitical headaches. And it’s clear he is hedging his bets to better lever negotiation prospects.

Britain is now out of the European Union but it has to face up to the fact that a decision needs to be made about the long-term future. That future is determined by all sorts of factors and Britain does not have a good track record of making geopolitical decisions based on prosperity and global standing.

But still, there’s a stark fact. Britain either has to pivot towards Europe or to America.

Whether we like 5G or not, banning Huawei would have cost the UK tens of billions of pounds, delaying by several years the implementation of new technology, which will dramatically increase the capacity of mobile networks and underpin the widespread introduction of, amongst other things, artificial intelligence and driverless cars.

For the United States, Boris Johnson’s decision to go with Huawei, however limited, is a potential tipping point in Washington’s faltering struggle with Beijing for global technological and economic dominance. Britain joins Canada and Germany, along with a number of EU countries to push on in some way with Huawei.

The decision demonstrates the wider tensions in the post-Brexit “Global Britain” policy. Britain needs to get on with its technical revolution and can’t afford delays just because the American’s are whining that their own global supremacy is being chipped away by the Chinese.

However, very soon, Britain is going to have to kiss and make up with world powers if it wants to get on and keep up. That decision is as big as the EU referendum decision was back in June 2016. Britain will have to ‘pivot’ towards its chosen next best friend. And the only real bit of leverage it has right now – is that it could move one way or the other. This is why the Johnson government is courting both. And Johnson knows the country is divided on that as well.

Half of the nation really doesn’t like the way America police’s the world for its own economic benefit. It doesn’t like Washington’s brutal ‘negotiations’ that are mostly made up of threats and coercion and it doesn’t like being associated with Donald Trump’s religion of free-trade to the benefit of corporations no matter what. The thought of the NHS being sold off, that ‘farm-to-fork’ agriculture will be decimated for American chlorinated chicken and chemically-laden baby food will be the new norm genuinely horrifies the British public. On the other hand – the electorate voted to leave the EU.

The EU’s announcement last week that it is launching a parallel World Trade Organization court to circumvent the United States in Geneva is the clearest sign to date of a more muscular “geopolitical” Commission.

As Britain readies to leave the world’s largest trading bloc and steps out onto the global geopolitical and economic battlefield, it faces Donald Trump who has changed the rules of engagement. For Trump, one thing is always dependent on something else. For this trade deal, you’ll have to do as we say over Iran (etc). “Anyone doing business with Iran will NOT be doing business with the United States,” tweeted Trump. The trouble is, after the debacle over Afghanistan, Iraq, Libya and Syria – the British people will no longer support its government pushing for another foreign escapade it cannot afford.

This is an inescapable reality of Trump’s foreign policy strategy. It is not working in the EU. They are standing firm and are about to economically outflank America.

The EU’s announcement last week that it is launching a parallel World Trade Organization court to circumvent the United States in Geneva is the clearest sign to date of a more muscular “geopolitical” Commission.

This tactic came about because of America (again). Last December, the WTO’s main trade court no longer had enough judges to function. The U.S. had been blocking the appointment of judges to its Appellate Body, the highest dispute resolution panel, accusing the court of being too soft on its archrival China. Without the court to adjudicate disputes independently, global trade risked reverting to a system where economic muscle was all that mattered. In addition, if America did not get its way – it simply bullied its way with sanctions, trade wars and other threats.

In response, the new EU Commission set up a parallel WTO court without the U.S. so everyone can get on with doing business as normal. Brussels believes it has scored a major victory to keep the multilateral trading system alive and prevent future trade wars, by agreeing to set up a binding trade dispute appeals arbitration with 16 other countries, including China and Brazil. The new system will function without the U.S., which has suffocated the WTO’s built-in tribunal by vetoing any appointments of judges.

Britain should look at this as an example of what its future might look like. It can choose to work with the American model and expect to be pushed around, forced into difficult corners and losing control or it can point towards a trade body that is looking towards Eurasia as trading partners.

Britain cannot have both – it simply won’t work if it tried to. America in comparison to the EU is politically and economically hard right. The EU is often cumbersome and slow to react as it has 27 members to get agreement with – but that’s what makes it more moderate in the first place.

Right now Britain could choose to go with an American trade deal or an EU trade deal – but both come with geopolitical consequences and obligations.