First Recorded Successful Novichok Synthesis was in 2016 – By Iran, in Cooperation with the OPCW 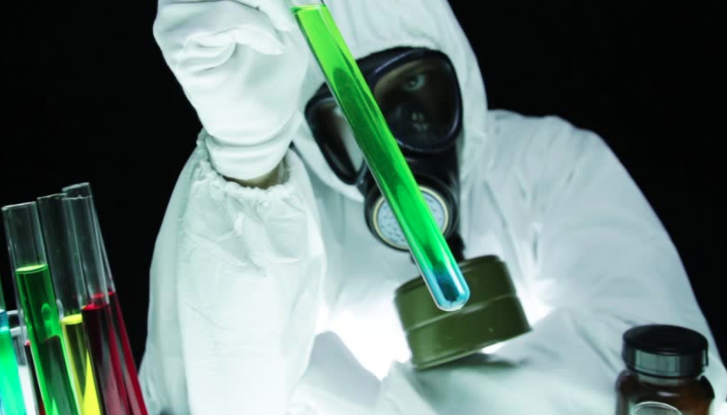 By TruePublica Editor: Before reading the article below it should be fully understood, if you didn’t already know, that Craig Murray was British Ambassador to Uzbekistan from August 2002 to October 2004. In 1984 he joined the Foreign and Commonwealth Office. In 1990, he was also head of the FCO Section of the Embargo Surveillance Centre, responsible for intelligence analysis on Iraqi attempts at evading sanctions, particularly in the field of weapons procurement, and with providing information to UK military forces and to other governments to effect physical enforcement of the embargo.

Murray was responsible for Britain’s relationship with Uzbekistan. He found Western support for the dictatorial Karimov regime unconscionable, most particularly the use of torture as a way of extracting information subsequently used by the Blair government to fabricate the ‘dodgy dossier’ or ‘September Dossier’ that convinced parliament to join America and attack Iraq. Murray was fired from his distinguished service to the nation for speaking up.

Murray has also visited the very chemical weapons site in the ex Soviet nation of Uzbekistan that Novichoks were reported to have been developed. The Americans were there as the OPCW dismantled the entire site as part of a global chemical weapons agreement (which the Americans themselves have still not honoured). Both confirmed that this task had been fully achieved.

When Craig Murray speaks on this particular matter – he has personal experience, has contacts and a track record of truth telling – unlike the majority of parliament today.

As an aside, I would highly recommend reading today’s piece written by Peter Hitchins which is very telling, as the current environment that some journalists, commentators and a few politicians are now operating in, specifically with regard to the Novichok story, has changed to the point of fully muzzling free speech. Hitchins first line reads – “Is THIS a warning? In the past few days I have begun to sense a dangerous and dark new intolerance in the air, which I have never experienced before.

His last line reads “Yes, I am scared, and I never have been before. And so should you be. War, or the danger of war, is always an opportunity to silence troublemakers.”

By Craig Murray: The line that novichoks can only be produced by Russia is now proven to be a complete lie. As I previously proved by referencing their publications, in 2013 the OPCW scientific advisory committee note the evidence was sparse that novichoks had ever been successfully produced, and that was still the line being published by Porton Down in 2016. You can find the hard evidence of all that here.

“I have now been sent the vital information that in late 2016, Iranian scientists set out to study whether novichoks really could be produced from commercially available ingredients. Iran succeeded in synthesising a number of novichoks. Iran did this in full cooperation with the OPCW and immediately reported the results to the OPCW so they could be added to the chemical weapons database.”

This makes complete nonsense of the Theresa May’s “of a type developed by Russia” line, used to parliament and the UN Security Council. This explains why Porton Down have refused to cave in to governmental pressure to say the nerve agent was Russian. If Iran can make a novichok, so can a significant number of states.

While Iran acted absolutely responsibly in cooperating with the OPCW, there are a handful of rogue states operating outwith the rule of international law, like Israel and North Korea, which refuse to ratify the Chemical Weapons Convention, join the OPCW or destroy their chemical weapons stocks. Russia has cooperated in the OPCW destruction of all its chemical weapons stocks, completed last year, which included regular OPCW inspection of all the sites alleged to have been in the original “novichok” programme. Why nobody is even looking at the rogue states outwith the OPCW is a genuine puzzle.

Extraordinarily, only yesterday the Guardian was still carrying an article which claimed “only the Russian state” could make a novichok. Despite the lying propaganda regurgitated by virtually every corporate and state “journalist”, in truth is it is now proven beyond dispute that “of a type developed by Russia” has zero evidential value and is a politician’s weasel phrase designed deliberately to mislead the public. The public should ask why.