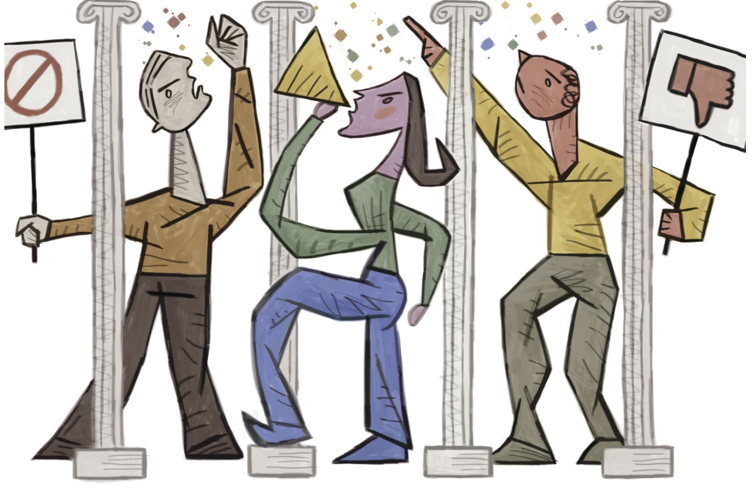 Open Rights Group has worked with David Allen Green of Preiskel & Co., who litigated the “Twitter joke trial” case on section 127 of the Communications Act 2003, to respond to the Law Commission’s review on the reform of the online communications offences.

The Law Commission’s proposal, which aims to modernise the law in order to protect victims from harmful online behaviour, proposed a new offence to replace the current communications offences (the Malicious Communications Act 1988 (MCA 1988) and the Communications Act 2003 (CA 2003)), to criminalise behaviour where a so-called free speech communication would likely cause harm. The Commission also proposed to include the introduction of the requirement of proof of likely harm.

In our submission, we respectfully outlined our disagreement with the Law Commission’s proposals, noting that:

“by attempting to capture a wide range of behaviours within a single online offence, with a highly malleable concept of mental distress and wide potential audiences, the offence opens up the potential for a wide range of legitimate communications to be deemed criminal […]
Additionally, the problems we identify with the new potential offence may be made worse by the government’s proposed Online Harms framework, which will impose a legal duty over Internet Society Services to exercise a “duty of care” over their users. […]
If the legal test for the point where mental distress triggers criminal liability is difficult to understand, or to assess content against, this is likely to create an incentive for companies to remove legal content that is found in the grey areas of “likely audiences” experiencing a “risk” of mental distress in order to successfully carry out their legal duties, and avoid direct risk of regulatory action.”

We recommended, instead, that there should be no substantive difference between Public Order Act offences and online offences, and that Section 127 of the Communications Act should be repealed in any case.

The Public Order Act focuses on threats to people’s safety, and therefore covers a lot of the ground which the Law Commission seeks to ensure is understood as criminal. However, it currently does not apply to communications, only to acts in public. Extending it to make it clear that its offences apply equally to online communications would be simple and relatively easy for all to understand. In our submission, we noted that:

When it comes to free speech – what is illegal offline should be illegal online. That means that there should be a single legal standard for all threatening behaviour likely to cause alarm, distress, or harassment, regardless of the medium (or lack of medium) used. In order to protect victims from online harms, the communications offences must not be redrafted in a manner which is so overly complicated, vague, or broad that they create collateral censorship and restrict freedom of expression.

You can the submissions of ORG here.