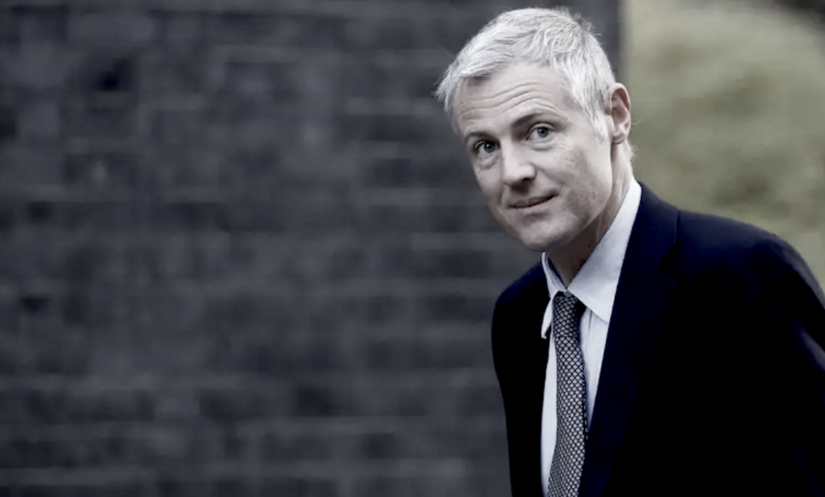 By TruePublica Editor: The Electoral Reform Society (ERS) said elevating Zac Goldsmith to the House of Lords would send the message that the upper chamber is an “absurd insurance policy” for MPs who lose their seats and is now little more than a private members club for those trounced at elections.

After all – what has Zac Goldsmith achieved in his political life? Nothing. Literally nothing.

Born in London, the son of billionaire businessman and financier Sir James Goldsmith of the Goldsmith family, he was educated at Eton College. Of course.

In 1998, his uncle Edward Goldsmith made him editor of The Ecologist, a position he retained until 2007. So it’s nice to have wealth in the family that can elevate you at the age of just 23 to such a lofty position.

In 2016, he loses to Sadiq Khan in the race for London mayor.

The same year ‘Zac’ was embroiled in a ‘non-dom’ issue. The Evening Standard quoted Goldsmith stating that non-domiciled status let individuals “make lifestyle choices to avoid paying tax.”  In 2009, however, Chris Huhne, Liberal Democrat home affairs spokesman at the time, said that Goldsmith was likely to have avoided paying £580,000 per year for each year in the previous decade as a result of his non-dom status. So that’s nice.

‘Zac’ was also involved in a political punch-up with the media over political expenses that involved Channel4 News, The Bureau of Investigative Journalism, the electoral Commission and OFCOM.

Goldsmith had promised that he would not stand as a Conservative candidate at this last election if the Conservative Party backed the expansion of Heathrow Airport. But they did – and so he stood anyway.

At the age of 32, he gets leafy Richmond Park to contest in an election and loses.  At the general election on 8 June 2017, Goldsmith regained the Richmond Park constituency as a Conservative candidate, winning with a majority of just 45 votes, the fifth-slimmest in the election. At this 2019 election, he lost to the LibDems, who basically won not much else and themselves got ousted just about everywhere expected.

To sum up, Zac Goldsmith, the son of a billionaire who subsequently dies and (allegedly) passes something like a £billion over was a non-dom until he got caught out, lost the mayoral contest and loses his own seat twice, voted against the government on Heathrow as a type of ‘dead in a ditch’ thing, changes his mind – loses – and for all that is given a peerage.

So, for supporting Boris Johnson on Brexit – he is now elevated to the House of Lords having achieved literally nothing of any great consequence. And because of this – Goldsmith could keep his cabinet position as an environment and development minister simply by being awarded a peerage.

“There should be a moratorium on new appointments while the Lords is replaced with a fairly-elected revising chamber. This private members’ club has got to go.”

The Daily Telegraph reports there could also be peerages for Shanker Singham, a Brexit-backing director at the seriously right-wing IEA think tank who got caught red-handed profiting from American donors by providing them with direct access to Brexit negotiators. Then there’s, Brexit-backer Martin Howe QC, who helped the Tories’ previous bid to replace the Human Rights Act with a Bill of Rights who, by the sounds of it, will be in the Lords as well.

Darren Hughes, chief executive of the ERS, said: “The bloated House of Lords is already packed full of defeated and former MPs – over 200 of them. Politicians shouldn’t be rewarded with votes on our laws for life, after losing their seat. This issue we’ve seen across parties for years and makes an absolute joke of democratic accountability. Our second chamber should not be some absurd insurance policy for trounced MPs.”

Hughes was livid and went on to say – “While hard-working families scramble to finish their Christmas shopping the political class are swapping gifts with each other – courtesy of the taxpayer. Enough is enough. There should be a moratorium on new appointments while the Lords is replaced with a fairly-elected revising chamber. This private members’ club has got to go.”

The Electoral Reform Society is the world’s oldest operating organisation concerned with political and electoral reform – which seeks to replace the first-past-the-post voting system with one of proportional representation, which is much needed before Democracy fades away in Britain.