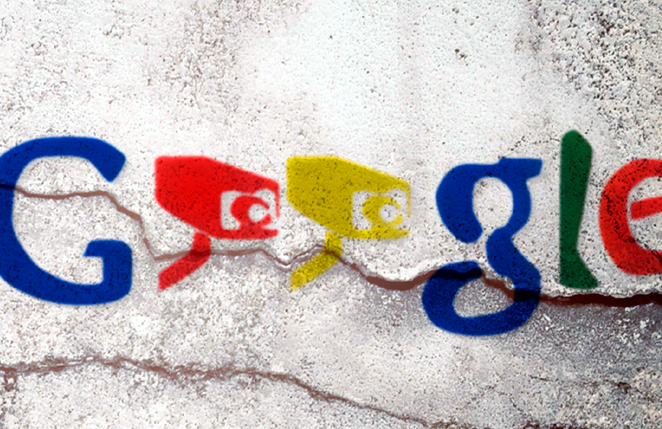 By BigBrotherWatch: People with shop loyalty cards will soon have their purchases tracked by Google whenever they buy goods in bricks-and-mortar shops.

In a move that will alarm privacy campaigners, the technology giant will use the information to work out when users who click on online adverts make an offline purchase as a result.

The technology has been described as the ‘holy grail’ for advertisers because companies will finally know exactly how effective their online adverts are.

The scheme is being launched in the US, where Google will be able to access people’s credit and debit card data to provide even more detailed information about their spending.

The company will not have quite that level of access in the UK, where privacy laws are much stricter. But it will be able to track purchases via the loyalty cards of any store that signs up for the scheme.

It raises grave questions over privacy yet again with Google, which has in the past shown a worrying disregard to users’ personal information.

Renate Samson of Big Brother Watch said: ‘The one thing people regularly state as ‘creepy’ online is when an advert follows them around the internet. These plans appear to extend ‘creepy’ into the physical world.

‘If people want to avoid having their shopping habits monitored on the high street by Google, by shops or by banks they should restrict the amount of data they hand over.

‘Companies track and monitor in order to advertise to us. If we don’t want them to do that, take control; don’t give your email address for a digital receipt, check the terms and conditions, avoid using loyalty cards and where possible choose to pay with cash’.

Google made £60 billion in revenue last year, a quarter of which was from advertising and the company rakes in 40 per cent of the entire online advertising market.

Yesterday Google championed the technology at Google Marketing Next, its annual event where it reveals new advertising technologies.

It said that currently advertisers know how many times a person clicks on an advert and if they buy something online but they do not know if that same person buys something at a real store.

The new system, called Google Attribution, solves this problem for the first time.

Google currently builds profiles of users based on every time they use a Google product, such as a search on Google.co.uk or a video they watch on YouTube. Google uses this to target adverts based on what people look at.

The company will now match the profiles up with credit and debit card information given to them by third party companies. This will allow Google to show clearly if somebody buys something in real life after seeing an advert for it online.

Google says that it will not be able to identify who each person is as their Google profile is anonymous. The spending data from the third party companies is anonymous and encrypted. Google will also not tell advertisers who the individual consumers are.

He said that ‘neither gets to the see the encrypted data that the other side brings’.

In the US Google says that it will have access to 70 per cent of all credit and debit card transaction.

The company was not able to provide information on how much store card data it would have in the UK.

Privacy advocates were alarmed and Paul Stephens, of Privacy Rights Clearinghouse, a consumer advocacy group based in San Diego, said that the system could be vulnerable to hackers.

He said: ‘What we have learned is that it’s extremely difficult to anonymize data. If you care about your privacy, you definitely need to be concerned’.

Yet Google has a chequered record on privacy on projects including its Street View cars which siphoned off private wi-fi data, leading to fines from regulators in the US and Europe.

Google was recently criticised after its DeepMind division was given access NHS patient records without their full consent.

A Google spokesman said that it would only use store loyalty cards if consumers had given permission for their data to be shared, which would likely be in the terms and conditions.

He said: ‘While we developed the concept for this product years ago, it required years of effort to develop a solution that could meet our stringent user privacy requirements.

‘To accomplish this, we developed a new, custom encryption technology that ensures users’ data remains private, secure, and anonymous’.