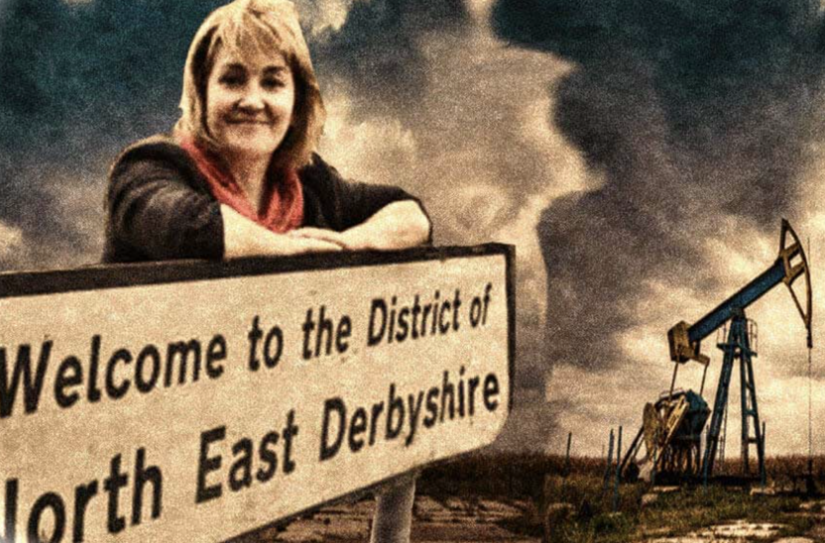 By Russell Scott: The British government has retrieved and released dozens of emails wrongly deleted by the former shale gas commissioner following a nine-month investigation by the Information Commissioner, Unearthed can reveal.

Engel was criticised by green groups for her previous affiliation with fracking firm INEOS, which once hired her to write promotional literature.

At the time of her exit, the Department for Business, Energy and Industrial Strategy (BEIS) – for which she was a commissioner – was reviewing her compliance with an Unearthed freedom of information request after she admitted to routinely deleting correspondence with industry.

Earlier this year the Information Commissioner ‘s Officer (ICO), using unusually strong language, criticised the commissioner’s record-keeping and ordered BEIS to find and supply the deleted emails, which it has done — albeit more than a year after the initial review.

Though the ICO did not find criminal offence because it had not seen evidence that suggested the former commissioner was deliberating trying to prevent disclosure, it ruled that there had been “very serious and egregious record keeping and management failures.”

Jonathan Bartley, leader of the Green Party, said: “The emails and meeting notes should never have been deleted, and it should not have taken the intervention of the ICO to prise them out of the clutches of BEIS.

“Now that the emails have seen the light of day, it is easy to see why the Government might not have wanted them to. They reveal a hand in glove relationship between the fracking commissioner and the fracking industry, even to the point of briefing the commissioner before interviews.”

“BEIS must learn lessons from this sorry period.”

Unearthed contacted Natascha Engel for comment but she failed to reply.

Unearthed offered BEIS opportunity for comment but they failed to reply by the time of publication.

Unearthed was handed 15 email threads containing dozens of emails for three months as of October 2018, as was originally requested in January 2019 — though Engel remained in office until April.

Among the correspondence released was fresh detail on a letter Engel wrote to media editors in November 2018 which criticised the negative coverage of Cuadrilla’s fracking operation at Preston New Road. The letter also put a positive spin on the driller’s gas find.

Engel deleted an email that revealed she had shared a copy of the letter with Cuadrilla’s CEO.

It wasn’t the only time Engel took issue with the media’s handling of the shale gas issue. Unearthed last year revealed that the Commissioner submitted a complaint to broadcasting regulator Ofcom over a Channel 4 news broadcast about drilling-induced earthquakes.

The complaint, obtained via a separate freedom of information request, called on Ofcom to “investigate this item” as it “misrepresented facts” in comparing the oil and gas earthquakes felt in the Netherlands and the seismic activity that occurred near the UK’s fracking site.

In the latest tranche of disclosed correspondence, emails show that Engel was briefed by Cuadrilla’s communications manager prior to a radio interview in January 2019. The former commissioner also met with Cuadrilla in a Preston branch of Starbucks to discuss the firm’s fracking plans in November 2018 – with no minutes or meeting notes retrieved by BEIS.

The case began when, in response to a freedom of information request early last year, Engel explained: “I tend to deal with everything on the day and delete what has been done to avoid any huge build-ups or risk of duplication.

“The same is true of the few notes I take in meetings which I review in the evenings, action and throw away.”

In its verdict, which compelled the government to locate and release the deleted emails from the period requested), the ICO described the incident as “particularly complex and unusual.”

Complexities aside, the transparency watchdog was firm in its opinion that there was “very serious and egregious record keeping and management failures on the part of the office of Commissioner for Shale Gas.”

And though it was concluded that no criminal act was taken, the ICO warned BEIS of a “failure to conform to the Section 46 code of practice in that the former Shale Gas Commissioner did not have ain place an appropriate records management policy.”

Steve Goodrich, Senior Research Manager, Transparency International UK said: “‘Transparency over lobbying is critical to ensuring integrity and accountability of decision making. When public officials fail to ensure sufficient transparency over their actions, it can give the impression they have something to hide.

“All public bodies should ensure they have the relevant processes and procedures in place to comply with access to information requests in a timely manner.”

Months after Engel quit as shale gas commissioner, the government – which had stuck to its seismic activity despite pressure from industry – issued an indefinite moratorium on shale gas exploration.

Documents obtained by Unearthed show that INEOS – one of the few firms that was still placed to drill – wrote to the Prime Minister’s office after the election to inquire after clarification of the government’s fracking policy.

In a response in mid-January, energy minister Kwarsi Kwarteng stood by the government’s pre-election commitment