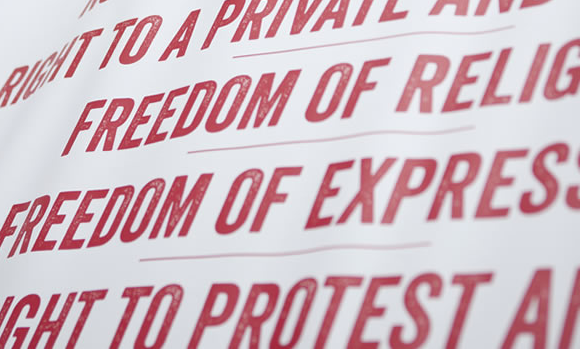 By Political Concern: Jeremy Corbyn’s Amendment 2 to the European Union (Withdrawal) Bill, aimed to retain the European Charter of Fundamental Rights and ensure that it would be transferred, with the rest of EU law, when Britain leaves the EU in March 2019.

They include the rights:

o    not to be tortured, or experimented on against our will

o    to liberty and security

o    to private and family life

o    to freedom of thought and expression

o    to equality before the law

o    to be protected from unfair dismissal

o    to social security and protections

o    to freedom of movement

The former Attorney General Dominic Grieve, however, pointed out that “the whole point about the Human Rights Act was that it added to protections enjoyed under the common law and did so in a way that was compatible with this House’s sovereignty.” He said that failing to incorporate the Charter into UK law after Brexit would send out a strange message about the Conservative’s approach to human rights, and urged peers to consider the issue when the bill passes to the House of Lords. In the understatement of the year he added: “Nice as it is to rely upon the Executive’s goodwill… that goodwill is not something that we should always rely on”.

Despite the Labour Leader’s concern about jettisoning the European Charter of Fundamental Rights. 48 Labour MPs, including Daniel Zeichner, Chuka Umunna, Ben Bradshaw, Chris Bryant, Frank Field, Kate Hoey and Graham Stringer voted for the EU Withdrawal Bill, which passed through the House of Commons by 322 votes to 99.