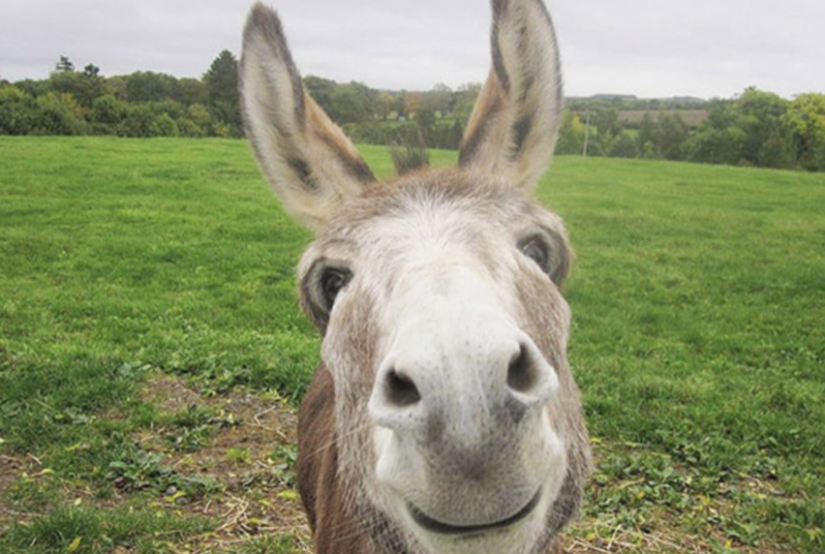 By Jonathan Cooper: “A week’s a long time in politics”, Harold Wilson once presciently observed. Boris Johnson has had one of those weeks. Just over a week ago, that campaigning newspaper, the Mail on Sunday thought they had a scoop on Keir Starmer. He’s like so many others, they suggested, and out to profit on land speculation. They splashed their ‘scoop’ across their front page.

#DonkeyGate, as it is affectionately known, spectacularly backfired. The Starmer family do have a field in Surrey. For a donkey sanctuary. More from the donkeys shortly.

Then there was the U-turn. “This isn’t right.” That’s all Keir Starmer’s tweet said in response to Boris Johnson’s confirmation that the government intended to keep the NHS surcharge for people working in the NHS from abroad. 24 hours later following pressure from Tory MPs and the media, including social media, the prime minister yielded. The surcharge for NHS workers would be scrapped.

Hot on the heels from the U-turn, came the bewildering Dominic Cummings affair. Whilst we all stayed at home to protect the NHS on the instructions of the prime minister, his most senior adviser, Dominic Cummings, not only travelled to his parent’s home in Durham, but he also took day trips from there. As if to prove that his government is bound by different laws to the rest of us, Boris Johnson applauded Cumming’s instincts and stood by his man. Cummings showed no regrets for his actions.

Starmer’s response was simple. There is one rule for Dominic Cummings and another for everybody else.

With the combination of the Cummings affair and the prime minister’s NHS debacle, the chasm between him and Starmer is revealed. Starmer’s moral compass drives his politics. Those that seek to trip him up will need to navigate what motivates him.

What does #DonkeyGate tell us about the new leader of the opposition?

And, ironically, the Mail on Sunday’s attempt to smear him has achieved the opposite. Whilst Tory MPs, the Daily Mail and the Church of England join with many of us in questioning the prime minister’s judgment and value system, #DonkeyGate reveals qualities in Starmer that equip him admirably to lead his party and also suggest he is already a fine statesman. Ironically, in little more than a week, Boris Johnson and a newspaper loyal to him have proved beyond doubt that Keir is prime minister material.

What does #DonkeyGate tell us about the new leader of the opposition? I have my own insight into the Starmer’s donkeys. It was the mid-90s. Keir and I had just arrived back at Gatwick. We’d been in Geneva at the United Nations Human Rights Committee. “I’ve got my car here”, Keir said. “I can run you back to London, but I’ve got to go via my Mum’s to pick something up. She lives nearby.” It was a weekend. I was in no hurry. I agreed.

We were at Keir’s mum and dad’s house in no time. They still lived in the same house he’d grown up in. It was in a Surrey village that felt more like a little town. My memory is the house was off a main road. It was nondescript, semi-detached or maybe terraced, built either between the wars or just after the last war.

Keir said he wouldn’t be long, but suggested I come in. We went into the lounge. I was offered tea and a biscuit. There were a couple of other people also in the house, but Keir’s mum stood out. She was ruddy-cheeked and packed with energy. I hadn’t realised she had a disability. “Stills Disease” Keir later explained in the car “It’s sort of like degenerative arthritis”. Her condition was something she lived with all his life. She died about 5 years ago.

It quickly became clear we’d not be heading off immediately. There was something wrong with one of the donkeys. This was a family affair and required Keir’s undivided attention. We’d have to go up to the donkey field. The simple act of handing me a cup of tea had shown how affected Keir’s mum was by arthritis, but she was undeterred. On came the boots and she led the way through the back door along a path from the back garden to the donkeys’ field. Walking was clearly not easy for Keir’s mum, but this procession as we all joined her on her way to see the donkeys was something very familiar and normal to all there. I witnessed an extraordinary woman overcome her disability.

The field was an unremarkable piece of land above the house. Together, Keir and his mum resolved this particular crisis with one of the donkeys. There were half a dozen or so in the field. What I do recall vividly is the way these happy, hearty animals nuzzled up to this frail lady as she went about her business tending to them, feeding them and caring for them.

“It’s a sort of donkey sanctuary”, Keir said, once we were back in the car. Keir’s mum would take in and look after donkeys that were being neglected or whose owners could no longer care for them. “It’s her passion” he said. “I sometimes think she loves them more than she loves my sisters, my brother and me”, he added with a twinkle in his eye.

As she got older Keir’s mum’s commitment to the donkeys got no less. Despite the worsening of her condition, she would make her way up to the field to look after them. Even when she was effectively bed-bound, donkey duty was carried out by his dad who obediently reported back on their wellbeing.

As the events of the last week put beyond doubt, the difference between Starmer and Johnson is startling.

The donkeys became part of life. Keir would pitch up at work with occasional donkey news. And there was the moment when Keir was due to meet a top QC who was leading him in an important trial. “Can we reschedule?” Keir asked. “Of course,” the QC replied. “Is everything OK?”. It turned out that one of the donkeys had died and Keir’s mum really wanted him to be there at the funeral.

The story of Keir’s mum’s donkeys is sweet. And like much of Keir’s upbringing and the way he runs his life, it’s not really news. Keir’s parents were hard-working working people. They were committed to social justice. Keir shares these qualities. His intelligence, determination and abilities are endless. As #DonkeyGate became a story, the small insight that Keir’s mum’s donkey sanctuary does provide is that it hints at where Keir gets his drive from.

We can only speculate on how the UK could have emerged from the Covid-19 pandemic relatively unscathed had Keir been in charge. As the events of the last week put beyond doubt, the difference between Starmer and Johnson is startling. As we ache for the next General Election, five years of Boris may turn out to be too interminable both for him and us.

Jonathan Cooper is a barrister at Doughty Street Chambers in London and the former director of the Human Dignity Trust. This article was also published at openDemocracy