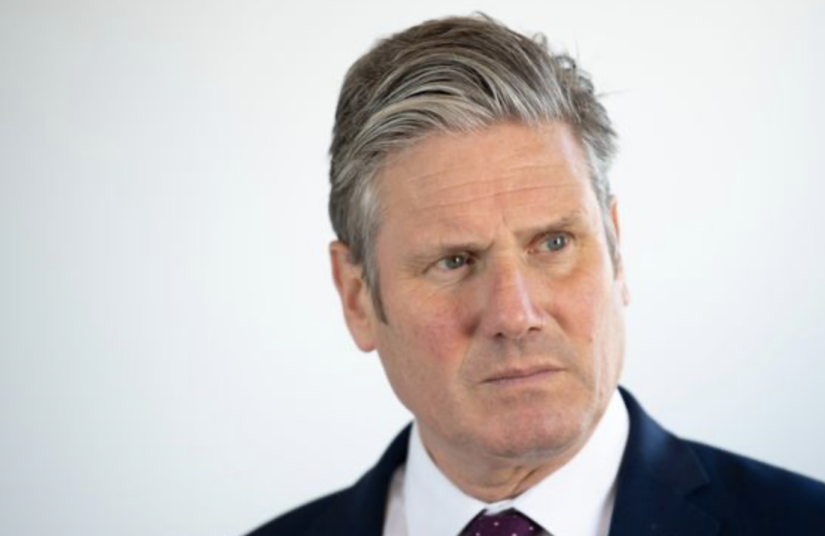 By TruePublica: Trust in politicians cratered years ago. Then it cratered in just about everything else. Social media corporations are tearing apart friendships, families, communities and in some cases entire countries. Other corporations like the banks have wrecked economies. In 2008 Britain, the national debt sat at £500 billion, ten years later it was £1.8 trillion. Back then, the taxpayer lost £50billion overnight, interest rates plummeted to almost zero as the crisis unfolded – and later a Tory government under Cameron and Osborne were hailing their great economic turnaround whilst thrusting austerity down the throats of the most vulnerable. It was a lie and as a policy, it failed. And all of this was before the pandemic arrived to test each and every one of us. What could Keir Starmer do to unite us?

Throughout all of this, billionaires and companies have been dodging due taxes to the treasury to the tune of something like £100billion a year, whilst the City of London launders many billions more. The Joint Money Laundering Intelligence Task Force, a part of the National Economic Crime Agency, boasts proudly of its great success – but since 2015 has seized a paltry £13m. The JMLITF has arrested just 130 people and reported a handful of prison sentences. This, out of a huge rats nest of crime in a City of London workforce of over half a million where the global ‘laundromat’ thrives.

And of course, who even wants to go near the ‘B’ word. Brexit was the most socially divisive ideology to arrive on Britain’s shores, in some commentators opinions, for several hundred years. Then we have another American import, the politically charged ‘culture wars.’  Politicians have jumped on this negative craze that has done so much damage across the pond to get us at each other’s throats, whilst over 75 per cent of the British general public can’t actually explain what it means (thankfully).

Both the mainstream political parties are riven by disagreements about their own ideologies. On the left, a political civil war continues – on the right, small factions drive much of the decisions that have ended in disaster.

In the meantime, we have a Prime Minister in the shape of Boris Johnson who commands no moral authority at all. He has been involved in all manner of scurrilous situations not befitting of high office. It is not good enough to have a leader who has left a litany of personal failures and a lengthy catalogue of professional ‘misjudgements’ alongside some very dodgy other decisions. The Downing Street refurbishment, failing to declare other incomes and various glib and rude remarks about peoples lifestyles are a tiny selection in this list.

In the space of just two years, Johnson has illegally shut down parliament, kicked out two dozen centrist Conservative MPs and fulfilled his pledge to “get Brexit done” by negotiating deals on a bed of lies. He made the very toxic Dominic Cummings the most powerful unelected bureaucrat in the country and then fired him in a personality war between him and Carrie Symonds – who is also meddling with Britain’s democracy. Johnson has created some of the most draconian peacetime laws ever seen in this country that seriously erodes our freedoms and rights as individuals (aside from Covid legislation) without any real debate.

Then there is the never-ending scandal of non-stop sleaze, of corruption, nepotism, cronyism and so on. Is there anything more cynical than showering friends and supporters with billions in taxpayer-funded contracts and deals while a deadly global pandemic kills thousands in order to benefit personally?

In the same two year period, financial crime has soared. It’s so bad, that fraud convictions have fallen by 10% on average year-on-year since 2011 with just one in 700 incidents of fraud leading to a conviction in pre-pandemic 2019, according to Ministry of Justice figures. Yes – one in 700. In 2019, there were more than 3.7 million incidents of fraud in England and Wales. Of those actually caught and prosecuted, the average fine dished out was £463. According to the National Crime Agency, fraud against the public amounts to something like £150 billion a year. To be clear, that’s about £5,350 per household in the UK – per year.

The annual Edelman Trust Barometer this year focuses on the “epidemic of misinformation and widespread mistrust of societal institutions and leaders”. It rightly points to the four institutions at fault – business, government, NGOs and media – in what it calls “an environment of information bankruptcy.” It also highlights incompetent governments that are now largely unethical. In just six years, the UK’s trust score has collapsed from 68 to just 53. Overall, the UK now sits at 59th place behind Columbia. Somehow that fact simply doesn’t seem possible – but it is. Two of the five biggest fears behind losing jobs, the effects of climate change and being infected by Covid are hackers and losing freedoms as a citizen. In the crisis of leadership report, Boris Johnson is photographed as leading the pack alongside Trump, Bollisinaro and Mexico’s Andreas Lopez. This is the latest characterisation of our once-great nation.

In the same report – trust in companies headquartered in the UK fell by five points to 56%, its lowest position in 8 years of tracking. Trust in government has collapsed from 60 points to 45 in just 12 months and over half (53 per cent) in the UK believe that government leaders are purposely trying to mislead them.

Politicians, especially right-wing ones are wantonly ruining the United Kingdom with a whole raft of disputes that were once settled. Europe, Scotland, Northern Ireland and even Wales are in the frame. And there are plenty of other failures of government to name – HS2 that no one wants, the over-budget and inevitably late Hinkley Point power plant, untangling major infrastructure projects with the likes of foreign state powers like China – the list seemingly never-ending. And let’s not forget Brexit, an ideology that has now cost 38 times more than the total set aside for Johnson’s so-called levelling-up project which like so many of his taxpayer wasted pet projects – has failure written all over it.

Remember Johnson’s 40 new hospitals promise that never was? Half of those could have been built from scratch by now if it hadn’t been spent just for the cost of departments and devolved authorities to help them get their heads around the logistics of being out of the EU. The country has lost some £150 billion in trade and over £1 trillion in assets has been transferred to the EU since 2016 alone. The divorce bill which Johnson promised would never be paid is going to cost another £38 billion. Was it all worth it?

In the end though, throughout all this disruption, the pandemic has done one thing. Irrespective of some parts of the media, it has largely united the people behind the goal of beating it. The NHS has been magnificent, showing us all exactly why we need to preserve it at a time that the government wishes to tear it apart – again. The pandemic also showed us how good our elected officials really are – which is why we have one of the worst death rates and economic declines in the democratic West as a result of their misplaced ideologically based decisions.

Keir Starmer – a barrister by profession, appointed Queen’s Counsel in 2002, was also appointed human rights adviser to the Northern Ireland Policing Board and the Association of Chief Police Officers and took a stand against the disaster that was the Iraq war. Starmer has been the Head of the Crown Prosecution Service (CPS) and Director of Public Prosecutions. He also prosecuted three Labour MPs and a Conservative peer for offences relating to false accounting in the aftermath of the parliamentary expenses scandal.

Amongst other policies surrounding public health, housing, education, policing and so on – Keir Starmer needs to focus on bringing trust back and as a former public prosecutor is ideally placed to use his skill sets in being very competent at it. Currently, his ‘Buying British’ and being ‘tough on crime’ narrative won’t do it in these times. No one is listening above the noise of ‘freedom day’ and what the immediate future holds.

The Ministerial Code needs to be upheld with those abusing it ejected from political roles – or indeed any public role. Billionaires and companies need to pay their fair share or leave the UK to those willing to cooperate in the spirit of good trade and ethical business practices. The Chinese and Russians need to be told that their hackers intent on robbing, denying our citizens of services or just causing disruption to prove a point will result in business and financial sanctions. Brexit means we can choose who our international suppliers will be. Foreign buyers of homes should never be allowed to dump hundreds of millions, sometimes billions of illegally laundered cash into a homegrown housing crisis of our own making and make it worse – for their gain. The sale of resident permits to wealthy criminals should have been stopped years ago. The likes of social media companies need to understand that placing racist comments, or libellous comments in a high street shop window for the public to see is illegal or comes with financial consequences – just as it should be on theirs. How they sort it out is their problem but sort it out they must or face the penalties like everyone else. The likes of grifters, shysters and con-artists like Sir Philip Green, Fred Goodwin and many more politely called the ‘unacceptable face of capitalism’ have no place in society – and their ill-gotten gains handed to the public purse to repair the practices that has ruined so many lives.

It’s time to clean up our country for the good of our own people and place trust at the centre of our national reconstruction project. This project is something that no matter where on the political spectrum everyone is, we can, for once, agree. This is because the vast majority of the general public are law-abiding citizens – except of course those that exploit these toxic strategies. And that minority should be hunted down and called out for who they are and what they are. Metaphorically speaking, they should be put in the stocks so they are exposed for all to see and then branded the outlaws that they are.