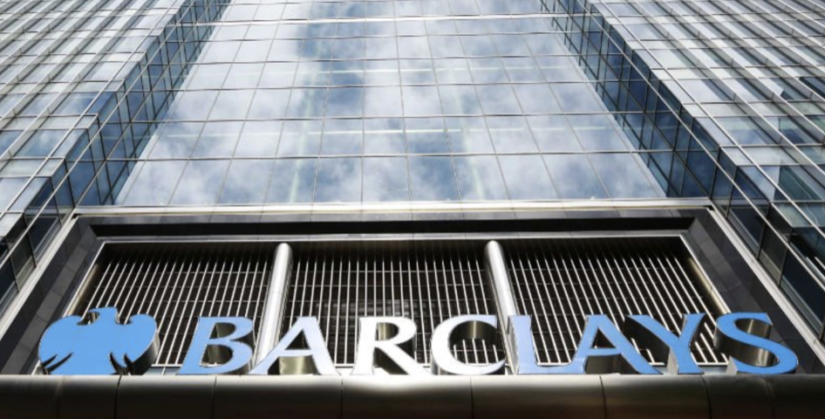 By Maddie Bromfield: Earlier this month oil prices collapsed to minus $30 a barrel, as the world faced an unprecedented economic shock. Yet remarkably, major UK banks continue to pour money into fossil fuels.

According to a new report, UK lenders have provided £158bn of financing for fossil fuel projects since the Paris Agreement on climate change in 2015. Barclays, the worst offender in Europe for fossil fuel financing, lent over £90bn. While climate change threatens entire ecosystems and is on its way to displacing millions of people, bankers are continuing the drive put profit before people.

The economic crash which has followed the coronavirus pandemic offers a real opportunity for economic change and investment in a green recovery. Across the world we are seeing calls for an economy of care, not consumption, and for a focus on environmental responsibility. As the oil industry teeters on the brink, demands for governments to use this opportunity to implement a just transition and a green jobs guarantee are rising.

Government is, however, only one side of the coin. The current financial system is responsible for fueling the climate crisis, with its focus on growth at the expense of both people and the natural environment putting our future into jeopardy. Fossil fuel companies rely on state subsidies to continue their extraction, but they rely just as much on financing from banks. This crisis might differ from 2008 in many respects, but we should not neglect the importance of the financial sector as a political battleground.

But instead of any commitment to real climate action, we are now witnessing the rise of greenwashing tactics from banks like Barclays, aimed at cleaning-up their image whilst continuing to profit from fossil fuels. Instead of cutting funding for the fossil fuel industry, Barclays have merely emphasised their support for distant targets and deflected attention away from their fossil fuel portfolios. We cannot be taken in by this. If we allow banks to hijack the narrative of sustainability, then a system predicated on exploitation and global inequality will be propped up right at its weakest moment. We need complete divestment from fossil fuels, as this pollutive economy cannot continue.

With the Barclays AGM coming up this week, they will be in the spotlight as questions are asked about their financing of fossil fuels. With shareholders backing a resolution calling for the bank to end its loans to fossil fuel projects, Barclays faces ever growing pressure to stop funding ecological destruction.

However, we don’t have to just sit and watch, waiting eternally for bankers to do what’s right. We have the power to make a difference. We’ve already seen groups such as Greenpeace shut down nearly 100 Barclays branches and now students are also taking action. Students across the UK are pushing for their universities to boycott Barclays, in an effort to pressure the bank to put an end to its financing of fossil fuel projects. This means no to universities holding accounts with Barclays or inviting them to sponsor events on campus. This current wave of action echoes that of the 1980s anti-aparthied movement which saw student unions, amongst other institutions, threaten to boycott Barclays if they refused to withdraw from South Africa. This is a vital reminder of the need to hold financial institutions to account, and proof that this can be achieved through direct action and pressure from below.

Campaigners have already exerted immense pressure on and even forced concessions from Barclays over their funding of fracking, coal and tar sands, bringing these issues to the public eye and helping to create an environment in which fossil fuel investment is a huge stain on a company’s reputation. Now, at a time when the weaknesses of the current economic system have been exposed, it is our opportunity to act and to halt the chaos caused by an endless drive for profit. This is our opportunity to say that enough is enough.

We can use this current situation to motivate collaboration between activists, working together to demand a future based on respect for our environment and compassion for the people in our communities. Our strength lies in our numbers, and if enough of us refuse to accept that the current system of exploitative and ruthless capitalism can continue, then we can emerge from this pandemic stronger and with a more hopeful future.

When banks are refusing to make the right decisions, then we must be the ones to push them in the right direction and to hold them to account. In this moment of political flux, we can either rebuild a broken and crisis-ridden system, or pave the way for a new world. By cutting the pillar upholding our pollutive economy, we’re laying the foundations for a greener future.

Maddie Bromfield is an activist with the student campaigning network People & Planet, and studies at the University of Edinburgh. This article also appeared at openDemocracy