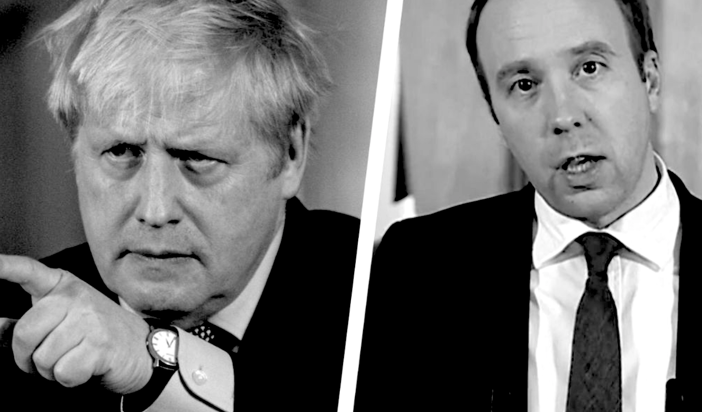 By TruePublica Editor: There is a point when you read something and realise that all is lost. One Nation Conservatism is dead – they are no longer a centre-right political party but little more than an ideological cult. Their policies since arriving back into power after the Blair years has taken them back to a time which no longer has a place in any modern society – but here they are.

Universal Credit has been thoroughly supported by a party that has seen over 120,000 vulnerable people die in its vicious grip up to 2017. That landmark study, published in the British Medical Journal predicted a trajectory of 200,000 deaths by the end of 2020. The government were accused of ‘economic murder.’ The strangulation of the welfare state was a deliberate act that caused malnutrition, suicide, illness, mental health problems and the needless early deaths of our elderly in care homes.  The result of this political cult of individualism, greed and selfishness is that it leads to someone somewhere in a graveyard.

The COVID-19 crisis has demonstrated just how weak our life support systems have become under this cult. Another 20,000, maybe 30,000 nameless souls will be added to the cannon fodder of what was really a shameless and vicious class war. Tens of thousands have been sacrificed for an extreme economic belief – they were literally killed by the state.

We have recently read, that no matter what the pleas from business to postpone Brexit is, no matter that negotiators have said they are not ready or that preparations have halted – that Brexit is to proceed on December 31st. The consequences for us all are of no consideration to this cult.

And just as we are absorbing the reality of all these coronavirus deaths and an impending economic crash – and that Brexit will only exacerbate our many problems – up pops a news item that makes you want to punch a concrete wall in anger.

Instead of working on plans to get the nation over the catastrophe at our doorstep – Boris Johnson and his acolytes have been planning to seize control of the NHS, against legislative protections it was given, to further their privatisation programme. Right now, as you read this, the Tories are demanding new powers to instruct NHS health bosses to force a pace of change, amid fears that private-sector involvement could be expanded across health service. It’s not as if NHS bosses don’t have something more important to deal with.

Andrew Woodcock, the political editor of The Independent reports that:

“Boris Johnson is planning to use new health legislation to impose ministerial control over the NHS. A bill to be introduced this year will contain new powers for ministers, including Mr Johnson, to issue instructions to NHS England’s chief executive, Sir Simon Stevens. The move, which is understood to have been developed over the past year by the health secretary, Matt Hancock, is likely to raise concerns that Conservative ministers could seek to use new powers to extend private-sector involvement in the NHS. Under the current terms, Sir Simon’s position is operationally independent, but the prime minister is said to be concerned that this arrangement makes it difficult for Downing Street to force through changes to the system. NHS England’s separation from the Department of Health was designed to keep it at arm’s length from ministers.”

Yes, you read the keywords right. Being developed by Boris Johnson and Matt Hancock – to seize control of the NHS – against the legislation put there to protect it from the government.

Ministers have begun monthly meetings with Sir Simon to demand reductions in waiting times, which hit their worst-ever levels in A&E departments in December last year. But these waiting time failures only came about because of funding issues. And it doesn’t look so good to ‘health’ insurance companies that they have a lot to invest – when you’re trying to tempt buyers of your state-owned assets.

Woodcock explains that – “Plans for more ministerial control are expected to form part of a wider overhaul of NHS structures, establishing legally independent “local care groups” of hospitals and clinics.”

The Queen’s Speech in December promised legislation to “accelerate” the delivery of the 10-year NHS long-term plan to “transform” patient care and “future-proof” the health service. These are all the words and slogans of a government who still fail to see the value of a fully-funded taxpayer driven free to all health service – even after a pandemic that threatens their own existence.

And when these new rules came in, it was the time of David Cameron, not Boris Johnson. The Times obtained a government briefing note on the changes, which said: “The proposals NHS England brought forward were designed in a different parliament than the one we have now, with an underlying principle to avoid an extensive reorganisation.”

Somehow, this revelation is not on every front page of every newspaper in the land. It is more proof that the lives of people mean nothing, the NHS means nothing and they are all expendable and have a financial value. The NHS is threatened again, whilst it throws its people and resources at a crisis killing thousands and all this death cult can think of is how to profit from it, in an ideology so dangerous we should all stop to think – who in hell put these fanatics there?