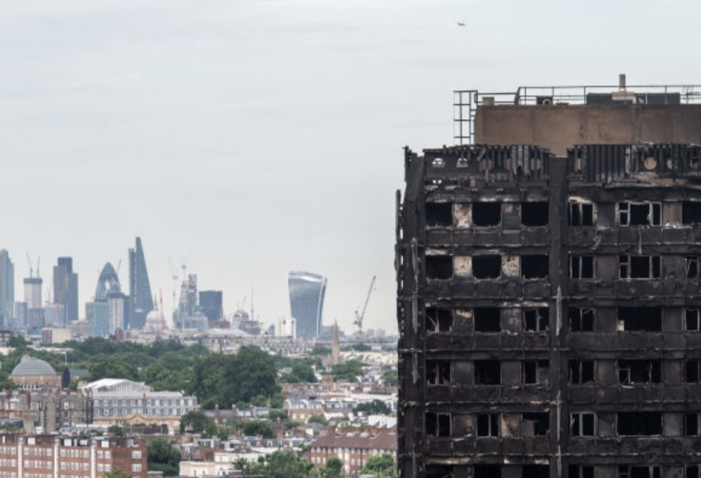 The west London council was responsible for Grenfell Tower, in which more than 80 people died a terrible death on June 14. Decades of deregulation (including the trashing of building and fire regulations) and the use of combustible cladding and insulation to cut costs turned the building—home to more than 500 people—into a death trap.

Working class residents have accused the council of “social cleansing.” Some have even suggested that so hostile is the council—the wealthiest borough in London—to workers and the poor that they would not be surprised if the fire was an attempt by the super-rich to drive “undesirable” residents out of the area.

Such statements have been dismissed as paranoia. But research by the BBC confirms the council has operated a policy of social cleansing, conniving with construction firms and property companies to displace working class families from the borough.

Theoretically, Section 106 Agreements between local councils and developers means that, where a development could impact on the locality, planning obligations can include the building of “social housing” for rent or purchase below the current market rate. In reality, developers have myriad ways of circumventing this, including through pay-offs in lieu, encouraging a Faustian pact between the corporations and authorities.

Kensington and Chelsea has the highest house prices in London—an average of £1.37 million in 2016. Among the borough’s (often absent) homeowners are numerous oligarchs, billionaires and multi-millionaires.

Chelsfield developers, acting for the Saudi conglomerate Olayan Group, is currently redeveloping prime real estate above Knightsbridge London Underground station. The 3.4 acre site, located between the prestigious Harrods and Harvey Nichols stores, entails “the repositioning of the tenant-mix towards premium and luxury retail,” according to Chelsfield’s prospectus. It will include offices, luxury residential apartments, shops, and a rooftop garden and restaurant as part of Chelsfield’s bid “to create high quality assets for long term capital and income appreciation.”

According to the BBC, the size of the Chelsfield development meant that the scheme should include affordable housing. But in its planning application, the architects argued this was “not viable.”

The council accepted these rationales in return for £12.1 million “in lieu of affordable housing at the development.”

According to the BBC research, in 2016 Kensington and Chelsea struck similar deals with developers worth £47.3 million. None of this money was used to help provide affordable homes elsewhere in the borough, or to improve existing stock.

Officially, Kensington and Chelsea’s target is for 50 percent of homes in large housing schemes to be available for sale at below market rates or for rent. According to the BBC, this equates to building 200 affordable flats or houses per annum between 2011 and 2021. However, the council’s own figures show that since 2011-12 just 336 units have been built.

The Conservative-Liberal Democrats coalition made significant changes to planning regulations that enabled developers and councils to flout social housing requirements in return for payments “in lieu.”

Consequently, the number of homeless in Kensington and Chelsea has doubled in five years. The council did spend £28 million in 2015-16 to provide temporary accommodation to homeless residents. But three-quarters of these were moved outside the borough—the highest proportion in London, according to the BBC.

In July 2015, the Grenfell Action Group, which had repeatedly warned the tower had been turned into a death trap, highlighted the council’s efforts to move working class residents out of the borough and London altogether wherever possible.

It drew attention to a council decision in July that year to allocate £10 million for temporary accommodation “in London, the M25 area [outer London ring road] and southern counties.”

In 2013, senior council executives had met with their counterparts at Peterborough Borough Council (nearly 100 miles from the capital) to “explore the possibility of RBKC [Royal Borough of Kensington and Chelsea] shipping homeless families” out of the borough to “barracks for the poor” in Peterborough.

Though that fell through, apparently due to adverse publicity, it was only the “first stage of what is effectively a ‘social cleansing’ policy,” the action group noted.

The BBC research confirms this appraisal. Kensington and Chelsea is not alone. In neighbouring Westminster—whose boundaries include the Houses of Parliament, Buckingham Palace and St. James’ Park—the Conservative-controlled council began relocating families in need outside the capital in January.

Under conditions where rents are £1,000-plus a week for a family home, the Independent reported that the council intended displacing 4,400 households to London’s outskirts and had already approved plans to buy one-and two-bed flats in Hounslow, eleven miles from the borough.

There are at least 214 “regeneration” schemes underway in London that will result in a net loss of 7,326 social rented homes.

According to Housing Action Southwark & Lambeth, hundreds of working class households in London are being forced to accept private rented tenancies outside the capital. In 2016, 341 vulnerable families were compelled to “move to other regions, most often the West Midlands, more than 100 miles from London. Thousands more were made to move out of their borough.” If they refused, they faced being deemed “intentionally homeless” and evicted.

The worst offenders are Labour councils, rather than Tories, the group’s April 2017 press release said.

In Labour-controlled Tower Hamlets, east London residents in the Grade 11-listed Balfron Tower, Poplar—built as social housing—were moved out in 2015, supposedly as a temporary measure due to refurbishment. Now there is no social housing left for them to return to, as apartments were sold off under a partnership between the council’s housing association and the luxury residential developer, Londonewcastle.

In Labour-controlled Southwark, south London, the Heygate Estate, consisting of 3,000 households, was demolished in 2014. Social housing tenants were evicted and compulsory purchase orders imposed that were at least 40 percent below then market value. Electricity and heating was turned off to the estate to force out those resisting removal.

Just 82 places were set aside for “affordable housing” at the new Elephant Park development, where prices start at £550,000. In April, Transparency International, a not-for-profit organisation, reported that all 51 properties in the South Gardens area of the estate to date had been bought by offshore investors.