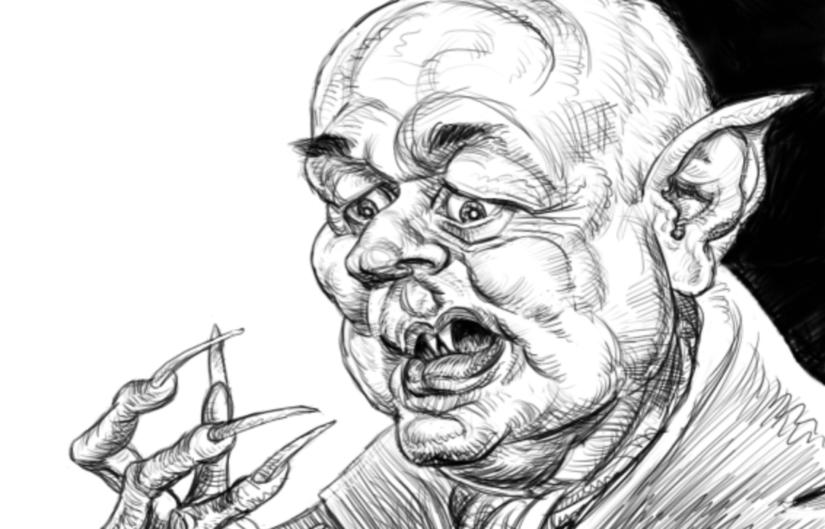 Part of this headline is taken from an article that features in Welfare Weekly. That article is a roll-call of death caused by an ideology that, in part, ended up looking like a policy to deliberately kill the weakest and most vulnerable in our society. The headline is borderline when it comes to being libellous – but there’s a sickening reality to it and the architect of this reality is Iain Duncan Smith. Recently knighted in the New Years Honours List with nearly 200,000 signatures of objection already, IDS is a fanatical political extremist on the hard-right.

Many of the policy ideas that IDS came up within two documents from a think tank he founded entitled Breakdown Britain and Breakthrough Britain were deemed so extreme that the European Court of Justice, (source link “return to backbenches“) unanimously rejected them as they deemed the proposals “unfit for a modern democracy” and “frighteningly authoritarian.”

In 2010, David Cameron – Britain’s new Prime Minister appointed IDS into the Cabinet as Secretary of State for Work and Pensions, with responsibility for seeing through changes to the welfare state. It was a disastrous and deadly decision.

READ – Killed By The State

The flagship policy of the change to the welfare system was Universal Credit. The UN’s special rapporteur on extreme poverty Prof. Philip Alston said in 2019 that “ideological” cuts to public services since 2010 have led to “tragic consequences” and that – “The bottom line is that much of the glue that has held British society together since the Second World War has been deliberately removed and replaced with a harsh and uncaring ethos.” Alston also spoke of the “systematic immiseration” of a significant part of the UK population, meaning they had continually put people further into poverty.

In 2015, there were calls for Iain Duncan Smith to resign after the release of statistics showing thousands of people died soon after being found fit to work in disability benefit tests.  More calls came to scrap the system in 2017.

Chris Smith, 59. Declared ‘Fit for Work’ by Atos as he lay dying of Cancer in his hospital bed.

Linda Wootton, 49 years old. A double heart and lung transplant patient. Died just nine days after the government found her fit for work, their refusal letter arriving as she lay desperately ill in her hospital bed.

Stephen Hill, 53. Died of a heart attack one month after being found fit for work, even though he was waiting for major heart surgery.

Nicholas Peter Barker, 51. Shot himself after being told his benefits were being stopped. He was unable to work after a brain haemorrhage left him paralysed down one side

Mark Wood, 44. Found fit for work by Atos, against his Doctors advice and assertions that he had complex mental health problems. Starved to death after benefits stopped, weighing only 5st 8lb when he died.

Stephanie Bottrill, 53. After paying £80 a month for bedroom tax, Stephanie could not afford heating in the winter, and lived on tinned custard. In desperation, she chose to walk in front of a lorry.

David Coupe, 57. A Cancer sufferer found fit for work by Atos lost his sight, then his hearing, then his mobility, and then his life.

Chris MaGuire, 61. Deeply depressed and incapable of work, Chris was summonsed by Atos for a Work Capability Assessment and deemed fit for work. On appeal, a judge overturned the Atos decision and ordered them to leave him alone for at least a year, which they did not do. In desperation, Chris took his own life, unable to cope anymore.

Julian Little, 47. Wheelchair-bound and suffering from kidney failure, Julian faced the harsh restrictions of the Bedroom Tax and the loss of his essential dialysis room. He died shortly after being ordered to downgrade.

Trevor Drakard, 50 years old. A shy and reserved, severe epileptic who suffered regular and terrifying fits almost his entire life, hounded to suicide by the DWP who threatened to stop his life-line benefits.