The lawfulness of the drone strike against Sally Jones 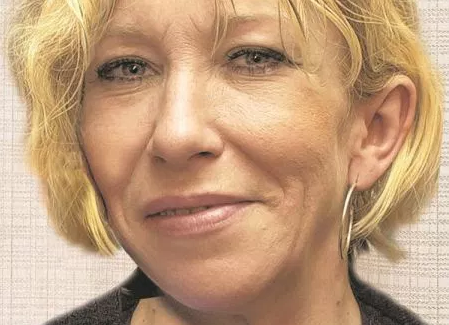 By Max Brookman-Byrne, Lecturer in Law, University of Lincoln: It was revealed by various newspapers (for instance, the Guardian, BBC and Mail) that Sally Jones, the so-called ‘White Widow’, has likely been killed by a targeted drone strike. Jones was described as being a member of ISIS and was apparently killed, along with her 12-year-old son, in June 2017 near the Iraq-Syria border.

As a researcher whose work for the last three and a bit years has been on the lawfulness of drone strikes, the question of whether this strike was lawful or not immediately came to mind. Jones was viewed as a member of ISIS and generally the media has uncritically reported her death, implying an assumption that the strike was lawful. But is this correct?

There is an armed conflict occurring in the situation in which Jones was targeted. This means that a particular set of international laws apply, known as ‘international humanitarian law’ (IHL), or the law of armed conflict. These rules give states, among other things, much greater scope to use lethal force, which ordinarily would be highly constrained. So, when considering the lawfulness of the strike against Jones it is IHL that we apply.

The International Committee of the Red Cross (ICRC) has interpreted ‘direct participation in hostilities’ to mean that members of non-state armed groups will lose their protection as civilians only if they carry out a ‘continuous combat function’. This is controversial, with many arguing the ICRC approach is too restrictive and that membership alone should be sufficient to cause someone to lose their civilian protection. This is the position held by the United States. Others think that the ICRC approach is too broad and that an individual may only be targeted during a specific hostile act. While the details of this debate are too complex to set out presently, it suffices to say that, ultimately, the ICRC’s position seems to find a middle ground between these two perspectives and is a useful tool for analysis.

So, the question is: was Sally Jones directly participating in hostilities, either through a specific hostile act, or by carrying out a continuous combat function, when she was targeted? The answer depends on facts that have not yet been made public, but we can make some assumptions. She was said by the Mail to have been killed ‘while trying to flee Raqqa’ which, though not removing the possibility that she was engaged in a hostile act, seems to imply that she was not. This suggests that she was targeted due to her purported membership of ISIS.

Therefore me must next ask whether the nature of her membership of ISIS meant that she could be targeted. An important detail is that the ex-head of counter-terrorism Ministry of Defence is quoted in the Guardian article as having described Jones as a ‘significant’ target, due to the fact that she was an active recruiter for the group. She was active on social media, encouraging individuals to travel to Syria to join ISIS or to carry out attacks in the UK.

This is not a good thing for a person to do, but does it render them a lawful target for lethal force? There are plenty of despicable people on the internet, but is it right that this should render them liable to be killed out of the blue?

For me, the answer is no. Nasty as this conduct no doubt is (or was), there is no way that this behaviour can be construed as being sufficient to make Sally Jones a lawful target. This chimes with the interpretation of the ICRC which has specifically argued that recruitment (page 53) and propaganda (page 51) activities do not equate to a continuous combat function, nor to direct participation in hostilities. On this basis, the strike that killed Sally Jones and her son is most likely to be unlawful.

Others will disagree, utilising more expansive interpretations of the law but the fact that such a position requires an expansive (and contested) interpretation demonstrates that it is not a firm legal basis. However, even if my conclusion is disputed I would argue that it is not possible to assert that the strike was certainly lawful. That view can only be sustained by a adopting a particular view of the law, one that doesn’t reflect academic consensus and which opens up much greater scope for the use of lethal force against civilians.

IHL is designed to limit hostilities, not enable them. It should not be treated as a set of rules giving broad powers to states to target individuals, but as a body of law to protect those affected by conflict. This is particularly so in terms of conflicts between a state (or states) and a non-state armed group, in which there is more scope for civilians to become affected by and mixed up in conflict. ISIS are a truly awful group of people, there is no question about that, but just because a person supports them should not make that person liable to lethal targeting. The boundaries of conflict should not be stretched to include those civilians who are involved in a manner not directly related to hostilities. Online activities like those of Sally Jones do not bring an individual into the scope of people who may be killed, no matter how unpleasant we find them. That is not what the law is for, nor should it be.