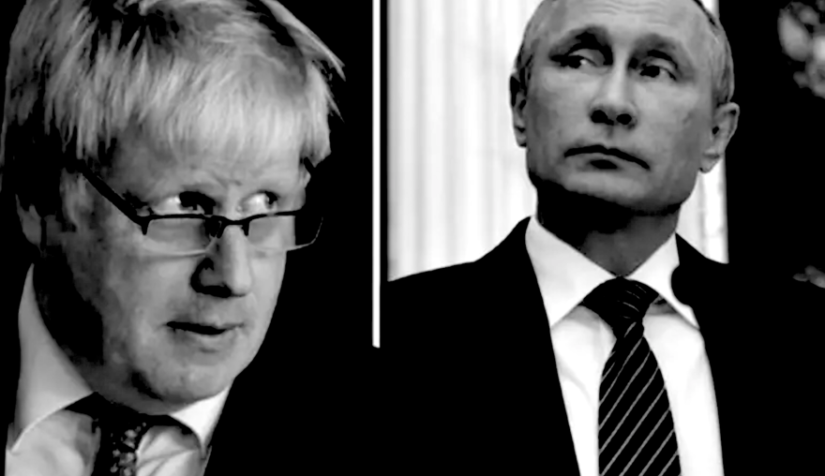 By James Ball and Isobel Koshiw: Lawyers acting for the Bureau of Investigative Journalism have written to Number 10 urging it to publish a long-overdue report by parliament’s Intelligence and Security Committee (ISC) into Russian interference in the UK.

The report by the ISC, parliament’s watchdog on intelligence matters, had been cleared for release by the UK’s spy agencies and was awaiting Boris Johnson’s approval, which he failed to give before dissolving parliament for an early general election – a decision without precedent in the history of the committee.

More than six months after the general election, the Intelligence and Security Committee has still not been formed by the new parliament, which relies on the prime minister to recommend members for its approval. The delay is the longest in the history of the committee since its inception in 1994.

“It’s absolutely disgraceful,” said Sir Malcolm Rifkind, a Conservative former foreign secretary and ISC chair from 2010 to 2015. “I’m bemused as to why it’s taking so long. It must be a question of who the government is trying to get in as chairman and the extent to which there’s resistance from Conservative backbenchers.”

Tom Tugendhat, the Conservative chair of the Foreign Affairs Committee, added: “The Intelligence and Security Committee has an important role and it’s important it starts work again soon.” 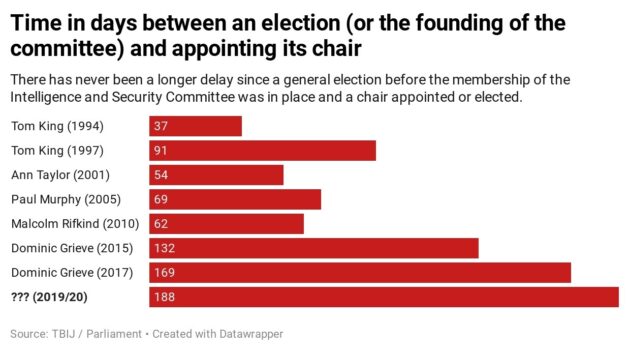 Press reports in March suggested that the government was attempting to secure former transport secretary Chris Grayling as ISC chair – a role elected by the committee members, but which the government has a degree of control over through its nominating powers.

Grayling’s supposed nomination raised concerns over the future independence of the committee, as well as concerns over his qualifications, given that he had not served as a minister in the foreign office, home office or ministry of defence.

The delay in getting an intelligence and security committee in place raises fears over the scrutiny of unprecedented emergency powers granted to the government to handle the coronavirus crisis, as well as that Number 10 is still attempting to delay the release of the committee’s report on Russian interference to avoid potential embarrassment.

Last year the Bureau attempted to use legal action to secure the report’s release, but was stonewalled by Number 10. Its latest letter, sent by its law firm Leigh Day this week, urged the prime minister to reconsider his decision.

“The information contained within the report is clearly of the highest public importance. The report is … about the alleged illicit Russian activities in the United Kingdom involving attempts to influence elections and politics in the UK. It is essential that information on ongoing threats to the UK’s democracy is made public,” the letter states.

“The Bureau sought disclosure under the common law. On 19 November 2019, its request was refused by the prime minister. We write to you now seeking your urgent reconsideration of this decision.”

On Tuesday, a cross-party group of 26 MPs, including Caroline Lucas, Margaret Hodge, Ed Davey and Wera Hobhouse, also wrote to the prime minister urging publication of the Russia report.

Rifkind noted his bemusement that the government appeared to be concerned over a report from a committee not traditionally noted for its savagery.

“It was clear before the election there was something in the Russia report that might have been an embarrassment, even if a trivial one,” he remarked.

Earlier this year the Bureau issued a freedom of information request to find out more about why the government had refused to release the report. The Cabinet Office originally dismissed it as “vexatious”. In March, it admitted that this was wrong but then blocked it on the grounds of national security.

The Bureau of Investigative Journalism is continuing to investigate and report on the influence of the Russian state, its allies, and their billionaires on UK politics, business and public life.