Letter to the Editor: GDP = Gambling, Drugs and Prostitution 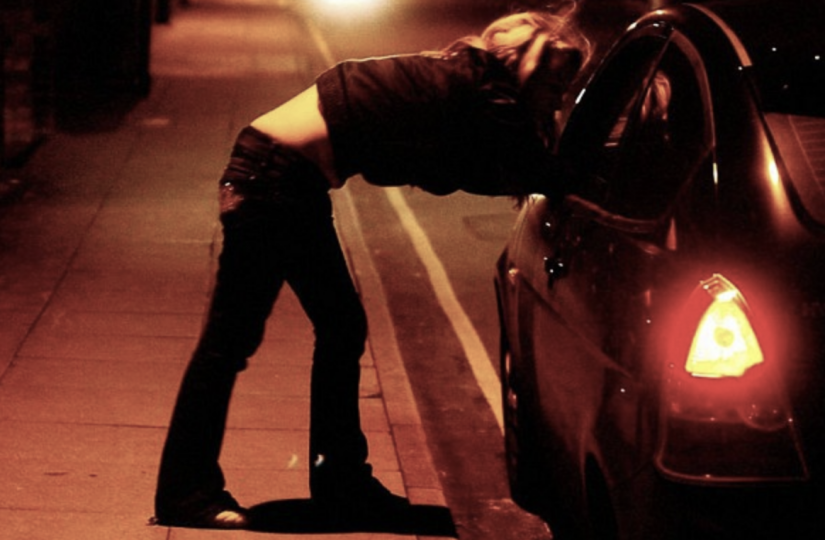 By TruePublica: For those not sure about what Gross Domestic Product, known as GDP means, here is a reasonable basic description. GDP is broadly described as the total monetary or market value of all the finished goods and services produced within a country in a specific time period. Statistics are produced each quarter known as Q1, Q2, etc and then at the calendar year-end. As a broad measure of overall domestic production (and by broad we mean, very, very broad), it functions as a basic scorecard of the country’s economic health as seen through the eyes of government officials. When we go into a technical recession, GDP goes has to be in a minus position (not direction) for two quarters in a row.

The problem with GDP, as we wrote last year, at an individual level is that the citizens of a country are being measured solely as a function of their economic circumstances, not by their well-being or other valid gauges such as social and environmental indicators like health, education and happiness for instance. Then there is the climate crisis – GDP does not take into account marine biodiversity, our ecological footprint, pollution levels and access to water and clean energy. The most basic problem with GDP calculations is that it is a driver of a never-ending growth model, which is, of course, unsustainable being that those drivers end up being extractive and exploitative.

So desperate are governments to keep their country rankings in global GDP indexes, they will add anything they think that enhances this statistic.

A recent letter from a TruePublica reader is worth acknowledging. However, in this case, GDP should be changed from Gross Domestic Product to the effects on the economy that Gambling, Drugs and Prostitution has on normal productivity within the wider economy. Although the UK government have been incorporating these additional revenue sources since 2014, it is good to be reminded that if these activities were stopped by say – additional policing efforts – the commonly used measurement of economic health declines. So does government policy take account of the fact that fewer police officers not only saves money – but drives up GDP?

It is worthy of note that last year, France decided that a shot in the arm for their national GDP would be to include illicit drug sales. Eager for the same high, Spain and Italy now include drugs and prostitution as their economies also need something to keep GDP above zero. The Netherlands has been including all three activities in the annual GDP for nearly a decade. The EU is now pushing all member states to include Gambling, Drugs and Prostitution in official productivity numbers as their overall GDP statistics continue to be under pressure. The EU directive came into being in 2014 and member states seem to have waited for their economic circumstances to decline before adding prostitution et al to the ‘bottom line’ – thereby giving a boost at a critical time.

Ronan Mahieu, head of the national accounts department overseeing EU member states, said drug revenues would only “marginally” boost France’s current GDP of some 2.2 trillion euros ($2.7 trillion), to the tune of “a few billion euros”. What Mahieu is not saying is that falling official GDP numbers are always marginal and very important. GDP of 0.1% means the country is still economically growing (even though it may be declining). GDP of -0.1% for two quarters in a row can wreak havoc in business investment confidence and recessions based on self prophesies can be triggered.

It should also be of note that ‘trafficking’ is also recommended by EU member states as part of annual GDP calculations, although it does not define what is acceptable to add.

We shouldn’t be too concerned that the UK economy has shrunk for the first time since 2012. All we need to do is expand the activities at which we are good at and are the most profitable in GDP (gross domestic product) terms.

As reported in 2014, our number crunchers at the ONS (Office for National Statistics) include in GDP figures an estimation for prostitution and illegal drug use, which, in 2009, boosted the economy by ??9.7bn ??? equal to 0.7% of GDP and roughly the same contribution as farming, gambling and accommodation services. They were worth more than advertising, which was 0.5pc of GDP, and double the contribution of real estate activities, at 0.35pc.

Other illegal activities, such a the smuggling of alcohol and tobacco, are already included in GDP to some ??300m (in 2014).

Therefore, the remedy is clear: the country should legalise brothels, establish a state-controlled drug den in every town and confirm Britain as the online global casino of choice. This would enable the UK to pay its way in the world and, with trickle-down prosperity, eliminate kids going to school hungry, foodbank use and homelessness.

One wonders when the illicit activities of the City of London and British tax havens will be brought into national GDP numbers as money laundering is the next natural business activity after gambling, drugs and prostitution!