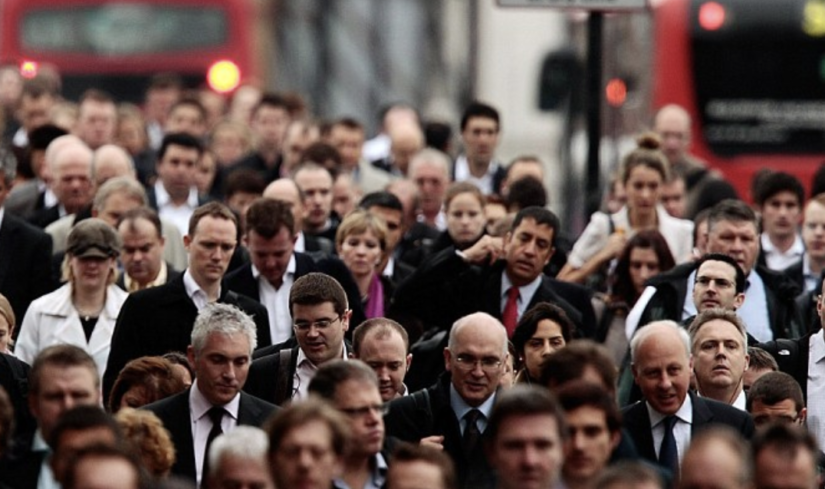 The FT reports that the 2010s saw living standards in the UK grow at their slowest rate since the second world war, even though the economy enjoyed uninterrupted expansion and employment grew at a record rate.

This says a lot about Britain’s economy in the post-financial crisis that the banks caused. The so-called jobs bonanza — a government-created illusion where being registered to work for just one hour counts as being ’employed’ – saw an economy determined by weak productivity, which grew at its slowest pace in 60 years. Britain is falling behind. And as inward investment has all but collapsed since mid-2016, this trend is set to accelerate in the years ahead unless the government acts.

Economists are already warning this is one of the major key challenges facing Boris Johnson’s government as the new decade begins. The continuing fall of living standards is a big thing to any country as it leads to political turmoil in the end as voters end up voting for anything but the status quo (Brexit?).

The reasons to economists appear simple, to the rest of us the slow drip of falling living standards through productivity as the FT says below does not tell the whole story. If property prices were affordable, utilities and rail were nationalised and therefore cheaper for people to use, living standards would be better.

However, the FT report and the economist’s opinions are not wrong either – they simply add to the overall problem for civil society as a whole.

Per capita output is now less than half its postwar level.

Growth in per capita output is the biggest driver of increased living standards, but in the UK over the past 10 years, it averaged less than half the rate of the postwar period.

According to calculations based on IMF estimates, UK per capita output grew at an annual average of 1.1 per cent in the last decade. This is slightly below the rate of the 2000s, when output was dragged down by the financial crisis.

The UK economy expanded every single year in the last decade — one of only three contraction-free decades since the 1700s (the others were the 1950s and the 1960s), according to data from the Bank of England.

The 2010s also marked the first decade since the second world war without a recession — defined as two-quarters of negative growth.

However, while the UK enjoyed uninterrupted economic growth, it was also slow, adding up to an annual average of 1.8 per cent.

This is about the same rate as in the previous decade when average growth was depressed by a 4.2 per cent contraction due to the financial crisis in 2009.

The rate of GDP growth in the 2010s was also far below the overall average of 2.4 per cent in the 40 years to 1990.  However, Samuel Tombs, chief UK economist at Pantheon Macroeconomics, said: “The economy’s resilience is remarkable in light of the scale of fiscal tightening since 2010, the eurozone’s debt crisis and the shock of the Brexit vote. The 2020s might be choppier.”

A decade of booming jobs

The UK experienced a jobs boom (numbers employed, not pay) in the 2010s, with employment growing at the fastest rate of any decade since at least the 1950s.

IMF estimates show that in 2019 there were about 3.7m additional workers than in 2009, corresponding to an annual average growth rate of 1.2 per cent. This is the fastest increase of any decade since 1950.

Along with the increase in jobs, the number of hours worked also rose at the fastest rate of any of the previous six decades. But economists warn that the employment boom hides poor quality jobs and is unlikely to be sustainable. “Superficially, employment figures look good,” said Andrew Simms, co-director of the New Weather Institute at the University of Sussex. “But these hide a range of dynamics: the precarious nature of the current jobs market, including insecure contracts and in-work poverty.” Large regional disparities were also apparent, he said.

Productivity growth slowed to a crawl

The UK’s sluggish economic expansion in the 2010s was largely the result of more people being in work, rather than greater efficiency, resulting in the slowest productivity growth of any decade since the second world war.

According to the IMF forecast for 2019, the output per person employed in the UK grew at an annual rate of 0.6 per cent in the 2010s, compared with 1.1 per cent in the previous decade and more than 2 per cent in any other post-world-war decade.

“For a sustainable expansion we need productivity growth to return,” said Richard Davies, a fellow at the London School of Economics. “Here the story will not change in 2020 and the most important economic puzzle of our time — the flatlining of output per hour for over a decade — will remain the government’s key challenge.”