Meltdown in Downing Street – even MI5 is wary 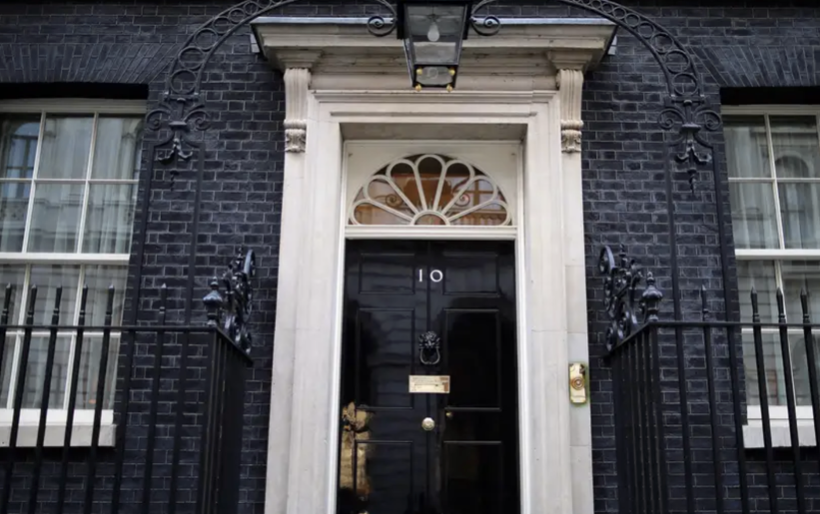 By TruePublica: It was only last July when Boris Johnson, the then Foreign Secretary was having sensitive information classed as national security withheld by the security services on the basis that he could not be trusted. Then it was reported that the then Prime Minister Theresa May, repeatedly withheld sensitive intelligence from Boris Johnson when he was foreign secretary because she believed he would leak information.

Sources close to Johnson at the time insisted there was no row about information access and claimed he saw everything he needed to for his role but others leaked information to say that Johnson was aware of Downing Street’s decision at the time and was “very unhappy about it.”

Johnson first visited the headquarters of MI6, the government’s foreign intelligence service, as foreign secretary three months after his appointment in 2016 when he was shown around by its chief Alex Younger.

Johnson praised the work of the security services and said: “Even from my relatively short period as foreign secretary I can testify to how vital the work they do is.”

But at the same time a row was taking place about whether Johnson should have access to all the intelligence produced by the UK’s spies, the BBC reported, despite the fact that ministerial responsibility lay with Johnson for MI6 and GCHQ, other branches of the intelligence service.

The New Statesman reported at the time that multiple diplomats had doubts over Johnson’s personal style as foreign secretary – this tallies with the security services of allies who also worried about Boris Johnson’s integrity.

Then, just yesterday The Sunday Times reported that the civil war in the Home Office which erupted again at the weekend, claims that intelligence chiefs at MI5 do “not trust” Priti Patel.

“Officers in the security service have reduced the volume of intelligence they show to the home secretary and regularly “roll their eyes” at her interventions in meetings, it was claimed.”

In the meantime, a bullying allegations row has broken out over the home secretary’s alleged treatment of her department’s most senior civil servant and Dominic Raab is still reeling from allegations of bullying where non-disclosure agreements have been used to cover up complaints of discrimination and harassment in the workplace. They have obviously taken the lead of their ‘superiors’ as Dominic Cummings has now been publicly branded the “arrogant despot of Downing Street” and is now at war with multiple senior members of the civil service.

Cummings has made repeated and quite public attacks on the quality of the civil service and vowed to completely ‘revolutionise’ the service its effectiveness. Clearly, an organisation like the civil service could do with modernising but they are not solved by employing “misfits and weirdos” such as his latest acolyte Andrew Sabisky, a 27-year-old who has published disturbing views online on a range of issues from enforced contraception through to race and “intellectual disabilities”. This self-proclaimed eugenicist is reported to be “bossing the Prime Minister around,” and by all accounts completely lost any grip on reality. All this proves is that Dominic Cummings is just as lost for having employed him in the first place.

We should not forget that Chancellor, Sajid Javid, who had crossed swords with Cummings, lost the subsequent power struggle and walked out of the job as he was not prepared to have his entire staff dismissed and replaced with ‘misfits’.

Memos to be shorter

Also reported is that Boris Johnson’s aides have been ordered to send him shorter memos, limiting papers to just two sides of A4. Civil servants have also been told to cut the number of documents put into the prime minister’s red box to “make sure that he reads them.”

The edict emerged after Johnson spent a week away at his Chevening country house. Members of the Downing Street policy unit were told to provide “weekend reading” for the prime minister on keys aspects of policy. But a source said: “They’ve been told it should be an easy read: no more than four pages, or he’s never going to read it. Two pages is preferable.” At best, this also demonstrates Boris Johnson’s complete lack of ability to absorb and retain details for the job in hand for which he has been constantly criticised.

It is telling that even the mainstream newspapers (except the Daily Express) are now pulling support for individuals within the heart of the government. Perhaps they don’t want to be seen as being misguided over their support for Boris Johnson, Dominic Cummings and the Brexit hardliners that finally drove through Brexit. Things are not going well, especially for No10’s Communications Dept, also run by another known bully.

But this weekend, we’ve just found out that Britain has committed itself to buying a new generation of nuclear warheads to replace Trident, which will be based on US technology (again). The decision was revealed by Pentagon officials who disclosed it before an official announcement has been made by the government even to its own MP’s.

The revelation has dismayed MPs and experts who question why they have learned of the move – which is reported to cost over its lifetime twice that of HS2 – only after the decision had actually been made. This is a clear indication that the government is no longer prepared to discuss matters of such importance with MP’s. It has also raised questions about the UK’s commitment to staunching nuclear proliferation and the country’s reliance on the US for a central plank of its defence strategy, especially in the light of President Trump’s recent decision making. In addition, the cost of the system is now likely to increase substantially as Brexit has caused the pound sterling to slump some 10 to 15 per cent.

What we see now is a government intolerant of any form of dissent or disagreement as it seeks to eliminate space for debate and crush checks on its authority. Johnson and Cummings are muzzling internal discussion and seek to drive out anyone that disagrees. At best, this is a demonstration of exceptionally poor leadership that weakens policy-making, diminishes the credibility of the party and could cause irreparable damage to the UK on the international stage. The only trick that the Conservative leadership seem to have is one of confidence – for the time being.