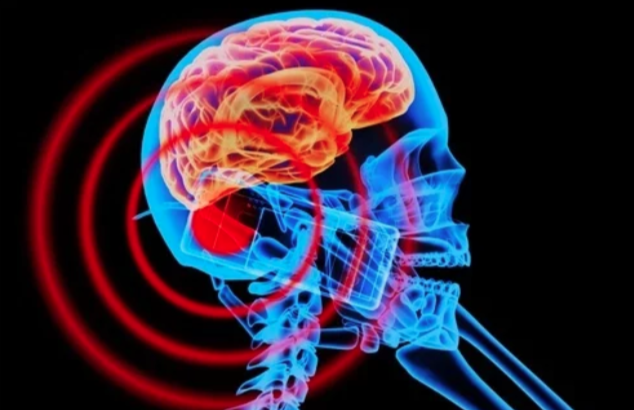 By Graham Vanbergen: A recent Guardian article entitled “The inconvenient truth about cancer and mobile phones” stated that “On 28 March this year, the scientific peer review of a landmark United States government study concluded that there is “clear evidence” that radiation from mobile phones causes cancer.”

The article went on to say that “For a quarter of a century now, the industry has been orchestrating a global PR campaign aimed at misleading not only journalists but also consumers and policymakers about the actual science concerning mobile phone radiation. Indeed, big wireless has borrowed the very same strategy and tactics big tobacco and big oil pioneered to deceive the public about the risks of smoking and climate change, respectively. And like their tobacco and oil counterparts, wireless industry CEOs lied to the public even after their own scientists privately warned that their products could be dangerous, especially to children.”

The Guardian appears, at least in this article, to be surprised at being misled. Yet, the Guardian’s sister paper, The Observer published an article in 1999 that stated: “Lloyd’s underwriters refuse to insure mobile phone manufacturers against the risk of damage to users’ health.”

That article was unequivocally clear. The insurers had: “fears mobile phones will be linked to illnesses such as cancer and Alzheimer’s disease.” Twenty years ago, the industry already knew their business models were a risk to the general public, especially because insurers were already refusing to cover their biggest liabilities. And as TruePublica reported yesterday in Dieselgate to Phonegate – the news was was very much kept under wraps by the industry.

As for the insurers themselves, they had learned hard lessons before. If you go back to asbestos, it wasn’t a problem either – until it became one. Asbestos claims helped bring the Lloyd’s insurance market to its knees in the early 1990s, where US claims alone accounted for an estimated $250 billion in losses.

After years of contradictory industry led evidence, in February 2015, Lloyds of London, one of the largest insurers in the world, finally made its position absolutely clear with regards to exposure to non-ionizing radiation. In acknowledgement to clarification, this response was received on Feb. 18 2015, from CFC Underwriting LTD, London, UK agent for Lloyd’s – published in an article by RFSafe.

“‘The Electromagnetic Fields Exclusion (Exclusion 32) is a General Insurance Exclusion and is applied across the market as standard. The purpose of the exclusion is to exclude cover for illnesses caused by continuous long-term non-ionising radiation exposure i.e. through mobile phone usage.”

That commercial insurance renewal policy contained a particular liability exclusion clause about electromagnetic fields as it excludes any compensation for claims for:

“directly or indirectly arising out of, resulting from or contributed to by electromagnetic fields, electro-magnetic radiation, electromagnetism, radio waves or noise.”

The policyholder made an understandable inquiry seeking more clarification about the exclusion language. CFC Underwriting sent the following:

“The Electromagnetic Fields Exclusion (Exclusion 32) is a General Insurance Exclusion and is applied across the market as standard. The purpose of the exclusion is to exclude cover for illnesses caused by continuous long-term non-ionising radiation exposure i.e. through mobile phone usage.”

The all important words used there are just as clear: “applied across the market”. All major insurers had analysed the potential risk and were not prepared to insure the industry from claims arising out of radiation exposure.

a) make any payment on your behalf for any claim, or
b) incur any costs and expenses, or
c) reimburse you for any loss, damage, legal expenses, fees or costs sustained by you, or
d) pay any medical expenses:
…

Interestingly, this also includes the use of electromagnetic radiation emitted from Smart Meters (AMR, AMI, PLC), from Home Area Network devices and appliances (including thermostats), from Wi-Fi transmitters, from wireless devices in schools, offices, and homes, and from wireless sensors and wireless-connected fire alarms.

Around the same, in 2015, the Volkswagen emissions scandal began when the US Environmental Protection Agency (EPA) issued a notice of violation of the Clean Air Act to Volkswagen Group. The agency had found that Volkswagen had intentionally programmed diesel engines to activate their emissions controls only during laboratory emissions testing, which caused the vehicles’ NOx output to meet US standards during regulatory testing. However, they were emitting up to 40 times more NOx in real-world driving. Volkswagen deployed this programming software in about eleven million cars worldwide in model years 2009 through 2015.

Clear research had already shown that tens of thousands of people a year die early due to the failure of diesel vehicles to meet official limits in real driving conditions.

‘Dieselgate’ has widened out to other manufacturers since and has had many other impacts. Britain’s auto industry, for instance, has been brought to the brink of a real crisis with thousands of manufacturing jobs being axed and dealerships across the country threatened with savage restructuring. The sector is fighting some severe operational fires on several fronts – financial, environmental and regulatory as a result. It goes to show the (illegal) risks corporations are prepared to take with other peoples health and well-being in the pursuit of big bucks.

Mobile phone corporations including Blackberry, EE, Nokia and Vodafone have more recently informed investors they could face new forms of legal action from device users if research eventually finds these uninsurable links between their products and health conditions such as cancer. And this is confirmed further with British Telecom, which owns EE, telling its own investors in its 2017 annual report: “We can’t provide absolute ­assurance that research in the future won’t establish links between radio frequency emissions and health risks.” And just as with the other big corporate health scandals such as tobacco, pharmaceutical, asbestos and Dieselgate –  they continue to fail to clearly warn users of potential risks in their ads and packaging of the harms of using their products.

The alarm bells are ringing for the industry. In May this year, 60-year-old Neil Whitfield is thought to be the first in Britain to sue a mobile phone company for developing a golf ball-sized brain tumour which left him deaf in one ear. Nokia is in the frame.

Last year, Roberto Romeo, an Italian business executive won damages for work-related use of a mobile phone, which caused him to develop a benign brain tumour. A medical expert estimated the damage to Romeo at 23% of his bodily function.

In fact, for three decades, dozens of cases have been filed in the US alone related to brain tumours and mobile phones use. In the last ten years, cases have started piling up. Many courts, especially in America have sided with the industry on the basis of a lack of evidence. More recently cases are being won on exactly those grounds.

In 2015, over 200 scientists from 41 countries, all specialists in the effects of electromagnetic fields (EMFs) on biological systems, signed an appeal to the UN and the WHO calling for more protective exposure limits and for the public to be advised to reduce its exposure to anthropogenic RFR.

In September 2017 over 180 scientists from 35 countries addressed an appeal to the EU calling for a moratorium on the roll-out of 5G technology until potential hazards for human health and the environment were thoroughly investigated by scientists independent from the mobile industry. They pointed out that 5G “will substantially increase exposure to radiofrequency electromagnetic fields (RF-EMF) on top of the 2G, 3G, 4G, Wi-Fi, etc. for telecommunications already in place.”

This appeal sits uneasily with the current massive roll-out of gas and electricity smart meters in the UK and the projected deployment of 5G. No-one at the industry level or policymakers in the British government has taken much notice of the ever-increasing warnings. However, it may surprise you to know that since 2005, UK Chief Medical Officers have recommended anyone under 16 should use mobile phones for essential purposes only and keep all calls short. That advice has still not changed.

The first 5G ready smartphones are due to be rolled out later this year irrespective of the known dangers and the general publics mandatory exposure to it.

5G: The Dominoes Are Starting To Fall