Monbiot – Is this democracy’s death spiral 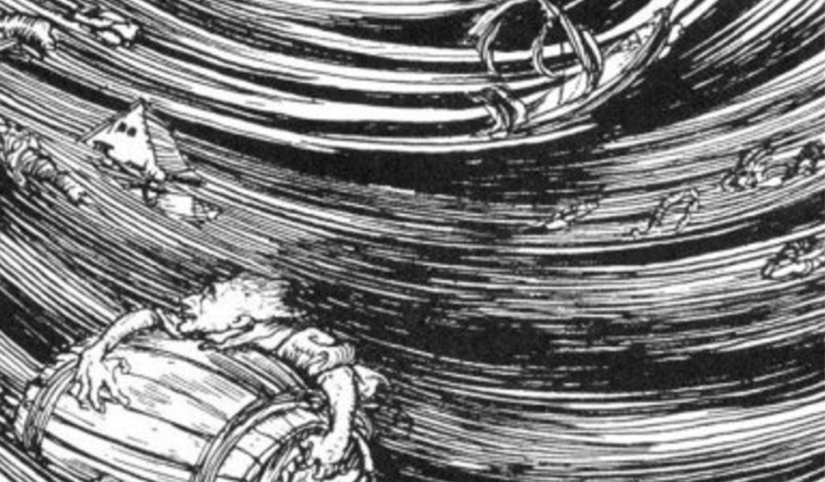 Is this democracy’s death spiral? Are we falling, in this and other countries, into a lethal cycle of fury and reaction, that blocks the reasoned conversation on which civic life depends?

In every age there have been political hucksters, using aggression, lies and outrage to drown out reasoned argument. But not since the 1930s have so many succeeded. Trump, Johnson, Narendra Modi, Jair Bolsonaro, Scott Morrison, Rodrigo Duterte, Nicolas Maduro, Viktor Orban and many others have discovered that the digital age offers rich pickings. The anger and misunderstanding that social media generates, exacerbated by troll factories, bots and covertly-funded political advertising, spills into real life.

Today, politicians and commentators speak a language of violence that was unthinkable a few years ago. In the UK, Boris Johnson mocks the memory of the murdered MP Jo Cox. Nigel Farage, talking of civil servants, promises that “once Brexit’s done, we will take the knife to them.” Brendan O’Neill, editor of the magazine Spiked, that has received funding from the Koch brothers, told the BBC that there should be riots over Brexit’s delay. They must all know, particularly in view of the threats and assaults suffered by female MPs, that violent language licences violence. But these statements seem perfectly pitched to trigger unreasoning aggression.

Surely voters must now wake from this nightmare, dismiss those who have manufactured our crises, and restore the peaceful, reasoned politics on which our security depends? Unfortunately, it might not be as simple as that.

Several fascinating branches of neuroscience and psychology suggest that threat and stress in public life are likely to be self-perpetuating. The more threatened we feel, the more our minds are overwhelmed by involuntary reflexes and unthinking reaction.

“The demagogues – or their advisers – know what they’re doing. Either instinctively or explicitly, they understand the irrational ways in which we react to threat and know that, to win, they must stop us from thinking”

The strangest of these effects is described by the neuroscientists Stephen Porges and Gregory Lewis. They show that when we feel threatened, we literally cannot hear calm, conversational voices. When we feel safe, the muscles in the middle ear contract, with an effect like tightening the skin of a drum. This shuts out deep background sounds, and allows us to tune into the frequencies used in ordinary human speech.

But when we feel threatened, it is the deep background noises we need to hear. In evolutionary time, it was these sounds (roars, bellows, the padding of paws or rumble of hooves, thunder, a flood pulse in a river) that presaged danger. So the muscles of the middle ear relax, shutting out conversational frequencies. In the political context, if people are shouting at us, moderating voices are, physically, tuned out. Everyone has to shout to be heard, ramping up the level of stress and threat.

When we feel particularly threatened or angry, a fight or flight response kicks in, overwhelming our capacity for reason – a phenomenon some psychologists call amygdala hijack. The amygdala sits at the base of the brain and channels strong emotional signals that can override the prefrontal cortex, preventing us from making rational decisions. We lash out irrationally, saying stupid things that then trigger amygdala hijack in other people. That’s more or less how social media works.

All this is exacerbated by the frantic and blinkered way in which we seek a place of safety when we feel insecure. Security is what psychologists call a classic “deficit value”: one whose importance to us escalates when we feel it is deficient, shutting out other values. This allows the very people who made us insecure to present themselves as the “strongmen” (always, in reality, the weakest men imaginable) to whom we can turn for refuge from the chaos they created. Disturbingly, a survey by the Hansard Society in April revealed that 54% of respondents now agree with the statement “Britain needs a strong ruler willing to break the rules”, while only 23% disagree.

I suspect the demagogues – or their advisers – know what they’re doing. Either instinctively or explicitly, they understand the irrational ways in which we react to threat and know that, to win, they must stop us from thinking. Why does Johnson appear to want a no-deal Brexit so badly? Perhaps because it generates the stress and threat on which his success depends. If we don’t break this spiral, it could drag us down to a very dark place indeed.

So what do we do? How, in particular, do we discuss genuinely alarming situations, like Brexit or climate breakdown, without triggering threat responses? The first thing the science tells us is this: treat everyone with respect. The stupidest thing you can possibly do, if you want to save democracy, is to call your opponent gammon.

Never get drawn into a shouting match, however offensive the other person might be. Don’t be distracted by attempts to manufacture outrage: bring the conversation back to the topics you want to discuss. We should emulate the calm strength with which Greta Thunberg responds to the tidal wave of nastiness she faces: “As you may have noticed, the haters are as active as ever – going after me, my looks, my clothes, my behaviour and my differences … But don’t waste your time giving them any more attention.”

After studying the success or failure of other political movements, Extinction Rebellion has developed a protocol for activism that looks like a model of good political psychology. It uses humour to deflect aggression, distributes leaflets explaining the action and apologising for the disruption, trains activists to resist provocation, and runs de-escalation workshops, teaching people to translate potential confrontations into reasoned conversation. It urges “active respect” towards everyone, including the police.

By setting up people’s assemblies, it seeks to create a civic space in which other voices can be heard. As another paper by Stephen Porges, the neuroscientist whose work has done so much to explain our reflexes, points out, our brains don’t allow us to experience compassion for others until we feel safe. Creating calm spaces in which to explore our differences is an essential step towards rebuilding democratic life.

All this might sound like common sense. It is. But understanding how our minds function helps us to see when they are unconsciously working for the demagogues. Breaking the spiral means restoring the mental state that allows us to think.