Monsters Engineered By Our Media 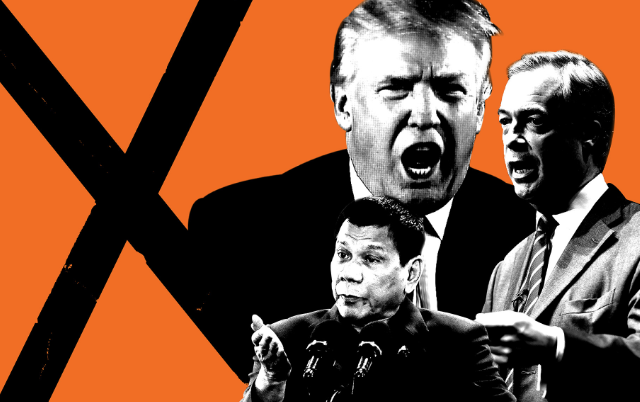 By Jonathan Cook, Nazareth, Israel: With Jair Bolsonaro’s victory in Brazil’s presidential election last month, the doom-mongers among western elites are out in force once again. His success, like Donald Trump’s, has confirmed a long-held prejudice: that the people cannot be trusted; that, when empowered, they behave like a mob driven by primitive urges; that the unwashed masses now threaten to bring down the carefully constructed walls of civilisation.

The guardians of the status quo refused to learn the lesson of Trump’s election, and so it will be with Bolsonaro. Rather than engaging the intellectual faculties, they claim as their exclusive preserve, western “analysts” and “experts” are again averting their gaze from anything that might help them understand what has driven our supposed democracies into the dark places inhabited by the new demagogues. Instead, as ever, the blame is being laid squarely at the door of social media.

Social media and fake news are apparently the reasons Bolsonaro won at the ballot box. Without the gatekeepers in place to limit access to the “free press” – itself the plaything of billionaires and global corporations, with brands and a bottom line to protect – the rabble has supposedly been freed to give expression to their innate bigotry.

Here is Simon Jenkins, a veteran British gatekeeper – a former editor of the Times of London who now writes a column in the Guardian – pontificating on Bolsonaro:

The lesson for champions of open democracy is glaring. Its values cannot be taken for granted. When debate is no longer through regulated media, courts and institutions, politics will default to the mob. Social media – once hailed as an agent of global concord – has become the purveyor of falsity, anger and hatred. Its algorithms polarise opinion. Its pseudo-information drives argument to the extremes.

This is now the default consensus of the corporate media, whether in its rightwing incarnations or of the variety posing on the liberal-left end of the spectrum like the Guardian. The people are stupid, and we need to be protected from their base instincts. Social media, it is claimed, has unleashed humanity’s id.

There is a kind of truth in Jenkins’ argument, even if it is not the one he intended. Social media did indeed liberate ordinary people. For the first time in modern history, they were not simply the recipients of official, sanctioned information. They were not only spoken down to by their betters, they could answer back – and not always as deferentially as the media class expected.

Clinging to their old privileges, Jenkins and his ilk are rightly unnerved. They have much to lose.

But that also means they are far from dispassionate observers of the current political scene. They are deeply invested in the status quo, in the existing power structures that have kept them well-paid courtiers of the corporations that dominate the planet.

Bolsonaro, like Trump, is not a disruption of the current neoliberal order; he is an intensification or escalation of its worst impulses. He is its logical conclusion.

The plutocrats who run our societies need figureheads, behind whom they can conceal their unaccountable power. Until now they preferred the slickest salespeople, ones who could sell wars as humanitarian intervention rather than profit-driven exercises in death and destruction; the unsustainable plunder of natural resources as economic growth; the massive accumulation of wealth, stashed in offshore tax havens, as the fair outcome of a free market; the bailouts funded by ordinary taxpayers to stem economic crises they had engineered as necessary austerity; and so on.

A smooth-tongued Barack Obama or Hillary Clinton were the favoured salespeople, especially in an age when the elites had persuaded us of a self-serving argument: that ghetto-like identities based on colour or gender mattered far more than class. It was divide-and-rule dressed up as empowerment. The polarisation now bewailed by Jenkins was in truth stoked and rationalised by the very corporate media he so faithfully serves.

Fear of the domino effect

Despite their professed concern, the plutocrats and their media spokespeople much prefer a far-right populist like Trump or Bolsonaro to a populist leader of the genuine left. They prefer the social divisions fuelled by neo-fascists like Bolsonaro, divisions that protect their wealth and privilege, over the unifying message of a socialist who wants to curtail class privilege, the real basis of the elite’s power.

The true left – whether in Brazil, Venezuela, Britain or the US – does not control the police or military, the financial sector, the oil industries, the arms manufacturers, or the corporate media. It was these very industries and institutions that smoothed the path to power for Bolsonaro in Brazil, Viktor Orban in Hungary, and Trump in the US.

Former socialist leaders like Brazil’s Luiz Inácio Lula da Silva or Hugo Chavez in Venezuela were bound to fail not so much because of their flaws as individuals but because powerful interests rejected their right to rule. These socialists never had control over the key levers of power, the key resources. Their efforts were sabotaged – from within and without – from the moment of their election.

Local elites in Latin America are tied umbilically to US elites, who in turn are determined to make sure any socialist experiment in their backyard fails – as a way to prevent a much-feared domino effect, one that might seed socialism closer to home.

The media, the financial elites, the armed forces were never servants of the socialist governments that have been struggling to reform Latin America. The corporate world has no interest either in building proper housing in place of slums or in dragging the masses out of the kind of poverty that fuels the drug gangs that Bolsonaro claims he will crush through more violence.

Bolsonaro will not face any of the institutional obstacles Lula da Silva or Chavez needed to overcome. No one in power will stand in his way as he institutes his “reforms”. No one will stop him creaming off Brazil’s wealth for his corporate friends. As in Pinochet’s Chile, Bolsonaro can rest assured that his kind of neo-fascism will live in easy harmony with neoliberalism.

If you want to understand the depth of the self-deception of Jenkins and other media gatekeepers, contrast Bolsonaro’s political ascent to that of Jeremy Corbyn, the modest social democratic leader of Britain’s Labour party. Those like Jenkins who lament the role of social media – they mean you, the public – in promoting leaders like Bolsonaro are also the media chorus who have been wounding Corbyn day after day, blow by blow, for three years – since he accidentally slipped past safeguards intended by party bureacrats to keep someone like him from power.

The supposedly liberal Guardian has been leading that assault. Like the rightwing media, it has shown its absolute determination to stop Corbyn at all costs, using any pretext.

Within days of Corbyn’s election to the Labour leadership, the Times newspaper – the voice of the British establishment – published an article quoting a general, whom it refused to name, warning that the British army’s commanders had agreed they would sabotage a Corbyn government. The general strongly hinted that there would be a military coup first.

We are not supposed to reach the point where such threats – tearing away the façade of western democracy – ever need to be implemented. Our pretend democracies were created with immune systems whose defences are marshalled to eliminate a threat like Corbyn much earlier.

Once he moved closer to power, however, the rightwing corporate media was forced to deploy the standard tropes used against a left leader: that he was incompetent, unpatriotic, even treasonous.

But just as the human body has different immune cells to increase its chances of success, the corporate media has faux-liberal-left agents like the Guardian to complement the right’s defences. The Guardian sought to wound Corbyn through identity politics, the modern left’s Achille’s heel. An endless stream of confected crises about anti-semitism were intended to erode the hard-earned credit Corbyn had accumulated over decades for his anti-racism work.

Why is Corbyn so dangerous? Because he supports the right of workers to a dignified life, because he refuses to accept the might of the corporations, because he implies that a different way of organising our societies is possible. It is a modest, even timid programme he articulates, but even so it is far too radical either for the plutocratic class that rules over us or for the corporate media that serves as its propaganda arm.

The truth ignored by Jenkins and these corporate stenographers is that if you keep sabotaging the programmes of a Chavez, a Lula da Silva, a Corbyn or a Bernie Sanders, then you get a Bolsonaro, a Trump, an Orban.

It is not that the masses are a menace to democracy. It is rather that a growing proportion of voters understand that a global corporate elite has rigged the system to accrue for itself ever greater riches. It is not social media that is polarising our societies. It is rather that the determination of the elites to pillage the planet until it has no more assets to strip has fuelled resentment and destroyed hope. It is not fake news that is unleashing the baser instincts of the lower orders. Rather, it is the frustration of those who feel that change is impossible, that no one in power is listening or cares.

Jenkins wants to lecture the masses about their depraved choices while he and his paper steer them away from any politician who cares about their welfare, who fights for a fairer society, who prioritises mending what is broken.

The western elites will decry Bolsonaro in the forlorn and cynical hope of shoring up their credentials as guardians of the existing, supposedly moral order. But they engineered him. Bolsonaro is their monster.