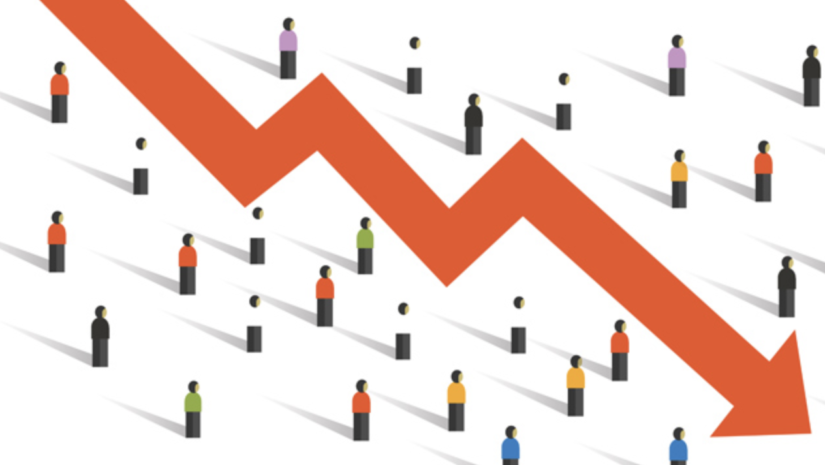 By TruePublica: There’s a fundamental belief amongst many well-known economists that the bank-led financial crisis in 2008 that brought austerity then led to societal wide anger that brought us Brexit. The recovery from that crash is now well known to have been the longest on record. Britain’s economy officially shrank by more than 6% between the first quarter of 2008 and the second quarter of 2009, and it took another five years to get back to the size it was before the recession – and even that is not accounting for inflation (stats ONS). In 2011/12, over 2.7 million people were unemployed. The Conservative government kept the pressure up with its austerity drive with huge cuts to public services, pay caps and benefits freezes. Despite the fall in unemployment in recent years, real wages are lower than they were in 2008 – but everything else in life is more expensive.

In 2014 and 2015, wages began to rise, the economy was recovering. But public vengeance was exacted at the ballot box against a spiteful political class, its austerity policy and a rise of nationalism and the blame culture it brought with it. In June 2016, Brexit became a reality. Sterling collapsed 20 per cent overnight. So prices started to rise and real wages fell again. Sterling has stuttered ever since but not recovered and so wages continue to follow in its path. Any gains made on Sterling as a result of the election have now gone amid concern that Britain could end the Brexit transition period in December without an EU deal.

While there are many scenes on social media of people, especially the working class, celebrating their new found national independence, a self-goal has gone unnoticed.

Inflation unexpectedly dropped to its lowest level for more than three years in December, it was actually fuelled by struggling retailers offering a wider range of discounts to tempt consumers during the pivotal Christmas shopping period. Because wages are still not growing people are spending less, so shops desperately discount to attract revenue. The headline here is that retail sales have slumped.

Many will cite the value of Sterling, reduced inflation and jobs losses as evidence of other unconnected factors. They will say that the lower value of Sterling is great for exports, that reduced inflation means cheaper prices on imports and that job losses from retail are simply moving to other sectors – let’s be fair, unemployment is the lowest its been for decades. Right?

Research has now determined that the productivity growth slowdown since the 2008 financial crisis is nearly twice as bad as the previous worst decade for efficiency gains, 1971-1981, and is unprecedented in more than 250 years.

Hidden amongst these figures, that people do not like to talk about much is an economic statistic that defines the prosperity of a country – productivity. It refers to the amount of work produced either per worker or per hour worked or both. In the context of the entire economy, productivity refers to the amount of GDP (the value of all goods and services) output in a period of time divided by all the hours worked by all the workers in the economy over that same time period. You can take all sorts of economic numbers and make them say something – but productivity is the collective result of all figures.

Research has now determined that the productivity growth slowdown since the 2008 financial crisis is nearly twice as bad as the previous worst decade for efficiency gains, 1971-1981, and is unprecedented in more than 250 years. In reality, it has fallen by around 20% since 2008.

It was in 1760 when the transition from manual labour to manufacturing processes is known to be the date that productivity in Britain rose. It led directly to the industrial revolution. It fuelled the already growing British empire which then reached its height in 1913 and is recognised to have been the largest in history and the foremost global power. By 1913, Britain’s empire covered 23% of world population and 24% of world landmass. Productivity was so great, America sent spies in mass industrial espionage exercises just to keep up.

What this really means is that the slowdown in Britain’s productivity growth over the last decade is holding back gains in living standards across the country. The result is that the UK now has another record – the longest fall in living standards since the 1940s. The bottom third in society have got poorer, the very top got wealthier.

Economic theory and empirical evidence suggest that investments in technology, infrastructure, research and education are the primary drivers of raising productivity.

Brexit is going to a big shock for the country, not because of the same reasons everyone is shouting about but because this government has dreams of making a transition much as the change from labour to manufacturing was in the 1760s. It wants to transition away from traditional manufacturing productivity and move to a technology-based economy that drives artificial intelligence, medical and agricultural research, financial services, advertising, marketing and design. The downside is that manufacturing will be sacrificed just as the steel and coal mining industries were in the 70s and 80s to make way for today’s service economy.

The trade deal negotiations between the UK and US/EU this year will be more about this transition than food or manufacturing standards. Whether we get chlorinated chicken McNuggets or GMO wine gums is irrelevant to this government.

The point I am making is this. Political figures have taken advantage of a mess of their own making and now we have Brexit. It will not bring back good quality, well-paid working-class jobs. Living standards will not increase, the poorer will not get any wealthier. If anything, this type of work will shrink in real numbers over the decades. If money primarily goes on technology, research and education – the bottom half of society will lose out and the country will become fully divided into haves and have-nots.

Some people saw the 2008 crisis as an opportunity to further their own agenda, wrapped it up in lies, fantasies and illusions and sold it hook, line and sinker to a distressed people. It’s called disaster capitalism.  This shock doctrine, as author Naomi Klien details it is uncanny. Its official description is that – “it centres on the exploitation of a national crisis to push through controversial policies while citizens are too emotionally and physically distracted by disasters or upheavals to mount an effective resistance.” That is the reality of Brexit.

Big change is coming whether we like it or not and just like the decline of the British empire, the real outcome of Suez, and the fallout of the financial crash – the consequences of Brexit will be unknown for decades. But just like all those examples, the chances of Britain’s future prosperity rising to that of sunny uplands is, quite frankly, foolish drivel. Some will do well, others will not. The question is – will Brexit raise all boats or sink us all.