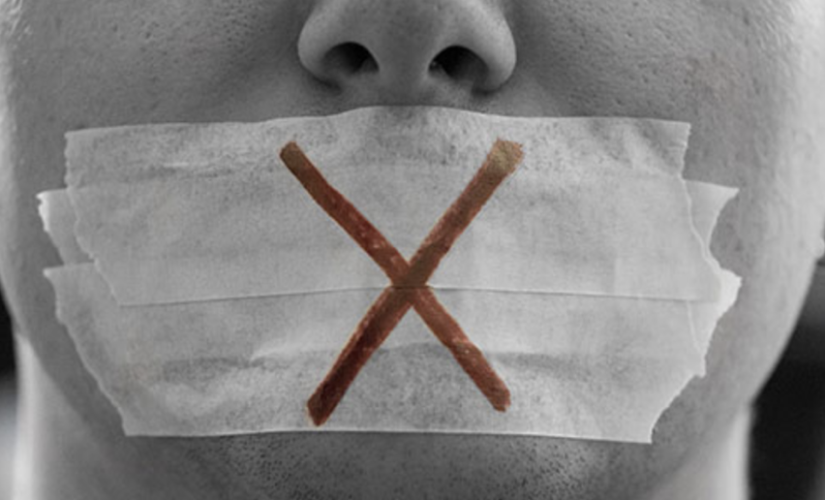 By TruePublica Editor: A new Declassified report published only a few days ago goes to show the situation we find our selves in right now. In the midst of a crisis, while the commentariat are lobbing rocks at each other over the endless scandals and the media are focused on the pandemic – the government continues to act as if democracy doesn’t really exist.

Just one of the issues that the media should be highlighting right now – is that they are about to be bound and gagged under new ‘espionage laws.’ What this would do is effectively criminalise the release of important information in the public interest and impose even stricter controls on the UK’s media as part of an “epidemic of secrecy” that the Tories have ushered in since their arrival in 2010. From 2015, it has been especially focused on ensuring accountability of those walking in the corridors of power – or those influencing it – is all but erased.

Journalists in Britain and the sources they protect are now facing an unprecedented assault on freedom of speech, including the prospect of criminal prosecution with very serious life-changing consequences. Threats aimed at whistleblowers and journalists were evident before the coronavirus crisis struck, but was largely unreported and therefore unnoticed.

The government’s Queen’s Speech last December included plans for this new “espionage legislation” that TruePublica warned would see stories like the MP’s expenses scandal to never emerge again. The new legislation stresses the need to combat “hostile state activity” and make the UK “a harder environment for adversaries to operate in.” The excuse being used for this nonsense is the Salisbury poisoning of Russian double agent Sergei Skripal – as if somehow that case means much in this Bill.

The Official Secret’s Act of 1989 is to be updated as well and a review of this is already underway.

Declassified reports that – “Whistleblowers and journalists could be convicted for revealing information about defence, international relations or law enforcement, even if it was unlikely to cause harm. They would make it easier to secure convictions by weakening the existing tests for proving an offence.”

One only has to look at the current treatment of Julian Assange to see what this means in reality.

Declassified also states that – “Neither would someone revealing danger to the public, abuse of power or serious misconduct be able to argue that they acted in the public interest. In addition, maximum prison sentences on conviction, currently two years under the Official Secrets Act, would be increased.”

The prison sentences being considered as necessary for such high crimes would be the same as if a foreign national was caught spying in the heart of government – a minimum of 13 years.

Environmental Services and the NHS get special protection from these new draconian laws. Leaking information and then disclosing it or worse publishing it, about suspected failures by public bodies and organisations to comply with the law will draw special attention from the authorities. If passed, the legislation will remove existing rights of access to information under the FOI Act and the right of individuals to see their own personal data under data protection legislation.

“The scope of this prohibition is remarkable”, says the Freedom of Information Campaign.

I would recommend you reading the Declassified report that rightly reminds us all that it has only been leaks which have allowed the public to know the membership of the important SAGE group of scientific advisers addressing coronavirus and the report of a simulated influenza pandemic exercise in the National Health Service in 2016.

TruePublica published a story on this report three weeks in advance of the mainstream media and under these new rules two things would have happened. The first is that we may never have unearthed them because they would be classified as a state secret – and the second is the journalist who got that story and the editor who published would, by now have been arrested and in solitary confinement, quite possibly next to Assange.

And as Declassified says – “Instead of regretting, explaining, or justifying its decision to impose a quarantine on people returning to Britain after holidays or business trips, the home secretary, Priti Patel, and the head of the UK Border Force, Paul Lincoln, appeared at a recent joint press conference to revel in the prospect of being given new powers.”

In this context and that of Brexit for instance, quite what does “Take Back Control” really mean to you, the general public and people like Boris Johnson and Dominic Cummings. It means you have less control and they have more. Think of all the scandals you will never hear about such as all those contracts we’ve just heard about going to American tech giants to harvest NHS records, or the huge Cambridge Analytica scandal, maybe Windrush or Jeremy Hunt’s alleged corruption in dealing with Murdoch’s bid for News Corporation’s takeover of BSkyB.

It might sound like a cliche to say that democracy dies in the dark with laws that are designed to stop the media from holding power to account. But by the end of the year, you won’t know what they are getting up to because no-one will take the risk of informing you.