Note from America: The Age of Tyrannical Surveillance 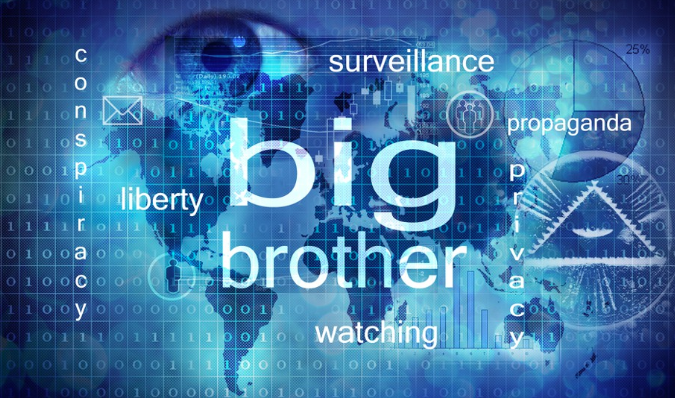 By John W Whitehead – US Constitutional Attorney, Charlottesville, Virginia: Uncle Sam wants you. Correction: Big Brother wants you. To be technically accurate, Big Brother—aided and abetted by his corporate partners in crime—wants your data.

That’s what we have been reduced to in the eyes of the government and Corporate America: data bits and economic units to be bought, bartered and sold to the highest bidder. Those highest bidders include America’s political class and the politicians aspiring to get elected or re-elected.

Your phones, televisions and digital devices are selling you out to politicians who want your vote.

Have you shopped at Whole Foods? Tested out target practice at a gun range? Sipped coffee at Starbucks while surfing the web? Visited an abortion clinic? Watched FOX News or MSNBC? Played Candy Crush on your phone? Walked through a mall? Walked past a government building?

That’s all it takes for your data to be hoovered up, sold and used to target you. This is the age of surveillance capitalism.

Once you’ve been identified in this way, you can be tracked endlessly. No one is spared.

In this regard, we are all equals: equally suffering the indignity of having every shred of privacy stripped away and the most intimate details of one’s life turned into fodder for marketers and data profiteers.

What’s worse, this for-profit surveillance capitalism scheme is made possible with our cooperation.

All those disclaimers you scroll though without reading them, the ones written in minute font, only to quickly click on the “Agree” button at the end so you can get to the next step—downloading software, opening up a social media account, adding a new app to your phone or computer—those signify your written consent to having your activities monitored, recorded and shared.

Every move you make is being monitored, mined for data, crunched, and tabulated in order to form a picture of who you are, what makes you tick, and how best to influence and/or control you.

With every smartphone we buy, every GPS device we install, every Twitter, Facebook, and Google account we open, every frequent buyer card we use for purchases—whether at the grocer’s, the yogurt shop, the airlines or the department store—and every credit and debit card we use to pay for our transactions, we’re helping Corporate America build a dossier for its government counterparts on who we know, what we think, how we spend our money, and how we spend our time.

The technology has advanced so far that marketers (political campaigns are among the worst offenders) can actually build “digital fences” around your homes, workplaces, friends and family’s homes and other places you visit in order to bombard you with specially crafted messages aimed at achieving a particular outcome.

If anyone else stalked us in this way—tailing us wherever we go, tapping into our calls, reading our correspondence, ferreting out our secrets, profiling and targeting us based on our interests and activities—we’d call the cops.

Unfortunately, the cops (equipped with Stingray devices and other Peeping Tom technologies) are also in on this particular scam.

It’s not just the surveillance and the buying and selling of your data that is worrisome.

The ramifications of a government—any government—having this much unregulated, unaccountable power to target, track, round up and detain its citizens is beyond chilling.

We’ve made it so easy for the government to watch and control us. It’s happening already in China.

Millions of Chinese individuals and businesses, blacklisted as “unworthy” based on social media credit scores that grade them based on whether they are “good” citizens, have now been banned from accessing financial markets, buying real estate or travelling by air or train. Among the activities that can get you labelled unworthy are taking reserved seats on trains or causing trouble in hospitals.

Get ready, because all signs point to China serving as the role model for our dystopian future.

Remember, even the most well-intentioned government law or program can be—and has been—perverted, corrupted and used to advance illegitimate purposes once profit and power are added to the equation.

Surveillance, digital stalking and the data mining of the American people—weapons of compliance and control in the government’s hands, especially when the government can listen in on your phone calls, monitor your driving habits, track your movements, scrutinize your purchases and peer through the walls of your home—add up to a society in which there’s little room for indiscretions, imperfections, or acts of independence.

This is the creepy, calculating yet diabolical genius of the American police state: the very technology we hailed as revolutionary and liberating has become our prison, jailer, probation officer, Big Brother and Father Knows Best all rolled into one.

As I make clear in my book Battlefield America: The War on the American People, we’re being bred, branded, bought and sold for our data.

What we desperately lack and urgently need is an Electronic Bill of Rights that protects “we the people” from predatory surveillance and data-mining business practices.

Without constitutional protections in place to guard against encroachments on our rights in the electronic realm, it won’t be long before we find ourselves looking back on the past with longing, back to an age where we could speak to whom we wanted, buy what we wanted, think what we wanted without those thoughts, words and activities being tracked, processed and stored by corporate giants such as Google, sold to government agencies such as the NSA and CIA, and used against us by militarized police with their army of futuristic technologies.