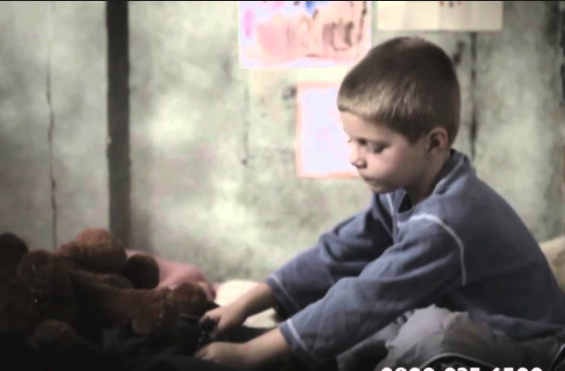 TruePublica Editor: Does it matter what your brand politics is really when we all know this is wrong? This set of numbers relating to the welfare of some of Britain’s most vulnerable children would be a blight on any government. Somehow, not this government. The ideological forces driving everything from privatisation to extreme deregulation has failed with just one set of victims being child homelessness that has risen by 76 per cent in just the last seven years.

From WelfareWeekly comes the shocking news that the Local Government Association (LGA) has warned that the numbers of children housed in temporary accommodation has soared by a record-busting 76% over the last seven years.

The LGA has called on the Government to look again at draconian welfare reforms, that opponents argue are fueling the homelessness epidemic, and allow local authorities to borrow more money to build the genuinely affordable homes Britain desperately needs.

LGA says living in temporary accommodation can have a harmful impact on parent’s health and employment prospects, and cause children to struggle in school and maintain hobbies and friendships – a claim backed up by a number of charities and housing groups.

They also warn the cost of providing temporary accommodation is piling further pressure on cash-strapped councils, who are already having to cope with reduced funding from central Government.

Councils say they are doing all they can to help homeless families and individuals, but are currently looking at an estimated £8 billion funding gap by 2025 and rising demand for social care.

Council leaders say the Government’s recent Rough Sleeping Strategy is a positive step forward in the right direction, but add that ministers need to go much further to assist local authorities in supporting the homeless.

Cllr Judith Blake, the LGA’s Housing spokesperson, said: “The summer holidays are supposed to be magical times for children. It’s a chance to be with friends and family and create memories that can last a lifetime. For too many families, it has been a miserable existence, living in inappropriate conditions as they experience the sharp end of our national housing shortage.

“Councils are currently housing almost 123,000 children experiencing homelessness, which not only has a hugely negative impact on their young lives but creates an unsustainable position for local councils, as they experience spiralling housing costs without the tools and resources to deliver the homes their residents need.

“It’s crucial that we take the serious measures that are needed to get towards our collective ambition to end homelessness outright.

“The Government needs to ensure all councils are able to borrow to build the new homes that are needed to address our housing shortage, and adapt welfare reforms to prevent people from losing their home where possible.”

Nick Ballard from the ACORN renters’ union said: “These figures show the abject failure of successive governments to take seriously that most fundamental of human rights — the right to proper shelter.

“Eviction from a private tenancy has been the leading cause of homelessness for years now and for all its fine talk this government has done nothing to address this and instead tries to palm off its responsibility on local authorities.

“The homelessness epidemic that sees tens of thousands in temporary accommodation and tent cities springing up is a clear result of housing legislation that has decimated council housing and pushed tenants into the private sector where they can be evicted at the whim of price gouging landlords.

“Any government must provide the following: an end to ‘no fault’ Section 21 evictions, the reintroduction of rent controls and a mass programme of council house building. Anything less is unacceptable.”

A Government spokesperson said: “All children deserve a safe and decent place to live and we are providing more than £1.2 billion so those who are homeless get the support they need.

“Councils have a duty to provide suitable temporary accommodation to those who need it, and families with children get priority.”