Peter Oborne: Why are Britain’s ‘watchdogs’ protecting politicians, not us? 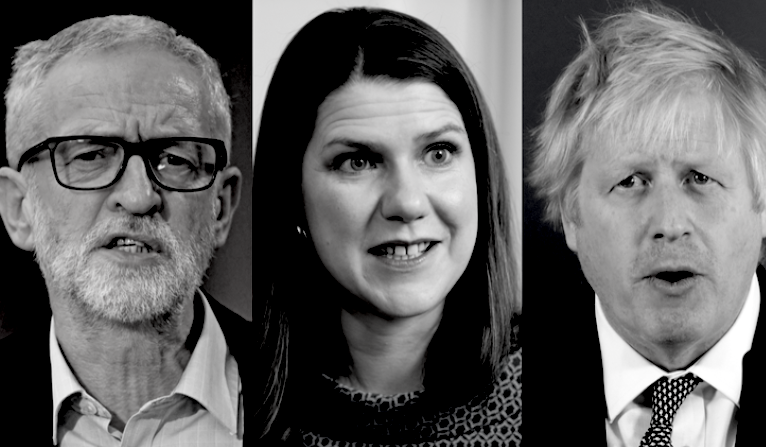 Our leaders stand accused of presiding over corruption, fraud, racism – and suppressing evidence of foreign interference. We urgently need answers before 12 December.

By Peter Oborne, Mary Fitzgerald, and James Cusick: If you go into a shop to buy Strepsils, you don’t expect to leave with arsenic. If the bottle says shower gel, you don’t expect paint stripper. But in 2019, British democracy doesn’t work quite the same way.

Right now, our public bodies, committees and regulators are sitting on vital information, critical to helping British voters decide who to vote for on 12 December.

Between them, these taxpayer-funded watchdogs have investigated allegations of corruption, foreign interference, electoral fraud, racism, and the sale of voters’ personal information. They involve people at the highest level of politics, and overshadow all of the three main parties.

But here’s the rub. Our so-called ‘watchdogs’ won’t tell us what they know about any of these issues until after the election.

How is this possible?

Let’s start with the prime minister. Boris Johnson is currently being investigated for possible criminal misconduct over his relationship with the American tech entrepreneur, Jennifer Arcuri. The police watchdog has allegedly ‘frozen’ its inquiry until after the election. Politicians of all stripes have reacted with outrage. Was the investigation “suppressed” until after 12 December in order to protect the prime minister? The police watchdog strongly denies this, and says it is “continuing to seek information and legal advice.”

Then, there’s the delayed report into Russian meddling in British politics. Relevant material, one would think, to the integrity of any election.

The report allegedly contains the names of Tory donors and friends of Johnson’s, which Downing Street reportedly sought to redact. openDemocracy has previously reported that the Tories have enjoyed a recent surge in cash from Russian donors and their associates.

Downing Street claims it did not have sufficient time to review the Russia report, and that such a delay is “perfectly normal”. But Dominic Grieve, chair of parliament’s intelligence and security committee, described the move as “jaw dropping”.

The police are also assessing claims that the Conservative party offered bribes – including honours and government jobs – to Brexit Party candidates, if they stood down in key ‘swing’ constituencies. The Tories deny any wrongdoing. No announcement from the police is expected until after the election.

It goes on. Three and a half years after the Brexit referendum, a police investigation into suspected criminal activity by Vote Leave – fronted by Johnson and run by Dominic Cummings – is still ongoing. It has taken 17 months for the police to refer evidence to the Crown Prosecution Service. No announcements on possible charges are expected until after December 12.

It’s bad enough that our publicly-funded authorities have failed so spectacularly to hold the prime minister and this government to account. But there are pressing questions about Labour and the Liberal Democrats too.

Since May, the Equality and Human Rights Commission has been investigating whether the Labour Party unlawfully discriminated, harassed or victimised people because they were Jewish. The allegations go to the heart of Jeremy Corbyn’s judgement and conduct as party leader, following years of criticism that Corbyn had not dealt swiftly enough with allegations of antisemitism, and that the party’s internal complaints system was not fit for purpose. The former Labour MP, Luciana Berger, has called on the EHRC to publish its findings before the election. Nothing is expected before the new year.

And finally, there’s the Liberal Democrats. In early 2016, they sold voter data to the pro-Remain campaign, ‘Stronger In’, for £100,000. They claim they only sold ‘enhanced’ electoral roll data, and that they complied with electoral law at all times. But concerns were raised that the personal information of party members was also traded in the lucrative commercial deal. The Information Commissioner decided to investigate.

The data sale happened before Jo Swinson became leader (as her lawyers have been at pains to point out). But in an extraordinary twist, the Lib Dems have now been forced to admit to forging an email and making repeated false claims against openDemocracy, in an effort to discredit and suppress the story. The party says it has now suspended a staff member and launched an internal investigation over the matter. We do not know if or when the results of that inquiry will be made public.

The Information Commissioner has been investigating the Liberal Democrats’ controversial data deal since 2018. But the watchdog recently told openDemocracy that there will be no announcements until – yes, you guessed it – after the election.

None of these are niche or fringe issues. They go to the heart of our democracy.

We have laws in this country which entitle us to know whether toys pose a risk to children. Whether food products contain allergens that could kill us, and whether medicine has potentially unpleasant side effects. Why should our politics be any different?

If you think we deserve answers to these pressing questions before the election, please join us in signing the petition below.

We urgently call on Prime Minister Boris Johnson; Information Commissioner Elizabeth Denham; Equality and Human Rights Commission CEO Rebecca Hilsenrath; and Michael Lockwood, Director General of the Independent Office for Police Conduct, to release all the information they hold on matters pertaining to foreign interference; electoral fraud; criminal misconduct in public office; racism and the sale of voter data ahead of 12 December.

You have been tasked with upholding our laws and protecting the public. There can be no justification for denying voters access to vital evidence during this election.