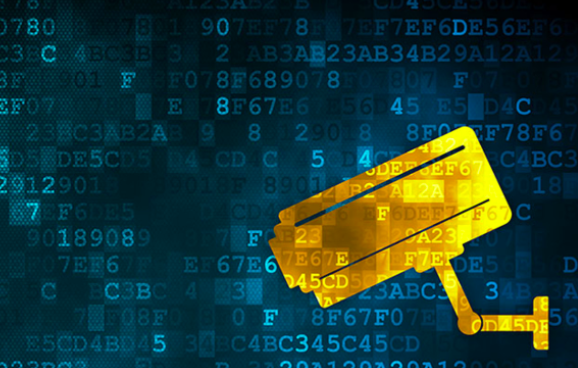 “What kind of sovereignty is that?” – Liberty responds to the Queen’s Speech

The Queen’s speech outlined the Government’s plans for Brexit and countering terrorism.

On the Brexit plans, Martha Spurrier, Director of Liberty, said: “The people voted to leave the European Union, not to tear up their rights and freedoms. The Government must include a definitive clause in the Repeal Bill to guarantee that there will be no backsliding on rights.

“Our elected MPs need to take back control by shining a light on the entire Brexit process and ensuring we leave the EU with our rights intact. We must not let unelected bureaucrats pick and choose what our country’s future will look like – what kind of sovereignty is that?”

On the counter-terror proposals: “There’s a reason the Government is struggling to define any additional powers needed to defeat terrorism. A meaningful, independent review of the existing strategy would prove we don’t need to sacrifice our rights in the name of security.

“We’ll be watching closely for any manoeuvring to revive ineffective and discredited counter-terror powers, erode our online freedoms and further divide our communities.”

By Open Rights Group: First analyses of the Queen’s Speech are focussing on what isn’t included, as a weakened Conservative Government appears to have dropped a number of its manifesto commitments but there are several worrying things for digital rights. One welcome development could be data protection legislation, to fill the options in the GDPR.

There are references to a review of Counter-terrorism and a Commission for Countering Extremism which will include Internet-related policies. Although details are lacking, these may contain threats to privacy and free speech. The government has opted for a “Digital Charter”, which isn’t a Bill, but something else.

Here are the key areas that will affect digital rights:

This isn’t a Bill, but some kind of policy intervention. Perhaps the Digital Charter will be for companies to voluntarily agree to, or a statement of government preferences. It addresses both unwanted and illegal content or activity online, and the protection of vulnerable people. The work of CTIRU and the IWF are mentioned as examples of work to remove illegal or extremist content.

At this point, it is hard to know exactly what harms will emerge, but pushing enforcement into the hands of private companies is problematic. It means that decisions never involve courts and are not fully transparent and legally accountable.

There will be a review of counterterrorism powers. The review includes “working with online companies to reduce and restrict the availability of extremist material online”.

A Commission will look at the topic of countering extremism, likely including on the Internet.

This appears to be a measure to generate ideas and thinking, which could be a positive approach, if it involves considering different approaches, rather than pressing ahead with policies in order to be seen to be doing something. The quality of the Commission will therefore depend on their ability to take a wide range of evidence and assimilate it impartially; it faces a significant challenge in ensuring that fundamental rights are respected within any policy suggestions they suggest.

A new Data Protection Bill, “will fulfil a manifesto commitment to ensure the UK has a data protection regime that is fit for the 21st century”. This will replace the Data Protection Act 1998, which is in any case being removed as the result of the new General Data Protection Regulation passed by the European Parliament last year. Regulations apply directly, so the GDPR does not need to be ‘implemented’ in UK law before Brexit.

We welcome that (at least parts of) the GDPR will be implemented in primary legislation with a full debate in Parliament. It is not clear if the text of the GDPR will be brought into this Bill, or whether it supplements it.

This appears to be a bill to at least implement some of the ‘derogations’ (options) in the GDPR, plus the new rules for law enforcement agencies, that came in with the new law enforcement-related Directive and have to be applied by EU member states.

The bulk of the important rights are in the GDPR, and cannot be tampered with before Brexit. We welcome the chance to debate the choices, and especially to press for the right of privacy groups to bring complaints directly.

Encryption is also not mentioned, but that’s because the powers will be brought in through a statutory instrument enabling Technical Capability Notices.

Executive Director Jim Killock said: “We need to ensure that Internet companies have as much incentive to fully protect free speech as they do to remove illegal content.

“We would hope that a Digital Charter’s regulatory framework will include independent or judicial oversight of material that is taken down by Internet companies. This will help to ensure that we do not simply place the free speech of UK citizens in the hands of private companies without any safeguards.

“We also hope that the reference to a world class regime for protecting our personal data will mean that the Government is committed to delivering the General Data Protection Regulation in full. We hope that the Government will give privacy organisations like Open Rights Group two important rights that are optional in GDPR. These are: to start enforcement cases without requiring to be instructed by individuals affected, and to be able to help people sue companies for privacy damages. These are vital powers that will help to improve data protection in the UK.

“We are surprised that the Queen’s Speech does not make any reference to plans to ensure that requests for communications data by the police and other bodies are independently authorised. The Court of Justice of the European Union ruled on this before Christmas and we know that the Home Office has put out a tender for businesses to help develop a new “independent communications data authorising body”. Yet the Government has still not been up front with Parliament about this important development.”