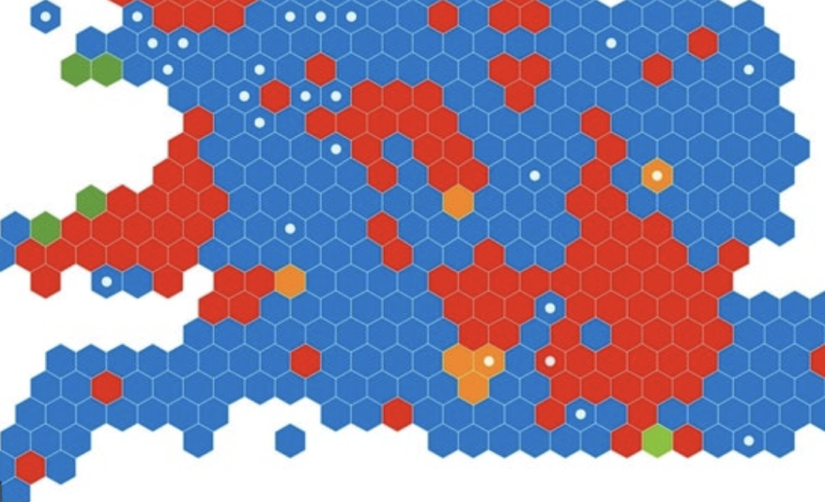 By Megan Collins: Something is deeply wrong when over 70% of votes count for nothing. That’s what Westminster’s voting system did in December’s election, according to a damning new analysis from the Electoral Reform Society.

A staggering 22.6 million people had their votes ignored, the ERS’ new report, Voters Left Voiceless, on the results of the 2019 election shows.

Of 32 million votes cast, 14.5 million went to a non-elected candidate. The remaining 8.1 million ignored ballots were surplus votes for winning candidates, above and beyond the number the needed to win, meaning that just 9.4 million votes directly contributed to the result. Under a proportional system like the Single Transferable Vote (STV), these votes would be redistributed – ensuring voters aren’t left on the electoral scrapheap.

All of this has huge implications for the issues that get heard, and people’s trust in our political system. Voters are systematically ignored, fostering a political climate of disillusionment and disengagement.

The problem affects voters differently depending on where they live or who they support. Across the UK, just over 50% of Labour voters saw their vote unrepresented (i.e. they did not support a winning candidate), while 92 per cent of the Liberal Democrats’ 3.7 million voters suffered the same fate.

“People are fed up with a toxic, divisive political system that benefits the already powerful. When parties can take power without majority support, we all lose out”

Smaller parties are hit hard, with over 96% of votes for the Green Party going unrepresented alongside all of the Brexit Party’s 644,255 votes. When one party takes all, others are left to pick up the scraps. 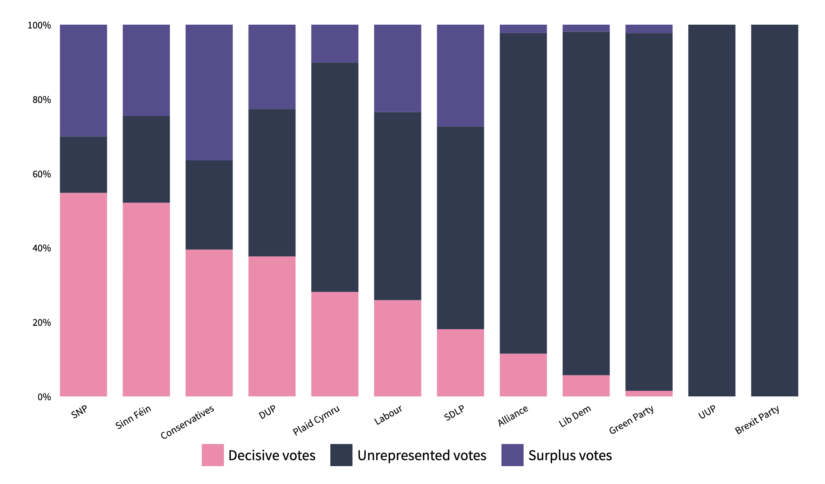 As a result, Westminster doesn’t properly represent Britain – with seats in Parliament failing to match how people actually voted. This was evident in 2019, where parties – and indeed voters – were encouraged to focus on tactics rather than policies, reflecting the dysfunctional nature of the First Past the Post system. Polling by YouGov for the ERS after the election found nearly a third of voters saying that they held their nose and voted tactically.

People are fed up with a toxic, divisive political system that benefits the already powerful. When parties can take power without majority support, we all lose out.

It’s time for a change. The UK must join most other modern democracies in delivering an electoral system that ensures that all voters are heard, no matter what party they support.

Only through a proportional electoral system, where seats match votes, can this be achieved, electing a Parliament that is truly representative of modern British society.

Rather than increasing polarisation and distrust, proportional systems help foster consensus and deliver fair representation, ensuring that all the issues we care about are taken forward to the House of Commons and all voices are heard. It is unsurprising, therefore, that much research has shown that proportional systems make satisfied voters.

Take the recent Irish General Election for example. Unlike the UK, with its growing cases of tactical voting, voters in Ireland feel they can vote for who they actually want to, meaning that – in contrast to the situation at Westminster – voters are represented fairly in the Dáil.

2019 was not the first election where the majority of voters went ignored. To make this the last time, sign our petition for a fairer electoral system that ensures all voices are heard in Westminster. And read the report here.