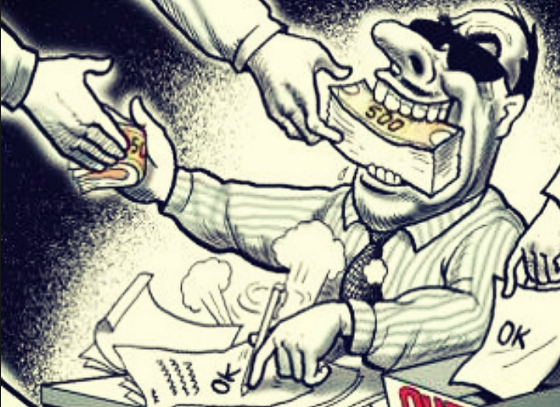 By TruePublica Editor: We have witnessed in full view how a shadowy global operation involving dark money, big data and American billionaires influenced the result of the EU referendum. If anyone still thinks that the EU referendum resulting in Brexit was democracy in action – then it’s time to wake up to reality.

Last year, TruePublica published a series of articles on the subject of how Brexit came about, one example being – “How Brexit Was Engineered By Foreign Billionaires To Bring About Economic Chaos – For Profit.” Today, vindication arrives in the form of the mainstream media falling over themselves by covering what this website was saying all along; that unregulated corporations like Facebook and foreign billionaires such as those funding organisations like Cambridge Analytica had an eye on exploiting a new market and in its wake destroyed what was left of democracy in Britain. Don’t think the Conservative party in Britain did not know what was going on – this was an engineered result.

The Verge headlines with: Cambridge Analytica’s use of Facebook data was a ‘grossly unethical experiment.’ The article gives massive wriggle-room to Facebook by saying “On Friday, Facebook announced that it had suspended Strategic Communication Laboratories (SCL) and its political data analytics company, Cambridge Analytica, for violating its Terms of Service, by collecting and sharing the personal information of up to 50 million users without their consent.”

This article is one day old and mentions nothing at all about Britain’s EU referendum, which was subject to the same treatment as the US presidential election.

Are FB really trying to tell us that they handed over 50 million customer details to a third party company – no questions asked. With one quick search we found out that SCL specialises in political manipulation using military style tactics and strategies.
Being charitable you could say that FB took the money irrespective of the consequences. But it is far more likely that there is more to this story than meets the eye.
Carole Cadwalladr from the Observer/Guardian is vindicated as well with her Cambridge Analytica Files:  “For more than a year we’ve been investigating Cambridge Analytica and its links to the Brexit Leave campaign in the UK and Team Trump in the US presidential election.” Her latest article confirms what we have been reporting – that the British electorate has been subject to a campaign equivalent to cyberwarfare.
This is confirmed with Cadwalladre writing – “Its (SCL) defence arm was a contractor to the UK’s Ministry of Defence and the US’s Department of Defense, among others. Its expertise was in “psychological operations” – or psyops – changing people’s minds not through persuasion but through “informational dominance”, a set of techniques that includes rumour, disinformation and fake news. SCL Elections had used a similar suite of tools in more than 200 elections around the world.”
SCL’s offices are described as being a place of “cutting-edge cyberweaponry.” Russia, Facebook, Trump, Mercer, Bannon, Brexit – every one of these threads runs through Cambridge Analytica says the article.
The Facebook data story along with the threads that left crumbs for us to follow is now out in the open and the damning evidence needs further official scrutiny.
Britain’s Information Commissioner is now forced into seeking a warrant to Cambridge Analytica’s systems. Facebook cannot simply deny its dubious role. If nothing else having $37 billion wiped off the share value of Facebook in little more than one day will worry investors enough to question its CEO as it goes from one crisis to the next in different countries around the world.
The Guardian ends up by quoting Tamsin Shaw, a philosophy professor at New York University, and the author of a recent New York Review of Books article on cyberwar and the Silicon Valley economy. She said she’d pointed to the possibility of private contractors obtaining cyberweapons that had at least been in part funded by US defence and points out that “the whole Facebook project” has only been allowed to become as vast and powerful as it has because of the US national security establishment.

At TruePublica we were able to connect the dots.  That these corporations, their billionaire facilitators, the American ‘deep state’ and certain members of the Tory party effectively attacked Britain by skirting around democracy with new technologies. They have now handed over to the next stage in the campaign to take over Britain. This scandal has since been overshadowed by the current political elite lying though their teeth on the Novichok/Russia scam to divert the story of massive political meddling by our so-called ally from across the pond.

The Brexit negotiations will fundamentally fail, as they have been all along, paving the way for new corporate freedoms not witnessed in Britain by handing them over to American corporations.
As George Monbiot wrote recently – “When corporations free themselves from trade unions, they curtail the freedoms of their workers. When the very rich free themselves from tax, other people suffer through failing public services. When financiers are free to design exotic financial instruments, the rest of us pay for the crises they cause.”

Now that the EU referendum result is what it is – the next attack is coming from within.
An unprecedented drive to lobby ministers to ditch strict EU safety standards in order to secure a US trade deal has ben drawn up by a transatlantic group of conservative thinktanks. The Guardian reported only last month that these “shadow trade-talks” include nearly a dozen leading rightwing and libertarian groups from the UK and the US. They are are preparing to push their “ideal free trade agreement” that would allow the import of US meats, drugs and chemicals banned in Britain.
These often shadowy groups, again funded by dark money, are pushing for, amongst other things, environmental protections to be lifted. The project is being overseen by the Initiative for Free Trade (IFT), an organisation founded by the hard-Brexit advocate and Tory MEP Daniel Hannan.
That deal includes Britain recognising US standards. The Guardian continues: “US exporters of agricultural produce – beef, for instance – would have a brand new market to sell to, and British consumers a cheaper alternative to the current options.” That cheaper option as they put it is laced with growth hormones, antibiotics, GMO feed and quite probably other undisclosed chemicals.
Greenpeace UK’s policy director Dr Doug Parr said: “This network of secretive pressure groups is trying to hijack US-UK trade talks to impose its anti-regulation agenda. They want a free-for-all Brexit that waters down rules on food safety, animal welfare and nature protection. It’s the exact opposite of the green vision promised by Theresa May.”
A spokesperson for the IFT said of the leaked document where this information emanated from – “If consumers don’t want to buy products made to different standards to our own, they will see the US flag on the packet and not buy it.” That is exactly the type of response you’d expect from a free marketeer who cares nothing at all for public protection systems built up over the generations.
Professor Luis Suarez-Villa (Social Ecology and of Planning, Policy and Design at the University of California, Irvine) wrote in the FT recently:
“The largest, wealthiest corporations have gained unprecedented power and influence in contemporary life. From cradle to grave the decisions made by these entities have an enormous impact on how we live and work, what we eat, our physical and psychological health, what we know or believe, whom we elect, and how we deal with one another and with the natural world around us.
At the same time, government seems ever more subservient to the power of these oligopolies, providing numerous forms of corporate welfare—tax breaks, subsidies, guarantees, and bailouts—while neglecting the most basic needs of the population.”
This is what America has in store for us – a system of legalised corruption on a grand scale. John W Whitehead, constitutional attorney in the USA writes in his article  “The Government Is Still the Enemy of Freedom‘ – “Truth be told, we live in a dictatorship disguised as a democracy where all that we own, all that we earn, all that we say and do—our very lives—depends on the benevolence of government agents and corporate shareholders for whom profit and power will always trump principle. And now the government is litigating and legislating its way into a new framework where the dictates of petty bureaucrats carry greater weight than the inalienable rights of the citizenry.”
Having ruined their own country for profit, they are coming to ruin another for profit, but this time, it’s ours. Britain.
As mentioned right at the beginning of this article – If anyone still thinks that the EU referendum resulting in Brexit was democracy in action – then it’s time to wake up to reality.
After all, why would the Government Make It Illegal For Corporations To Speak About Brexit?